"Could those with surpluses do a little something?" Lagarde said in the interview with the Financial Times published on Monday. "Clearly Germany has done an awfully good job in the last 10 years or so, improving competitiveness, putting very high pressure on its labor costs," Lagarde said. "When you look at unit labor costs in Germany, they have done a tremendous job in that respect. I'm not sure it is a sustainable model for the long term and for the whole of the group. Clearly we need better convergence."

She said she spoke to German Finance Minister Wolfgang Schäuble almost daily, but added: "The issue of imbalances is not one we address readily." She indirectly criticized Germany's export strength, saying: "You can't ask one player, as big as it is, to pull the whole group. But clearly there needs to be a sense of common destiny that we have together with our partners."

Lagarde's appeal to Germany breaks a taboo: just before a meeting of euro zone finance ministers in Brussels on Monday, she has expressed something that several EU states have long been unhappy about. The Greek debt crisis has exposed major economic differences within the 16-nation euro zone that have weakened international confidence in the single currency. Countries such as Greece lag far behind in terms of economic competitiveness and are now under intense pressure to reform their labor market and welfare systems.

Compared with other euro countries, Germany got through the financial crisis relatively unscathed. A large part of its exports go to other euro zone countries.

Since the start of the global economic crisis, there has been increasing annoyance at countries that run large trade surpluses, such as Germany. There's a feeling that Germany has been gaining advantages at the expense of its neighbors through a policy of keeping down wages, which has been making German products increasingly attractive compared with foreign competition.

The German government is aware of the criticism. In February, SPIEGEL reported that German Finance Ministry staff were gathering arguments for their minister to counter any criticism of Germany's export surplus from the European Commission. The German parliament's representative office in Brussels had also warned Berlin of the brewing concerns, Bild newspaper reported on Monday.

The German Finance Ministry argues that German firms are competitive because of their own corporate decisions and the preferences of consumers around the world, not because of any government policies. In addition, German officials say, the countries now in economic trouble only have themselves to blame because they spent years living above their means. The financial and economic crisis had exposed their weaknesses.

Many economists agree with the German position. They describe states like Portugal and Greece as deficit countries whose competitiveness has slipped steadily since they joined the euro. Instead of reforming their economies, those countries kept on running up debt with the help of the euro zone's low interest rates. The financial crisis and the government programs to combat the recession exacerbated their fiscal problems. The Greek budget deficit rose to 12.7 percent of GDP last year. Spain too has a double-digit budget deficit, far above the three percent limit set by the Maastricht Treaty ion European Union.

Brussels is aware that the problems of the crisis-hit euro countries are homemade. But the Commission nevertheless wants Germany to boost its domestic demand, increase investment in infrastructure and enhance competition in its service sector. The Commission believes that monetary union can only survive in the long run if governments enact reforms and coordinate their economic policies more. 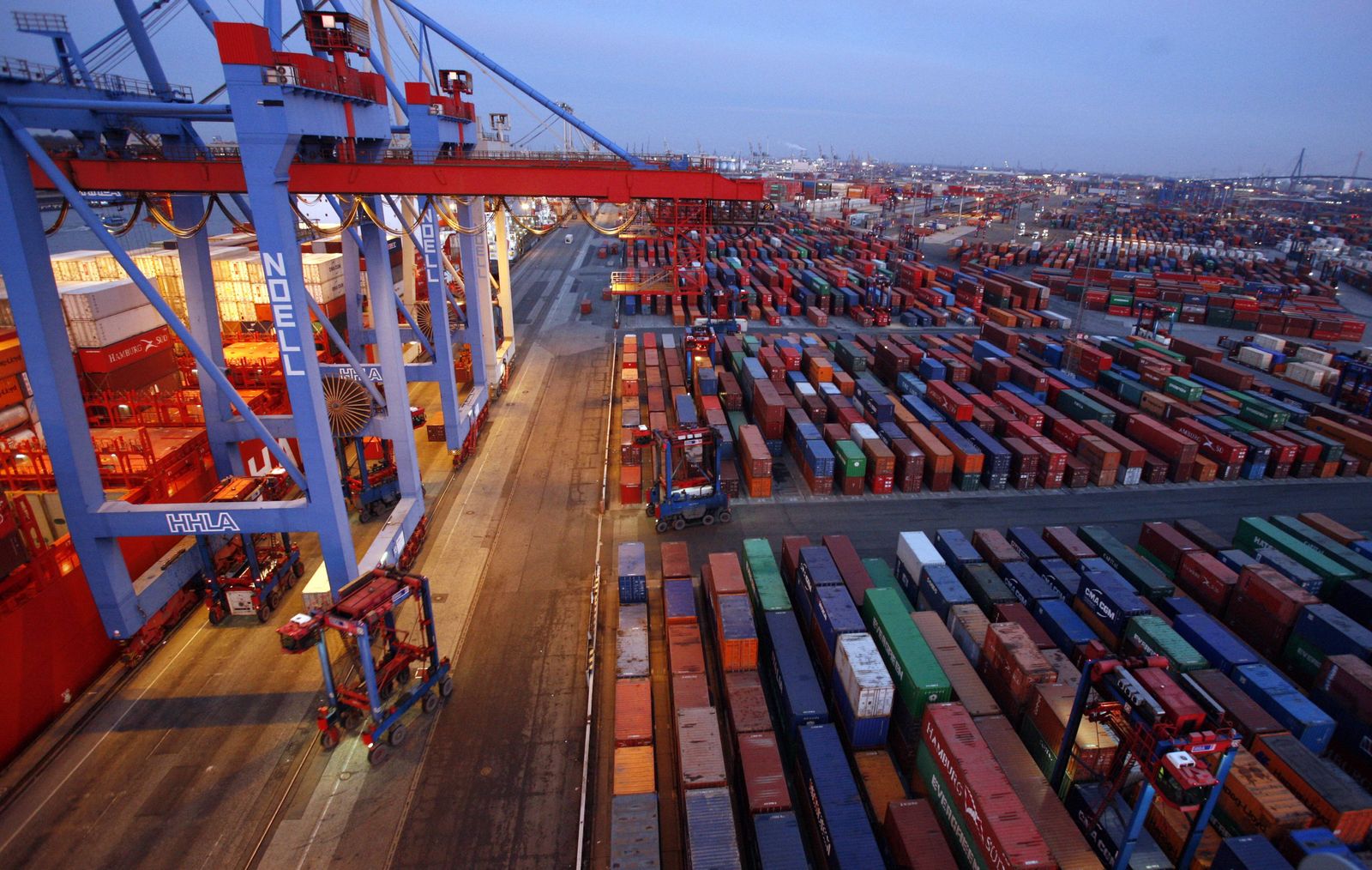 Containers being loaded in the port of Hamburg