The European Central Bank (ECB) is responsible for determining the monetary policies of 17 countries, but each country decides for itself what it should spend and how much level of debt it can sustain. Most experts agree that the euro is incapable of surviving this faulty design. By now, many bold visions have emerged for the future architecture of the euro zone. But it is still questionable how realistic they are -- despite the severe crisis, the nation states of Europe are still unwilling to give up sovereignty.

"There is some good news," says Henrik Enderlein. The German economist believes the currency can be saved if countries are willing to do the minimal amount of deeper integration that is absolutely necessary to rescue the euro. Together with eight other prominent experts from several European nations, Enderlein has in recent months worked out a proposal for saving the euro that is likely to draw greater attention than previous efforts. The Paris-based think tank Notre Europe released the report, titled "Completing the Euro" and completed under the auspices of former European Commission President Jacques Delors and former German Chancellor Helmut Schmidt, on Tuesday.

The ideas also have weight because they are expected to be considered as part of proposals being prepared by Herman Van Rompuy, the president of the European Council, the powerful body that represents the leaders of the 27 EU member states, and ECB President Mario Draghi. It is expected that those proposals will be presented to EU leaders at this week's summit in Brussels.

In addition to completion of the internal market, Enderlein and his colleagues are also calling for a banking union with a central regulatory authority for financial institutions and a unified deposit protection fund for customers' savings, inspired by the United States' Federal Deposit Insurance Corporation. The experts also have two proposals in their bag that look like classic compromises and, thus, may have good chances of being implemented.

One calls for a strengthening of fiscal surveillance of national budgets. If a country no longer had access to financial markets, it would incrementally give up sovereignty over its budget, following the principle that "sovereignty ends when solvency ends." In these cases, a European Debt Agency would be activated that would back all countries that are part of the common currency zone.

If a country threatened with insolvency only needed to borrow a small amount from the common lending pot, then the conditions for reform it had to accept would be small. But the larger the need, the greater the amount of decision-making sovereignty the country would have to give up.

The idea behind the proposal is to reconcile the Southern European call for euro bonds with the German dictate that joint liability can only be acceptable if accompanied by a corresponding surrender of decision-making autonomy.

The second proposal is also based on the principle of collective control. Under the plan, in addition to an EU budget, a stabilization fund would also be established that could help to compensate for economic fluctuations. The fund would be controlled by all national parliaments.

If it were in place now, the Southern European countries would be able to obtain aid from it, would not be forced to economize as much and would be able to stop themselves from spiralling downward economically. And if Germany were to one day fall into recession, then the federal government's budget would also be propped up with billions of euros from Brussels. 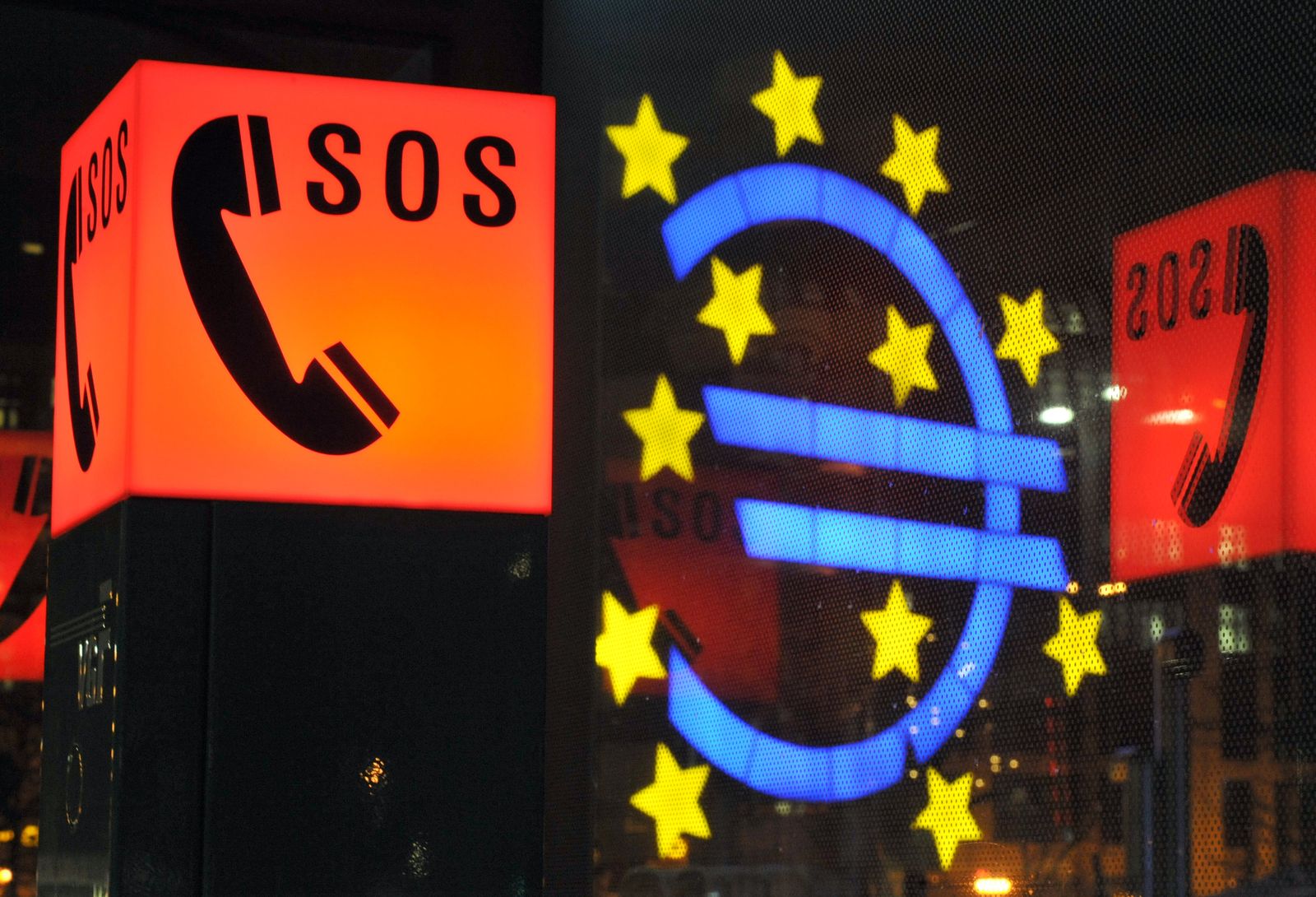 The think tank Notre Europe (Our Europe) has released its prescription for a healthier euro. Here, the euro symbol sculpture in Frankfurt.