Four and a half months after Catherine Ashton took office as the European Union's high representative for foreign affairs, doubts are increasing about her suitability for the post.

Ashton has no ideas and no plan, criticizes Inge Grässle, a member of the European Parliament for Germany's center-right Christian Democratic Union (CDU). Ashton is "simply out of her depth" when it comes to setting up the EU's new diplomatic service, the European External Action Service (EEAS), Grässle told SPIEGEL. Things are "totally on the wrong track," she added.

Different EU institutions are engaged in a power struggle over what form the EEAS should take. Amidst the wrangling, the idea of an efficient European diplomatic corps with up to 7,000 staff has "fallen by the wayside," complains Green Party Member of the European Parliament (MEP) Franziska Brantner.

Elmar Brok, a CDU MEP who is the Parliament's official rapporteur on the EEAS, has even threatened a blockade. If the scramble for influence continues, there will be "no resolution" in the European Parliament and hence "no EEAS," he said.

The European Parliament released a statement on Friday that was critical of the proposed structure of the EEAS which Ashton unveiled last month, with their main objections including convoluted decision-making procedures in key areas and the fact that the EEAS is not accountable to the parliament. MEPs also want the position of EEAS secretary-general, which would be Ashton's deputy, to be a political appointee, not a civil servant.

The parliament has the power to block the EEAS budget if it does not like the structure of the service. EU foreign ministers are scheduled to discuss and possibly pass Ashton's proposal on April 26.

Ashton, who with a basic annual salary of around €323,000 ($435,000) is probably the world's highest-paid female politician, was chosen by EU leaders as the bloc's first high representative for foreign affairs in November 2009. Many observers criticized the choice, given the British politician's low profile and lack of foreign affairs experience. Since then she has been the focus of repeated criticism.

According to sources in the European Parliament, current British Foreign Secretary David Miliband is already being discussed in Brussels as "a good substitute" and possible successor to Ashton. 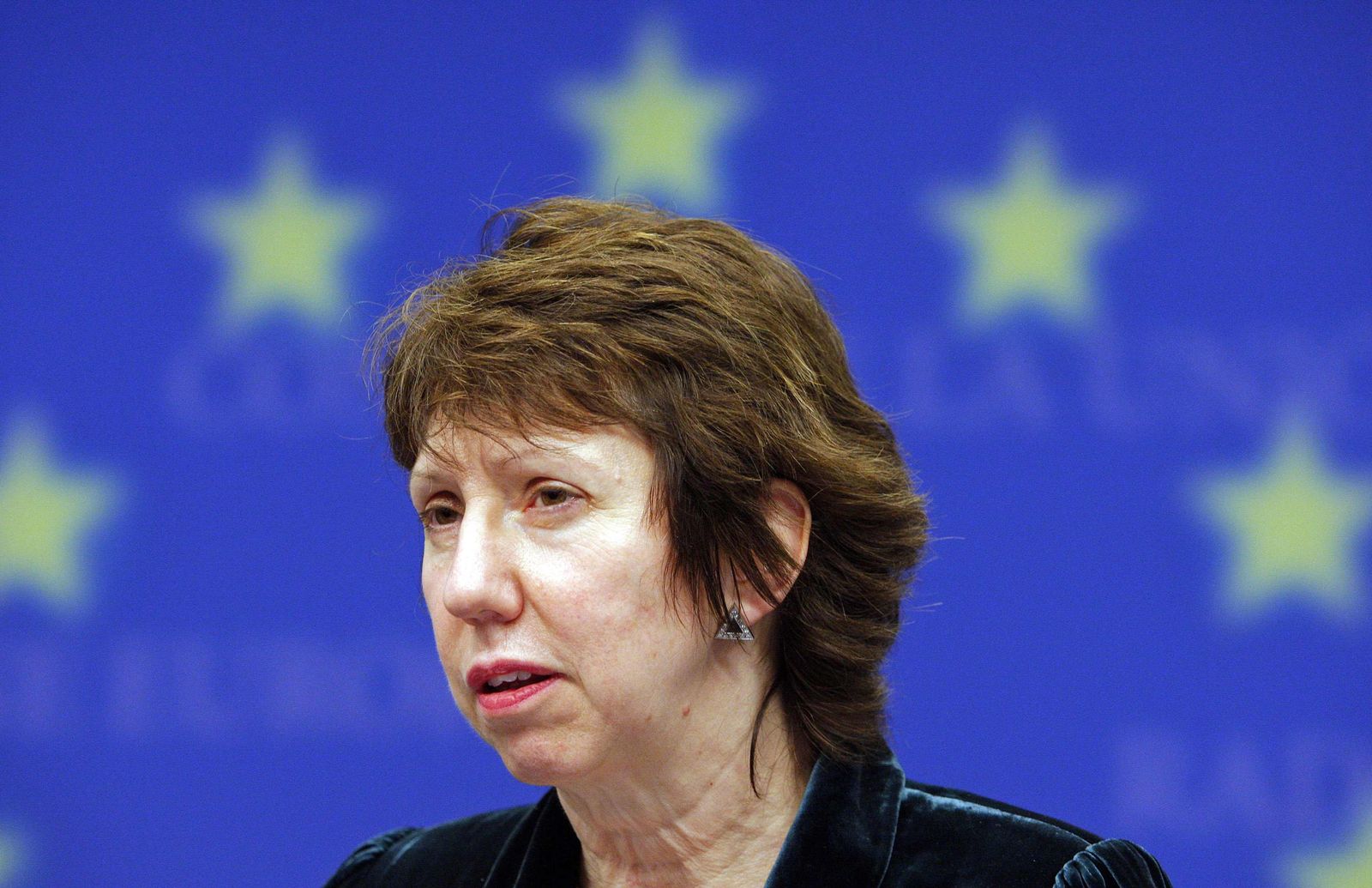 Catherine Ashton is coming under increasing fire over her alleged unsuitability for the role of EU high representative for foreign affairs.