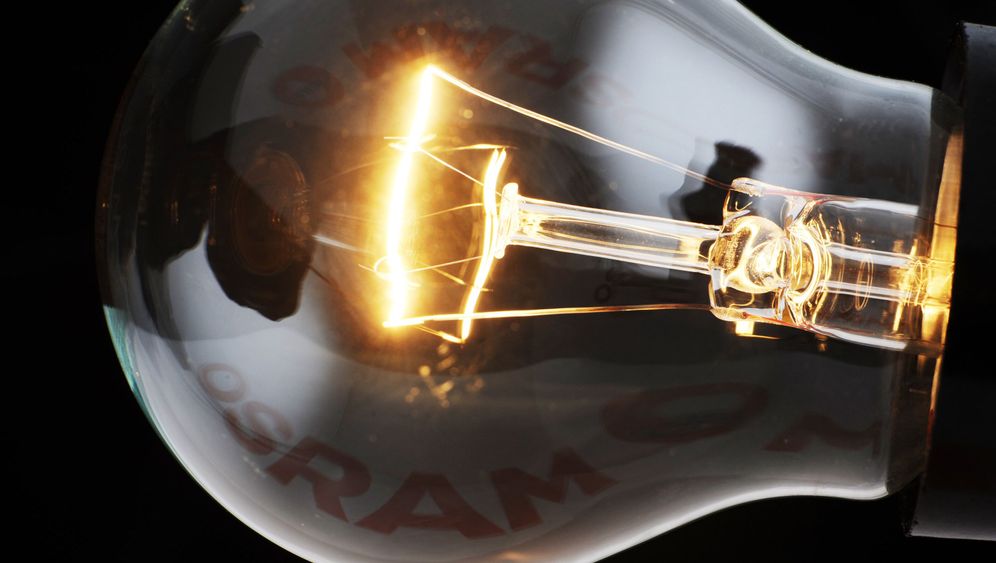 From the front, the item the defendants dragged into the courtroom looked like an ordinary mobile heater: a vertical, slightly ribbed metal plate with a power cable. Only when seen from the back did the device reveal itself to be a battery of interconnected 100-watt light bulbs. Packed closely together, the bulbs heat the metal plate, which in turn radiates heat into a room.

This was the way the "Electric Resistance Society" was trying to circumvent European Union bans and bring traditional incandescent light bulbs back to Europe. It argued that there could be no legal objection to selling them as miniature heating units for homes.

But the judges at the administrative court in the western German city of Aachen were not impressed by Siegfried Rotthäuser and Rudolf Hannot's attempt to outsmart the system. The judges prohibited the sale of 40,000 "Heatballs" seized by customs authorities that the two engineers had had made in China. In fact, the "Heatballs" were nothing but ordinary tungsten light bulbs. And that makes them hot goods since the European Commission issued Regulation No. 244/2009. The regulation calls for a gradual ban on sales of all traditional incandescent light bulbs. The first to go were 100-watt bulbs, on Sept. 1, 2009, and it will cover all remaining bulbs as of Sept. 1, 2012.

The reason is that incandescent light bulbs waste 95 percent of the energy they consume. If the EU's climate objectives are to be met, the reasoning goes, Europeans can no longer afford to use such energy-gobbling devices. As a result, the classic -- and popular -- light bulbs have been gradually disappearing from store shelves in the EU.

Now that 100-, 75- and 60-watt bulbs have already been eliminated, as of Sept. 1 the smaller 25- and 40-watt bulbs will also slowly disappear from the lives of 500 million Europeans -- without any of those citizens having ever been asked about the ban. Nowhere is the bureaucratic influence of European government agencies as powerful as in the delirium of energy efficiency.

"The EU has made a decision without consulting citizens and, in doing so, it has massively intervened in our quality of life," says Hannot, the light-bulb activist. This paternalism and lack of transparency almost aggravates him more than doing without the stronger, warmer light of incandescent light bulbs. The makers of the documentary film "Bulb Fiction" even speculate that the European light-bulb lobby, including major companies like Philips and Osram, are behind the demise of the cheaper incandescent light bulb given the much larger profit margins associated with more expensive energy-saving light bulbs.

But there is also someone else behind the phase-out of incandescent bulbs: Sigmar Gabriel, the current chairman of the center-left Social Democratic Party (SPD), Germany's largest opposition party.

The 53-year-old -- who is undoubtedly a shining light for the Social Democrats today -- wanted to make a name for himself in 2007, when he was the federal environment minister. At the time, Germany was ruled by a grand coalition made up of the SPD, Chancellor Angela Merkel's center-right Christian Democratic Union (CDU) and its Bavarian sister party, the Christian Social Union (CSU), and Germany had just assumed the six-month rotating presidency of the European Council presidency in Brussels. Gabriel was seeking the international spotlight.

In February, after Australia announced a ban on incandescent light bulbs, Gabriel wrote to the EU environment commissioner, saying: "Europe can no longer afford products with a degree of efficiency of only 5 percent, such as conventional light bulbs."

He proposed using the Ecodesign Directive, drafted in the European Parliament in 2005, as the legal basis for a ban in Europe. Under the directive, products that consume energy must be designed to be as energy-efficient as possible.

The EU parliamentarians were just as enthusiastic as the Council of the European Union. Perhaps it was because a ban on incandescent light bulbs, which would be relatively easy to implement, would enable them to score some quick victories on the climate front. After all, the EU's pledge to reduce carbon dioxide emissions by 20 percent by 2020 was highly ambitious from the start.

Death Blow to the Tungsten Wire

The proposed light-bulb ban had come along at just the right time, and it was up to the Commission to develop the necessary directives. The complicated EU process known as comitology, whereby its legislative bodies delegate detailed implementing measures to the executive, had begun. Since then, the issue has been an ongoing topic in back-room meetings in Brussels.

In a preliminary study, experts working with representatives from both industry and environmental groups developed a working document. In March 2008, the document was submitted to the Ecodesign Consultation Forum, which includes representatives of the member states as well as lobbyists for industry and NGOs.

In the end, a win-win situation seemed to have been created for (almost) everyone. The industry could sell its expensive energy-saving light bulbs, bulb designers would receive new commissions for the necessary light bulbs and environmental organizations and politicians could claim credit for a success in the fight against climate change.

The regulatory committee approved the proposal on Dec. 8, 2008, and none of the member states raised any objections. At this point, while lawmakers seemed to have been asleep at the wheel, the general public still had no idea about what was being cooked up for them. Finally, when the European Commission adopted Directive 244/2009, on March 18, 2009, the fate of the tungsten wire was sealed.

To this day, environmental groups from Greenpeace to the German Environmental Aid Association (DUH) welcome the mandatory switch to the energy-saving light bulb. But for chemist Michael Braungart, the new products are "a crime" owing to the highly toxic mercury they contain. "In the name of protecting the environment, the EU is forcing its citizens to bring toxic waste into their homes," says Braungart, who calls the legislation "perverse."

In a 2010 study, the German Federal Environment Agency (BMU) concluded that if one of the bulbs is accidentally broken, it is sufficient to simply open the windows and air out the space. But even if the bulbs are not broken, disposal is problematic. Since the EU does not require retailers to take back the bulbs, 80 percent end up in household garbage, leaving the mercury to ultimately seep into the soil or groundwater.

"It's still less than would be released if we had to produce the energy we save in coal-fired power plants," counters the DUH.

But as much as opinions diverge on energy-saving light bulbs, there is widespread agreement over the problematic nature of decision-making procedures in Brussels. The EU's two legislative bodies, the Council of the European Union and the European Parliament, had actually meant to use the 2009 Lisbon Treaty to wrestle back some authority from the European Commission, its executive body. But, instead, the bureaucracy has become even more powerful.

After a tough battle, the following solution was eventually rubber-stamped: The Commission can adopt laws via either a "delegated act" or an "implementing act." In the former case, it is no longer necessary to involve an expert committee or engage in any consultations. The European Parliament merely has a right of revocation and a deadline for objections.

In the case of implementation authority, the Commission must consult with a committee consisting of representatives of the member states. Depending on the procedure, this committee can obstruct Commission proposals or merely provide consultation -- but it doesn't have a veto. Lawmakers decide on which procedure will apply in a given case.

For Holger Krahmer, a member of the European Parliament for Germany's business-friendly Free Democratic Party (FDP), the reform is a complete failure. "We are heading for a dictatorship of bureaucrats," he says. Krahmer is on the energy committee, which is using the Ecodesign Directive to make more and more products more energy-efficient.

For example, plans call for mandating that the heating plates of coffee makers are designed to only stay on for a specific amount of time. Vacuum cleaners are supposed to become more efficient with the additional of moveable suction mouths. Laundry detergent could be reformulated so that it dissolves fats at only 20 degrees Celsius (68 degrees Fahrenheit). And laundry itself could soon be cleaned using microwave or vacuum technology.

A debate over the showerhead of the future is also causing a certain amount of stress. Germany opposes water-saving showerheads. The country's sewage pipes already threaten to dry up today because water-saving plumbing devices are making it so that not enough water is being flushed through the system. Everything from stoves to heating systems, ovens, windows and insulation is being tested and made more efficient by the EU.

When a refrigerator makes a beeping noise because the door has been left open too long, it's probably because of the efforts of people working for EU Energy Commissioner Günther Oettinger. It might not even be long before bureaucrats will be telling Europeans how brown their toast and how hot their showers can be.

The German think-tank Centre for European Policy (CEP) is also skeptical. "Instead of enacting laws, lawmakers are now supposed to block them," says spokesman Ralf Jaksch, noting that the new procedures are "difficult to reconcile with the fundamental principles of democracy." For Sven Giegold, a member of the European Parliament with Germany's Green Party, the ability to monitor decisions depends heavily on the commitment of individual members. But even the flood of information is increasingly overwhelming even the most industrious. "Perhaps our economic system has now become too complex for a democracy," he says. 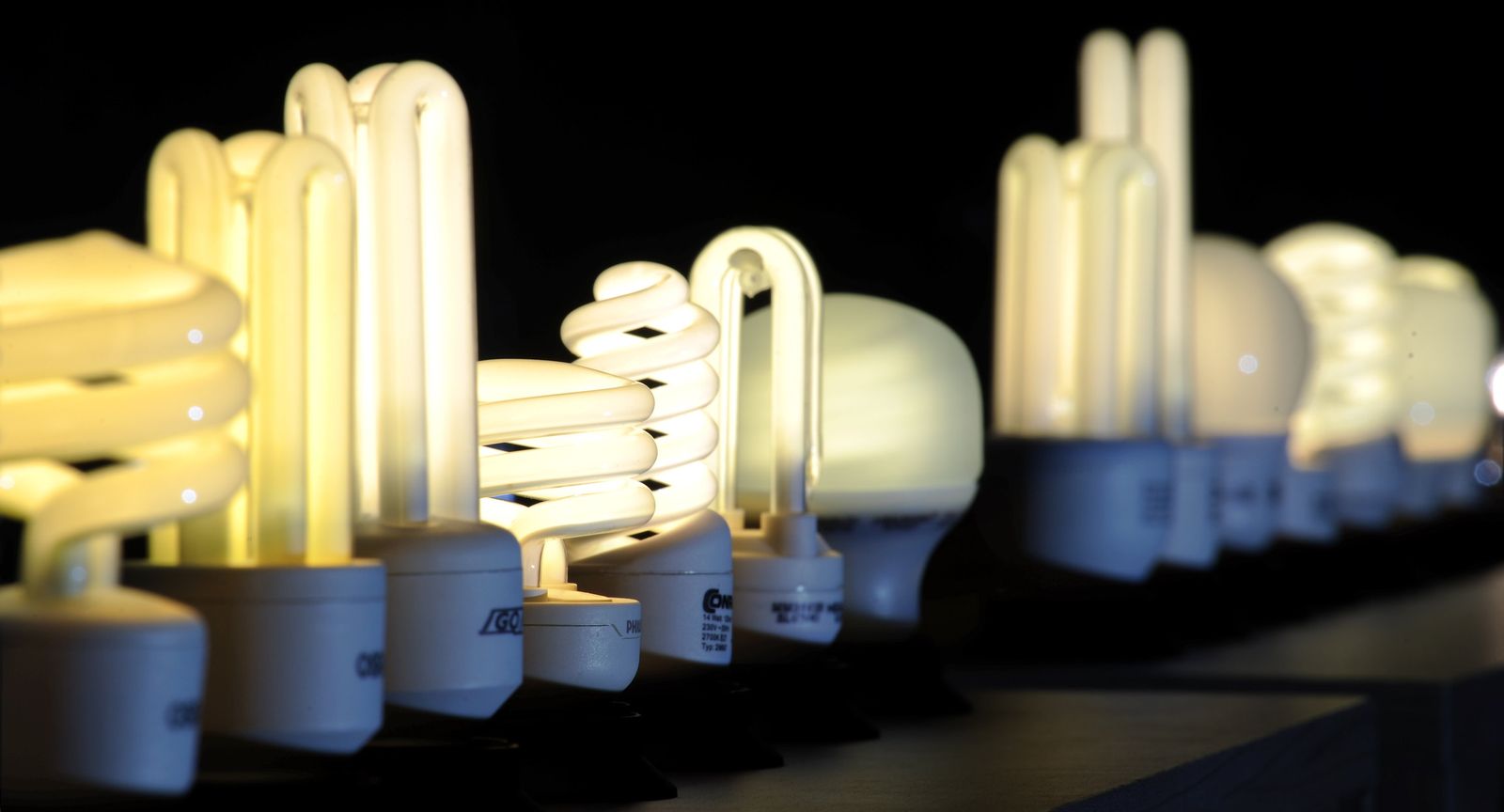 Various energy-saving light bulbs: Now that 100-, 75- and 60-watt bulbs have already been eliminated, as of Sept. 1 the smaller 25- and 40-watt bulbs will also slowly disappear from the lives of 500 million Europeans -- without any of those citizens having ever been asked about the ban. Nowhere is the bureaucratic influence of European government agencies as powerful as in the delirium of energy efficiency.