Some three years ago, Europeans lauded new weapons export rules meant to control the trade of military technology and equipment as "milestones." The "Security-related export controls II" rules state that export approval should be avoided in the event that weapons "might be used for undesirable purposes such as internal repression or international aggression or contribute to regional instability."

But it appears that some European Union members are disregarding these rules when it comes to Saudi Arabia. A European Commission summary obtained by SPIEGEL shows that combined exports from member states amount to the EU being the world's largest exporter of weapons to the Middle Eastern country. In 2010, member states delivered at least €3.3 billion ($4.34 billion) worth of military equipment and licenses to Riyadh.

Sweden, for example, helped the Saudis build a missile factory and sold them some €330 million in defense technology in 2011. Meanwhile, Finland recently received an export permit to deliver 36 grenade launchers, and Germany is preparing 270 Leopard 2 tanks for delivery. Great Britain is providing fighter jets.

There seems to be little EU interest in the fact that the Saudis have used their tanks to help their neighbor Bahrain crack down on the Arab Spring movement and also happen to be enmeshed in what security experts in the region call a "cold war" with Iran.

But the weapons deals are still controversial in Stockholm, Helsinki and Berlin. Rolf Lindahl, arms trade secretary of the Swedish Peace and Abitration society described the deal completed between the Saudis and the Swedish Defense Research Agency (FOI) to build a missile factory in the Saudi dessert as "horrible." "With (the factory), we are legitimizing one of the most brutal regimes in the world," he added.

The news of the EU's arms export details coincided with the Monday release of a report by the Stockholm International Peace Research Institute (SIPRI) that showed the volume of the worldwide weapons trade has increased by 24 percent over the last five years -- despite efforts to curb it.

The world's biggest weapons exporters, the United States and Russia, sold 30 and 24 percent of the total deliveries, while Germany took third place with 9 percent.

China's rise as a weapons exporter has been particularly striking, SIPRI expert Mark Bromley said. Pakistan has been the country's best customer, buying up ships and fighter jets. Meanwhile, neighboring India became the world's biggest weapons importer, buying 10 percent of the world's exported weapons. Most are purchased as part of India's efforts to defend itself against neighbor and arch enemy Pakistan and for domestic anti-terror initiatives. Other important importing nations in Asia include South Korea, China and Singapore.

But the most distressing development has been in Syria, where SIPRI reported imports had spiked by 580 percent since 2002. Some 72 percent of these were provided by Russia, which continues to deliver weaponry to President Bashar Assad's regime despite an embargo imposed by the US and EU in an effort to halt his brutal crackdown on a civil uprising there. The United Nations estimates 8,000 Syrians have been killed in the conflict so far.

Among Russia's deliveries to Damascus between 2007 and 2011 were air defense systems and anti-ship missiles, which have not been useful in fighting rebels within the country. They have nevertheless increased Syria's capability to combat a military intervention from the outside, SIPRI researcher Pieter Wezeman says. "They increase the risks involved in and therefore the threshold for foreign military intervention like the NATO operation against the Gadhafi regime" in Libya, Wezeman said.

The organization did not report on developments in weapons deliveries since the uprising began in March 2011, but researchers said they believed the Arab Spring had only had a limited effect on the industry. An earlier SIPRI report released in February estimated that global weapons exports in 2010 totalled $411 billion. 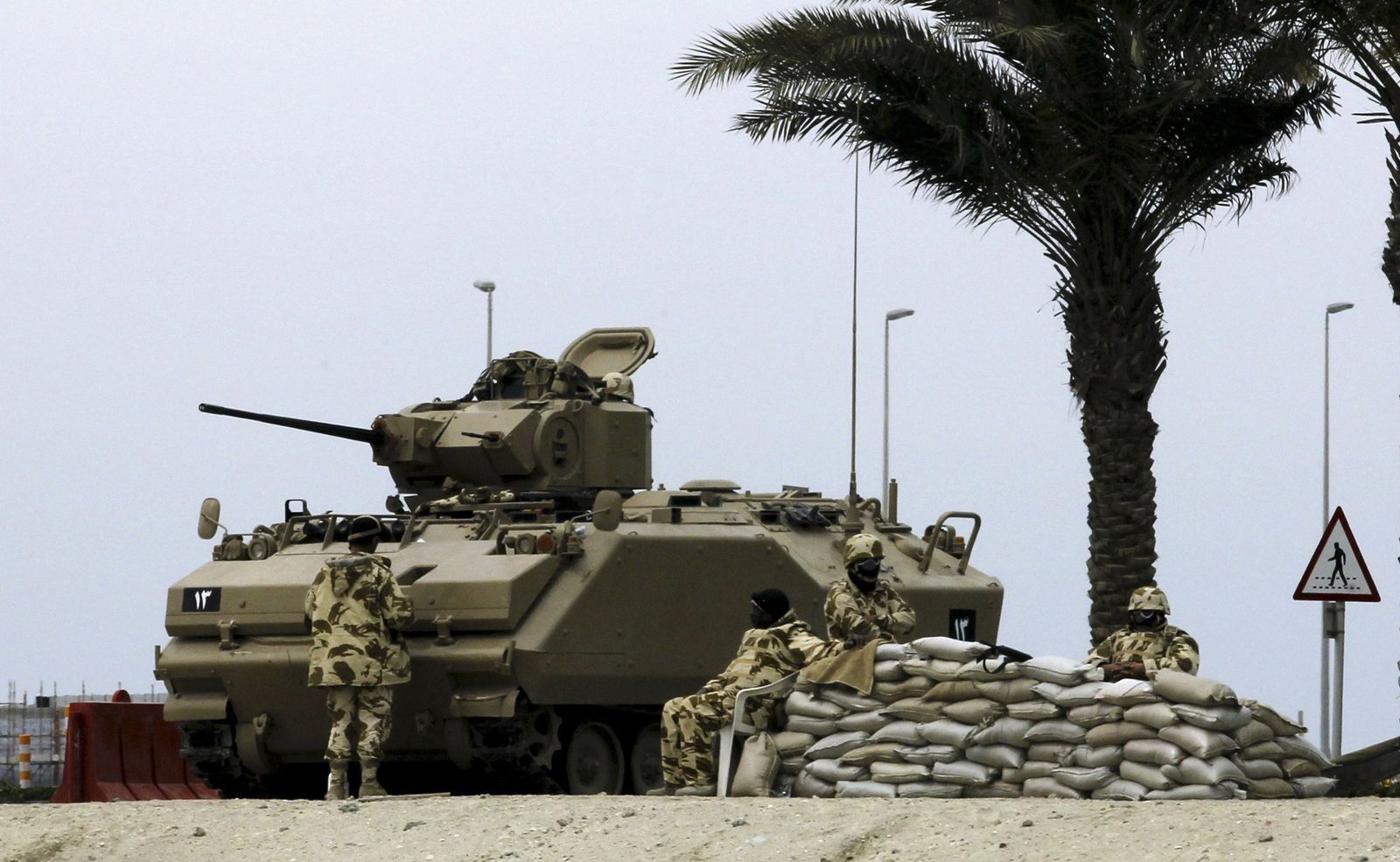 A tank guards a Bahrain harbor during unrest there in March 2011.