The European Union is planning to discuss softening the terms of its international bailout for Greece, regardless of the outcome of the June 17 election, German business daily Financial Times Deutschland reported on Wednesday.

The paper cited unnamed EU sources saying that there was no way around a renegotiation if Greece was to remain in the euro zone. It is unclear how many concessions the EU is prepared to make. "We will do our utmost to keep Greece in the euro zone while it is respecting its commitments," European Council President Herman Van Rompuy said on Tuesday.

But Greece is already in breach of those commitments, Financial Times Deutschland reported. It said that the troika of EU, European Central Bank and International Monetary Fund believes that Greece has made virtually no progress on the reforms and cutbacks it agreed to in return for receiving the second bailout package totalling €130 billion ($162 billion). "The program is off track," one official told the newspaper.

The EU's signal that it is ready to allow Greece more leeway is aimed at boosting Greek support for the two former governing parties, conservative New Democracy and Socialist party PASOK, which agreed the bailout terms.

Brussels fears that the far-left Syriza party of Alexis Tsipras may win the Greek election and carry out its pledge to abandon the austerity measures -- a move that could tip Greece into bankruptcy and force it out of the currency in a dangerous new escalation of the euro crisis.

Germans Want Greece Out of the Euro

Meanwhile, German public support for the EU's crisis management strategy is starting to decline. According to a survey published by polling institute YouGov on Wednesday, 69 percent of Germans think Greece should leave the euro, and only 17 percent want it to stay in.

Just days ahead of Greece's make-or-break election on June 17, there is mounting concern in financial markets about the stability of Italy, the euro zone's third-largest economy. Prime Minister Mario Monti told German radio on Tuesday that his country will not need a bailout. He called on the markets and financial observers "not to be governed by clichés or prejudices."

"I understand that Italy could have been associated with the idea of an undisciplined country in the past," he said, adding, "now it is more disciplined than many other European countries."

"Our country pays through its financial contribution ... to support Greece, Portugal, Ireland and now Spain. And now it also pays through extremely high interest rates because of tensions on the markets," he added.

Italian 10-year bond yields have surged past six percent ths week, raising fears that it too may have to follow Spain, Portugal, Ireland and Greece in seeking EU aid. 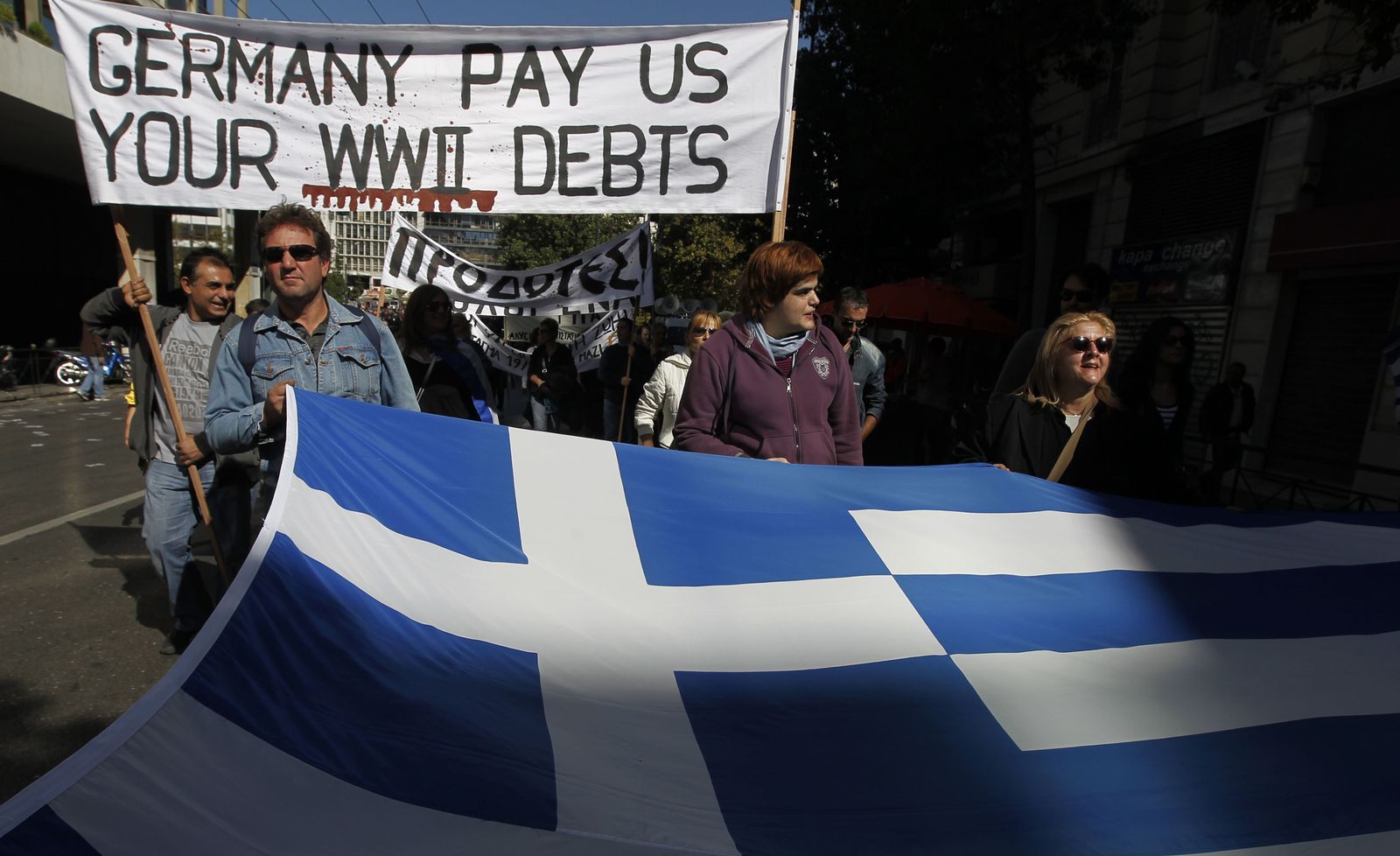