European Union leaders convened in Brussels in late April for an emergency summit on the refugee crisis, which came to a head over the course of a few weeks that saw thousands of migrants drown trying to cross the Mediterranean. Negligence on the part of EU member state governments was partly to blame for the tragedy, with the Italian coast guard left alone to cope with the problem. The various leaders assembled in Brussels were eager to take decisive action -- and to identify an enemy.

"We agreed that we need to tackle the traffickers' pernicious business model at its roots," said German Chancellor Angela Merkel. Military action could not be ruled out, including the destruction of boats used by smugglers. Federica Mogherini, the EU's high representative for foreign affairs and security policy, was tasked with drawing up a proposal for an EU-led military operation.

Two weeks later, Mogherini briefed the UN Security Council on plans for a resolution authorizing the use of force. They amount to a declaration of war on human-trafficking, as evidenced by the fact that the draft paper was classified as top secret by the European External Action Service, the EU's diplomatic service. It outlines full-scale military action in the Mediterranean and North Africa.

The EU is clearly pinning its hopes on deterrence. Rather than considering accepting a greater number of asylum-seekers, aiming for their more even distribution throughout the bloc or drawing up a new refugee policy worthy of the name, the powers-that-be in Brussels are focusing on efforts to keep migrants away from EU shores.

Yet there is no precedent for such an uncertain mission in the history of the EU's Common Security and Defense Policy. The 30-page "Crisis Management Concept" outlines how the EU should respond in the future. In order "to disrupt the business model of the smugglers," "systematic efforts" are need "to identify, seize and destroy vessels and assets before they are used by smugglers."

The plan calls for EU soldiers to destroy smugglers' boats before they can be used. It states that keeping these operations safe from armed militias through "robust force protection" will also be required, as will "special forces units," satellite surveillance, landing craft and "boarding teams."

A map shows the ambitious scale of the planned area of operations. It suggests that the EU campaign will be focused on Libya's territorial waters as well as parts of Egypt's and Tunisia's ports and dockyards in coastal areas. It also foresees task forces deployed inside Libya in a bid to smash trafficking networks.

EU member states have already reached consensus on the plan. Although a number of probing questions were asked by diplomats at a meeting in Brussels on May 5, no one vetoed the proposals, thus opening the door for the operation's planning to begin.

Nevertheless, skepticism remains widespread in various European capitals over how realistic the mission really is. The plan states that the operation is modelled after the EU's anti-piracy Operation Atalanta off the Horn of Africa. But that mission targets criminals who attack commercial vessels and oil tankers and take hostages off the Somali coast, whereas the barely sea-worthy boats crossing the Mediterranean are full of refugees.

"On the Monday after the recent disaster we had many reservations about the idea of sinking ships," said one EU foreign minister in response to Brussels' plans. Others, including German Interior Minister Thomas de Maizière, raised legal objections.

The authors of the draft plan concede that when it comes to boats on the high seas packed with refugees, the options are fairly limited. According to international law, naval ships are not even legally allowed to capture and destroy such vessels.

The German government is only prepared to approve armed action against traffickers if there is a UN mandate and it has been explicitly requested by Libya. The trouble is that Libya is a failed state. There's a government in Tobruk whose legitimacy is linked to 2014 parliamentary elections. But Islamists have the grip on power in the capital city Tripolis. A unity government appears unlikely in the foreseeable future and it seems equally improbable that the EU will secure permission for a military intervention.

Meanwhile, Mogherini's chances of securing UN backing also look slim. Russia has made it clear that it will only support armed action with Libyan consent, and that it blames the EU for the instability besetting the country -- which Moscow sees as a result of the 2011 NATO military operation which helped topple Libyan dictator Moammar Gadhafi.

The German Foreign Ministry has its own doubts about Brussels' plan to destroy ships. "We have serious misgivings," said one insider. Ursula von der Leyen's Defense Ministry has similar qualms. For the time being, the only plan afoot is to boost financial support for the EU's existing Triton mission. The frigate Hessen and the supply ship Berlin, which recently set sail from Crete for the waters between Italy and Libya, are carrying primarily rescue materials.

International law aside, there are also fundamental objections to Mogherini's plans. There is, after all, no guarantee that destroying boats would put a stop to trafficking practices. The refugees themselves would first have to be brought to safety. And would the risk of destroyed ships and an ambitious military operation involving the navy and special forces serve as a deterrent? Or would it simply lead to traffickers demanding even higher prices for the trip across the Mediterranean? It seems unlikely that any refugees brought to safety in military operations would be returned to their home countries. Presumably they would be brought to Italy in EU ships. But an armed intervention still begs the question as to what form a fairer asylum and immigration policy should take. 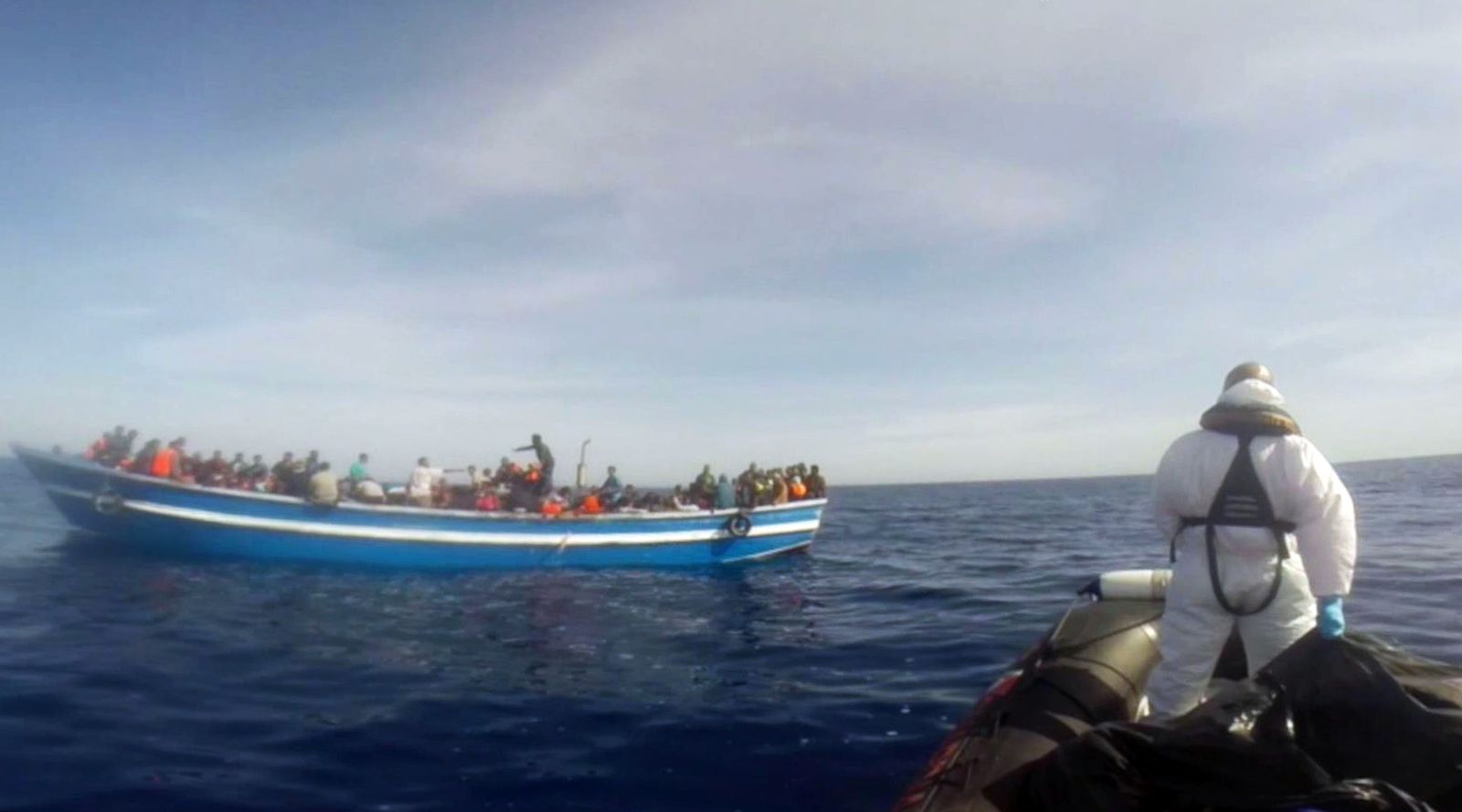 The EU is planning drastic measures to stem the tide of illegal migrants crossing the Mediterranean Sea.