European Union Social Affairs Commissioner László Andor is calling on Germany and other euro-zone donor countries to change course in combating the European debt crisis. Austerity in Southern Europe alone will not fix the problem, Andor told the German daily Süddeutsche Zeitung in an interview published Monday -- the north also needs to spend more. He suggests shifting the focus from reforms, austerity and consolidation of national budgets toward economic stimulus. "Saving alone does not create growth. That requires additional investment and demand," said Andor.

The official, who is Hungary's representative on the European Commission, also recommended that weakening economies like Spain, Italy and France be given more time to bring down their debts. "Growth can be stimulated when countries get more time to reduce their deficits so that they can invest more," he said. "If we do not allow for growth, I don't see how we can expect to see the debt decline."

He argued that Germany should increase wages in order to stimulate domestic demand, and that a broad-based minimum wage should be implemented. Germany currently has no standard legal minimum wage, with pay levels often determined through collective bargaining agreements within individual industries. Last week, the announcement that a minimum wage of €7.5 ($9.8) in the western part of Germany and €6.5 in the east would be established for barbers and hairdressers made national news.

"Belgium and France have been complaining about German wage dumping," Andor added.

Because of Germany's high export surpluses, argues Andor, it isn't justifiable for the country to have an unfair competitive advantage on wages. Countries with export surpluses must adapt, just as the debtor countries have been forced to do, the 46-year-old politician said. "If not, the currency union will drift apart. Cohesion is already half lost."

Germany has come under criticism in recent years for its relatively restrained wage increases. Some politicians from economically weaker countries have argued that higher domestic demand in Germany would help the euro zone as a whole.

But Germany's central bank, the Bundesbank, warned in February against excessive wage increases, saying that if wages rise too fast, companies would reduce employment and invest less. Dramatically increasing wages would only temporarily boost consumer demand, it argued, and in the long run, real incomes and consumer spending would actually decrease. Ultimately, this would slow domestic demand and overall economic strength, experts argue.

Andor also expressed concern that there could be mass migration to the north from the south of the European Union if the situation isn't improved. "Some people compare the situation to America in the 19th century, when there was a mass migration from the south to the prosperous north after the Civil War. In order to avoid this, it is necessary to create growth in the crisis countries," Andor said.

He also argued that the debate over the influx of refugees to Germany and other Northern European countries from Bulgaria and Romania had been blown out of proportion. The organization of German cities and municipalities recently complained that impoverished economic refugees from the country had become a social burden to them. Addressing that criticism, Andor said, "Yes, perhaps social systems will be challenged, but it is also true that the majority of immigrants work. Our data shows that the employment rate of immigrants is higher than those living there and that they claim fewer social benefits." 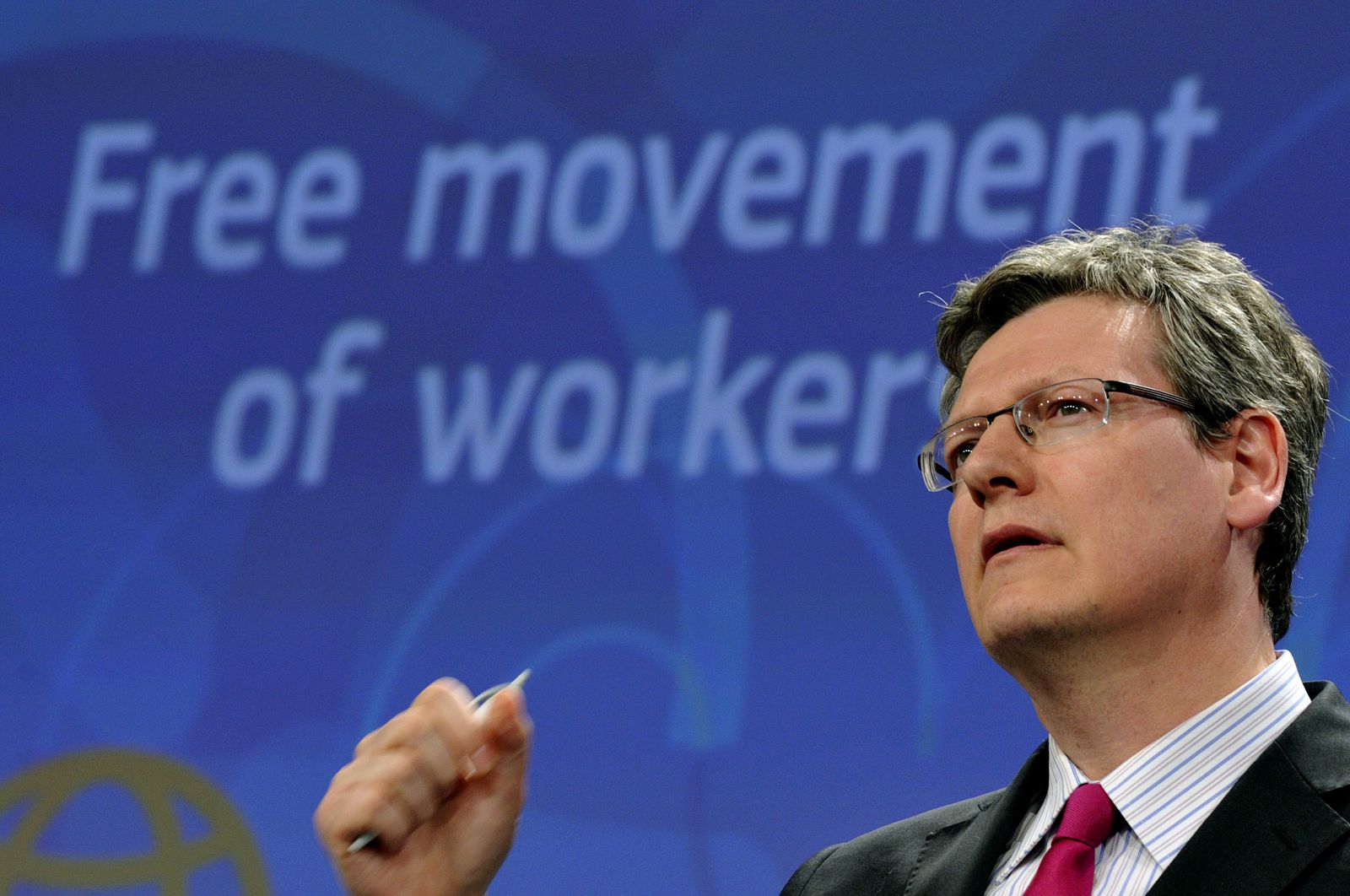