In Europe, the acceptance of homosexuals, bisexuals and the transgendered is far from a foregone conclusion. Many still face discrimination, social isolation or outright assault. That's the conclusion reached by the EU's Fundamental Rights Agency (FRA) in its largest study to date. The survey shows that a large portion of the LGBT (Lesbian Gay Bisexual Transgender) community feels it cannot openly acknowledge its sexual orientation.

Nearly half of respondents (47 percent) said they had experienced discrimination because of their sexual orientation in the past year. With 46 percent, Germany came in one percentage point under the EU average. Around one in four participants reported being the victim of an assaultor threats of violence in the past five years.

Six percent of survey participants said they had been physically attacked in the past 12 months, a portion of which occurred within their own families. Women were more frequently the victims of sexual assault. Transgender respondents reported that they consistently experience more intolerance than do gays and bisexuals.

The FRA calls the study the most comprehensive of its kind to date. The data was collected online from more than 93,000 respondents, who came from the 27 countries of the European Unionand Croatia. All of the participants were over 18 years old and identified themselves as trangender, gay or bisexual. At least 20,000 of the answers came from Germany -- more than from any other country.

Since the size of the LGBT portion of the entire population can only be estimated, the authors of the study acknowledge that the results should not be seen as representative of the entire European LGBT community -- but just as the largest collection of related data ever assembled.

Discrimination and concealment of sexual orientation are prevalent throughout every age, gender and geographical category.

The following are quotes from the study:

"My behaviour at work involves a lot of self-censorship and a certain guarded manner." -- 31-year-old gay man, Germany

"I feel strong enough to deal with street harassment now, but I feel upset about havign to justify my lifestyle to every doctor. It is alarming that medical staff have absolutely no awareness about LGBT needs, not even gynaecologists." -- 30-year-old lesbian, Czech Republic

"I had an experience at work in terms of discrimination: A colleague told me he respected me but thought I was abnormal ... in a few words, my sexual orientation was against nature in his opinion." 28-year-old lesbian, Italy

"I experience so much discrimination, harassment and violence that it has become my daily life." -- 25-year-old transgender bisexual, Lithuania

"I got physically attacked by a bouncer in a nightclub who, when I was leaving, started talking to me. He asked me to go home with him, and I told him I'm not interested. He started pulling my coat and eventually I told him 'I am not interested, I'm gay.' After this he and his colleague beat me in the head, I fainted and when I woke up, my leg was broken." -- 27-year-old lesbian, Romania

The respondents generally expect assistance from the authorities only in exceptional circumstances. "Nothing would happen or change" is the most cited reason for why only about one in five assault or discrimination cases was reported to the police. The responses "It happens all the time" or "Did not want to reveal my sexual orientation and/or gender identity" were heard frequently from those surveyed.

Models: Denmark , Sweden and the UK

The Fundamental Rights Agency recommends that law enforcement officials be better trained to deal with the subject. If an assault occurs because of the victim's sexual orientation, that should be considered an aggravating factor with a higher penalty -- similarly to how racially motivated attacks are handled in some countries.

The leaders in Europe when it comes to rights for homosexuals and transgender citizens, are Denmark, Sweden and the UK. There, policy already takes homophobic violence into account. But even in those countries, say the study authors, there are those who need to catch up.

According to the study, prominent role models are extremely important. German Foreign Minister Guido Westerwelle, who is open about his homosexuality and lives in a registered partnership, is seen in Germany as a a leading role model. "This is, of course, an important difference from other countries," said the spokeswoman for the FRA, Waltraud Heller. Interviewees from countries in which leaders make derogatory statements about homosexuality feel discriminated against more often.

One's own openness can also lead to greater acceptance, according to the study: Outed people in all countries reported less discrimination than those who do not openly deal with their orientation.

The results of the study will be presented on Friday, which also happens to be the International Day against Homophobia and Transphobia, in The Hague. FRA Director Morten Kjaerum said that the EU should take action "to break down the barriers, eliminate the hate and create a society where everyone can fully enjoy their rights, no matter what their sexual orientation or gender identity is." 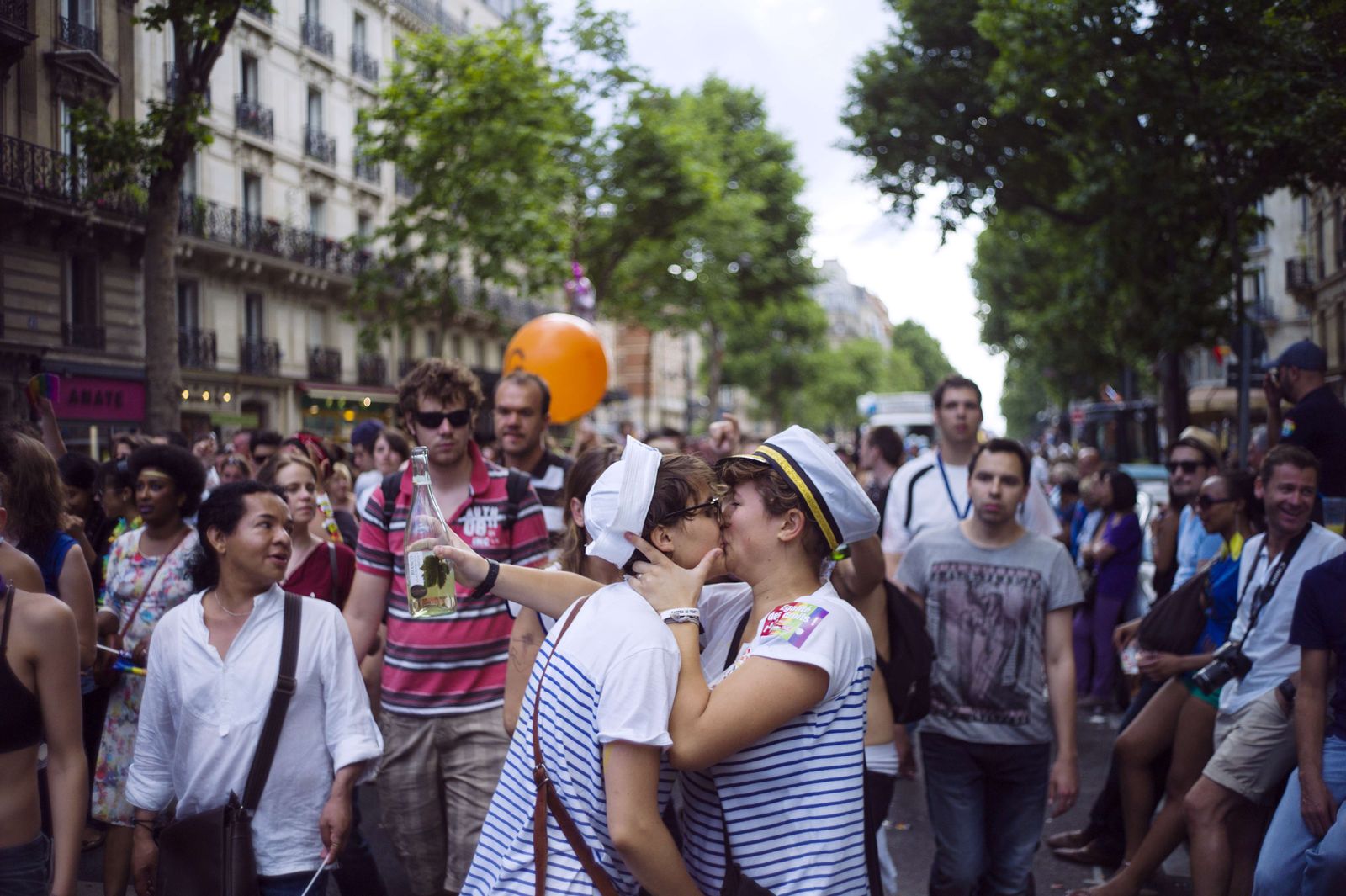 A Gay Pride parade in Paris on June 30, 2012. One in four participants reported being the victim of an assault or threats of violence in the past five years.