Back in 2008, the German solar manufacturing industry was riding the crest of a wave of growth fuelled by generous subsidies and high demand. That year, the darling of the German solar industry, SolarWorld, logged a 31 percent annual increase in revenue for a total of €900 million ($1.18 billion) and expanded its operations by opening North America's largest solar cell plant.

Four short years later, in 2012, the company announced €492 million in losses, and today SolarWorld is in the midst of a major debt restructuring deal to stave off bankruptcy. It is one of the last major German companies left manufacturing solar panels. Ironically, SolarWorld made it just long enough to see the success of the effort it spearheaded to slap tariffs on Chinese companies it suspected of conducting price dumping in order to wipe out the competition.

On Wednesday, the European Commission in Brussels agreed to impose punitive tariffs of 47 percent on Chinese solar goods. The move triggered a rise in SolarWorld's share price of 9 percent, but at just €0.65, the increase was roughly 100 times lower than the highs of 2008. And analysts say the tariffs on Chinese-made solar panels will likely provide little more than a short-term boost for German and other European solar panel manufacturers. Meanwhile, Chinese companies, which now produce roughly two-thirds of global solar capacity, will suffer.

"We are already in a trade war and this is probably the most important piece so far," said Jenny Chase, a solar market analyst at Bloomberg. "I would expect any effect to be quite short-term -- six months, maybe a year. Chinese companies will move outside of China or other companies will move in on their business. It still won't benefit the European manufacturers."

Last year, China sold €21 billion worth of solar panels and related components in Europe. But all of that is just about to get a lot more expensive with a 47 percent cost increase on panels made in the country. The levies are likely to see a response from China, which has already threatened tariffs seen as reactive in an industry that grew by a power of ten in the last five years as solar panels dropped in price by more than 75 percent. And as with any quickly growing industry, the road has been rocky and strewn with wrecks.

Numerous European solar companies have filed for bankruptcy, such as Solon and Q-Cells, as the solar market has matured, with market values in the billions disappearing into the sunlight. And other major European companies, such as Bosch, have ditched the solar side of the business amidst losses.

SolarWorld helped launch the anti-dumping case with a formal complaint filed together with other solar companies with European Commission last July and a similar case in the United States that resulted in tariffs of up to 250 percent on Chinese solar module manufacturers. Though the US market is far less important for China, the result of the US tariffs has not meant a windfall for SolarWorld. Some have accused the company of using the campaign to mask its own strategic shortcomings as business tanked.

"Many companies are selling at below cost at the moment," said Bloomberg's Chase. "The question is why? China tends to get the blame because China has seen the most significant increase in capacity."

A number of factors have helped Asian manufacturers during the last few years. For one, solar companies that built factories more recently used cheaper, better equipment that gives recent plants the ability to manufacture more cheaply. And a number of solar companies in Taiwan and Korea with recent plants are likely to be given the biggest boost from the US and European tariffs. It remains to be seen what the fallout will be in Beijing and whether China will retaliate.

The investigation into Chinese solar pratices had been the biggest launched by the European Commission, whose members on Wednesday backed the levy. European member states must give non-binding opinions on the proposal at a meeting on May 15. The decision is expected to take effect within a few weeks. 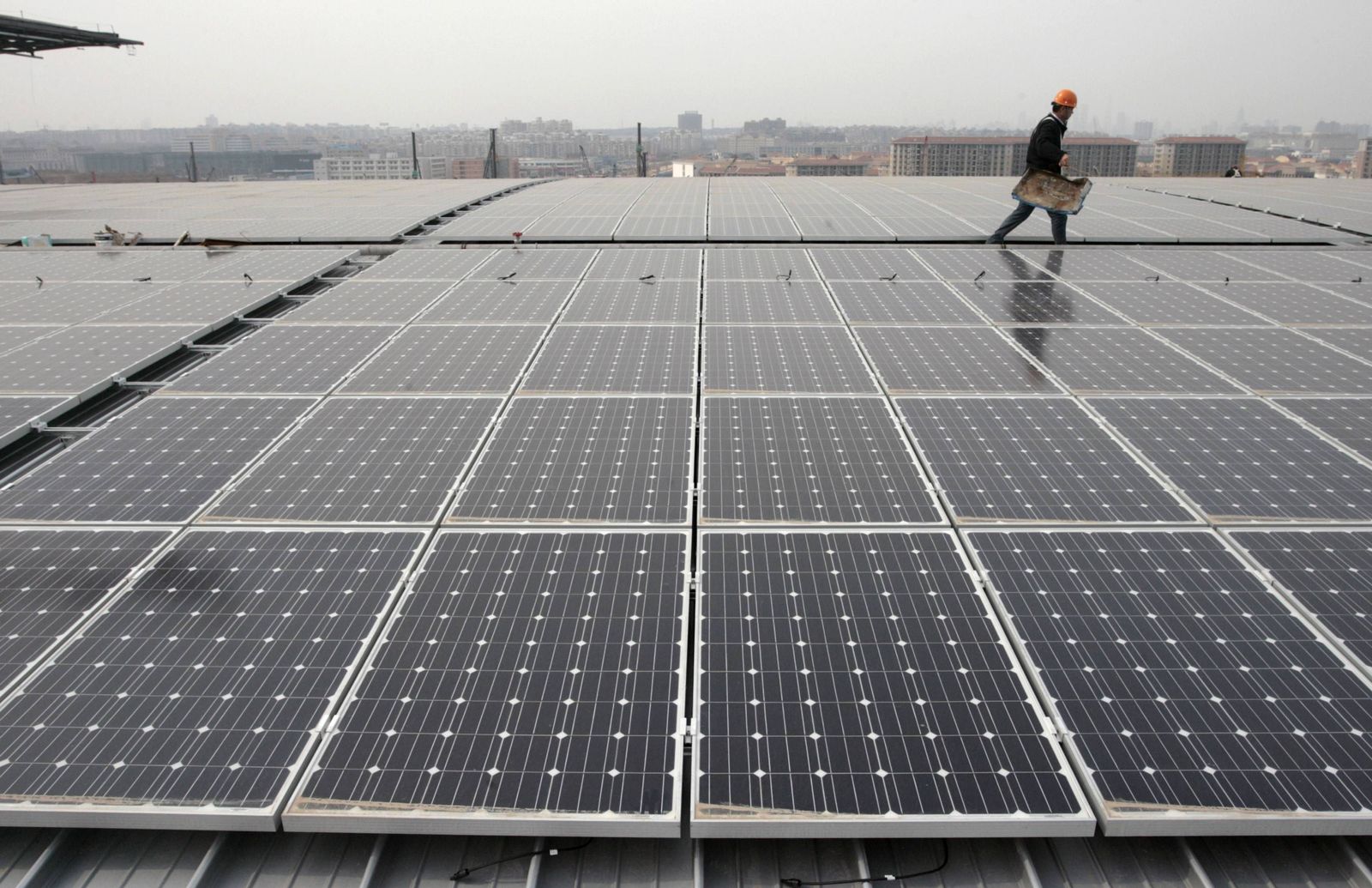 A worker walks past sets of solar panels on the rooftop of a Nanjing South Railway Station, currently under construction in China.