The 17 euro-zone countries have reached agreement on the contract for the permanent euro bailout fund, the European Stability Mechanism (ESM), clearing the way for the aid fund to be launched one year earlier than planned. Luxembourg Prime Minister Jean-Claude Juncker, chairman of the group of euro-zone finance ministers, announced the agreement following a Monday night meeting in Brussels. The ESM is now set to replace the temporary European Financial Stability Facility (EFSF) on July 1, a year earlier than originally planned.

"I believe this is an important achievement," said German Finance Minister Wolfgang Schäuble after the meeting. "It demonstrates that the euro group and the European Union as a whole is capable of taking the necessary steps."

Schäuble also said that agreement had been reached on the euro-zone fiscal pact, which would submit members of the common currency zone to stricter budgetary rules. "We aren't yet over the mountain," Schäuble said in reference to the ongoing euro-zone debt crisis. But he said there is "cause for optimism."

The ESM will be funded with €500 billion to help struggling euro-zone countries, with Germany providing the largest share -- although Angela Merkel's recent refusal to consider upping that figure seems to be wavering under heavy pressure.

Italian Prime Minister Mario Monti believes the ESM should be doubled to €1 trillion, while there have also been calls from French President Nicolas Sarkozy for Germany to put in more money. European Central Bank head Mario Draghi shares that view as does International Monetary Fund boss Christine Lagarde. "We need a larger firewall," Lagarde said at a Monday appearance in Berlin. "Without it, countries like Italy and Spain, that are fundamentally able to repay their debts, could potentially be forced into a solvency crisis by abnormal financing costs."

The German chancellor has been adamantly opposed to such an increase, although that might be changing. Speaking at a press conference in Berlin on Monday with Belgian Prime Minister Elio Di Rupo, who had signalled his desire to see the fund increased, Merkel said: "Germany has always done what is necessary to defend the euro."

Germany's share of the ESM will amount to almost €22 billion in cash capital in addition to a further €168 billion in available capital. Discussions on whether to increase the size of the ESM will take place in March, a timeframe that had been agreed on last year.

The German government, meanwhile, has denied reports that it was prepared to increase ESM to €750 billion. "It is not true. There is no such decision," Merkel's spokesman Steffen Seibert told Reuters, referring to a Financial Times report that Germany would accept an increase of the rescue fund in return for its euro-zone partners accepting tough budgetary rules in a new fiscal compact.

Euro-zone countries are required to provide a total of €80 billion in cash capital to the new ESM, in the hopes that it will be more independent and more robust than its predecessor the EFSF, which was recently downgraded recently by US rating agency Standard & Poor's.

Countries wanting to receive aid payments from the ESM must have signed the EU pact for strict budgetary discipline, a core demand from Berlin.

In addition, decisions as to where ESM money goes will no longer have to be unanimous, making it impossible for small countries to block the fund. Decisions at the ESM will require an 85 percent majority. The ESM will be the cornerstone in the firewall against the debt crisis according to Olli Rehn, European commissioner for economic and monetary affairs.

Greece was also on the agenda at the meeting in Brussels. The other 16 euro-zone countries have presented additional conditionals for any new bailout payments. They want to see the interest rate on new Greek government bonds, following the debt 'haircut' accepted by banks, to be held well below 4 percent, said euro group head Jean-Claude Juncker. There were also calls for greater reform efforts from Athens.

Holding that interest rate below 4 percent, however, may prove to be difficult. Negotiations with Greece's private creditors have been difficult despite the need for a rapid and successful conclusion to avoid insolvency. The creditors have been extremely wary of offers thus far presented by Athens because they would translate to a greater debt forgiveness than the 50 percent they agreed to last year. A successful conclusion to the negotiations is a condition for finalizing a second bailout package for Greece, worth €130 billion. 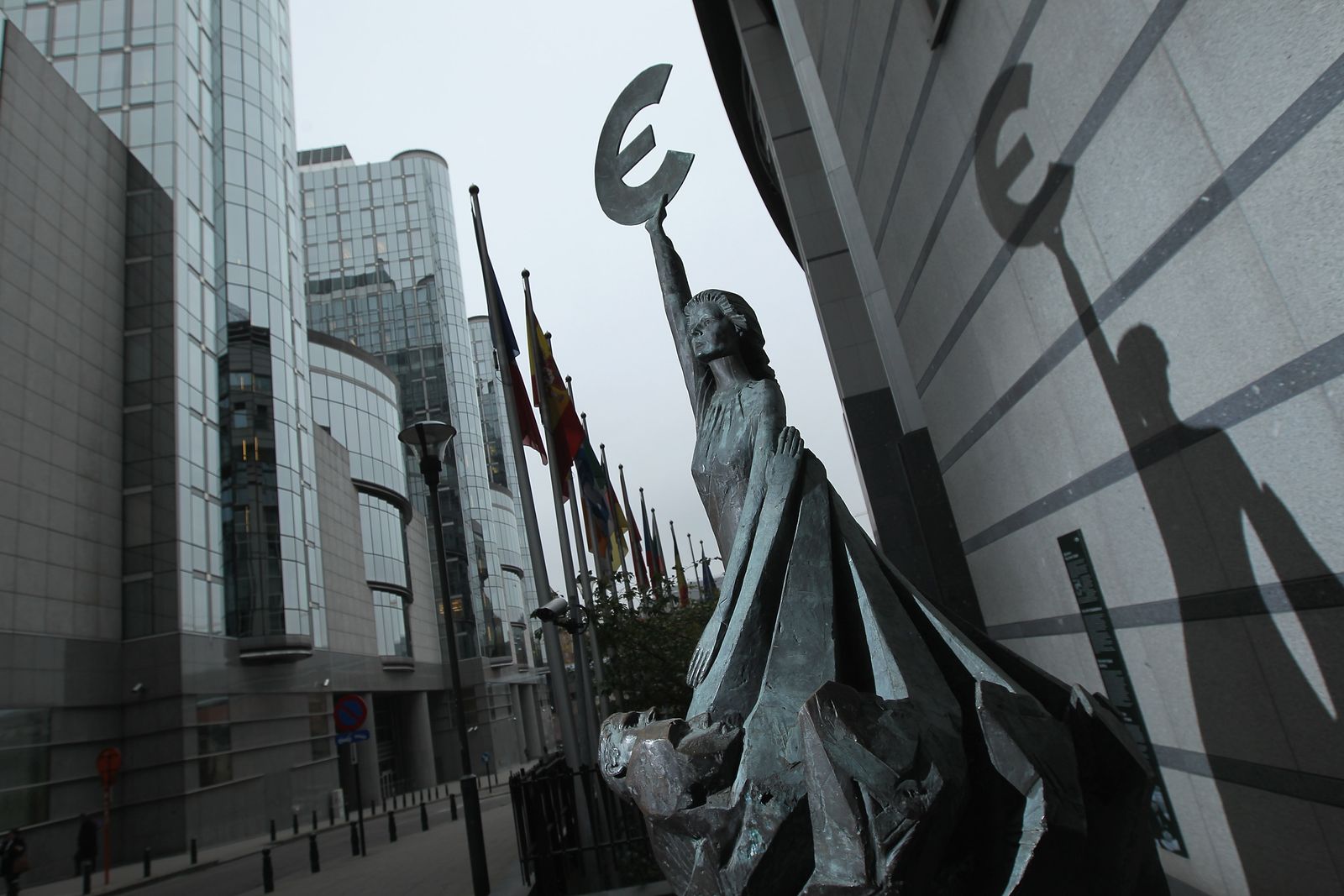 Europe plans to move up the permanent euro bailout fund to this year.