It's been over 20 years since then-German Chancellor and former history scholar Helmut Kohl stood before the Bundestag, Germany's parliament, and uttered the remarkable line: "Recent history … has taught us that the notion one can maintain an economic and currency union over the long term without a political union is absurd."

That was not the statement of a politician who wanted to justify rejecting a common currency for Europe. On the contrary, Kohl was one of the co-founders of the euro, and that quotation comes from a speech aimed at getting Germans to embrace it.

Today, we know that a political union marked by a centralized European government is nothing but an illusory dream. Indeed, there won't be a United States of Europe comparable to that across Atlantic any time soon -- if ever. Nor will there be a centralized economic government like the one generating so much talk these days. "I don't perceive any willingness to cede significant sovereignty in matters of financial policies," Jens Weidmann, the president of Germany's central bank, recently said.

This kind of level-headed realism is welcome during an era in which European bailout funds are being stretched further and further. Not to mention a time when politicians are pushing through a second gigantic bailout package for bankrupt Greece, with which Germany is gambling with its own long-term viability by making itself jointly liable for unimaginably huge sums of money.

The euro has been a major experiment. A (current) total of 17 countries with many things in common -- but also many differences, such as their economies, politics, histories and ways of life -- have embraced a common currency. Contrary to the expectations of many (including myself), these differences have not grown smaller over the years. Unfortunately, there is no reason to expect that such increased harmonization might occur in the foreseeable future.

In fact, the opposite is much more likely the case. Many believed that globalization would actually bring those of us on the Old Continent closer together. Instead, it has sparked ubiquitous anxiety and prompted a retreat into trusted regional environments. Under such circumstances, it appears entirely unlikely that European populations could be willing to, for example, relinquish their parliament's right to make its own budget-related decisions to an EU body based in Brussels. This also renders the notion of a fiscal union chimerical.

If these things are true, and if the common currency is to still have a future, then the path that Europe's politicians have taken in their efforts to tackle the debt crisis is clearly the wrong one. At the moment, the euro zone is energetically trying to put off forcing its member states to pursue responsible policies until some vague point in the future by doing the following:

By following this strategy -- and despite what are always, of course, the best of intentions -- European politicians are destroying a historically unique achievement that has allowed the Continent's countries to both reconcile themselves and unite. For this reason, Europe needs to make a radical change of course. Enough with all the enervating, sinfully expensive haggling over bailouts! Instead, let us return to our Maastricht Treaty roots, to allowing states to determine their financial policies on their own and to being faithful to our contractual obligations.

States Need to Get Out of Debt Alone

In recent years, one government leader and central banker after the next has violated the EU treaties that were supposed to serve as the euro's mooring. Indeed, there have been a number of unprecedented examples, ranging from exceeding the 3 percent annual government deficit-to-GDP limit to downright disregarding Article 125 of the Lisbon Treaty, which expressly prohibits a member state from being liable for the debts of another member state.

For its part, the European Central Bank has been violating the prohibition on involving itself in a state's financial policies for almost two years -- and in a very risky manner. It buys up sovereign bonds for reasons supposedly having to do with its actual field of responsibility, namely, monetary policy. But in reality, the measures are meant as an (albeit indirect) means of state financing. What's more, in December, the ECB lent just under a half-billion euros to banks at only 1 percent interest so that they could use the funds to purchase sovereign debt themselves. The result of this aid program is that southern euro-zone countries desperately in need of funds have been able to take on even more debt at considerably lower interest rates. If fact, this week, the ECB repeated the feat with another such generous offering, which saw some 800 banks collectively borrow a reported €529.5 billion under the same generous terms.

Going back to the original state of affairs would mean two things: first, that the (stricter) deficit rules will be honored and that those who break them will incur harsh penalties. Second, that the ECB will put a stop to treaty violation by involving itself in debt-financing. And lastly, more than anything, it means politicians will return the responsibility for budget and trade-balance deficits to the governments of the individual member states. These governments need to get out of debt by themselves. And, should they need help along the way, there's plenty of experience in helping insolvent countries get out of debt, particularly in the so-called Paris Club.

Those who object to such a move, arguing that it could lead to another crash in the banking sector, (no longer) have any pull. The banking lobby has cleverly and effectively spun this argument so that financial institutes can avoid suffering losses in their bond portfolios on the taxpayer's dime. In the event that such bad loans actually do push the banks into dire straits, it's always still cheaper to have the governments of the respective countries on the hook than for them to make ludicrous contributions via a pan-European bailout fund.

Accordingly, going back to the original state of things also means returning to an environment controlled by market forces. The banks and insurers (who work with all of our money!) have learned the painful lesson that it was a major mistake to lend money to states without considering the economic strength of individual countries, and without weighing of the associated risks. In the future, they will exert enough pressure to encourage rational financial management via interest rates or, in other words, via prices. At that point, there will no longer be a need for the evil Germans to crack the whip.

Pursuing this kind of strategy doesn't necessarily exclude the possibility of fostering European solidarity. But it has to come in the form of cooperation with a quantitative limit. This willingness to help needs to come not in the form of massive bailouts, but in narrowly defined emergency assistance.

"Who can say for sure that Greece will subsequently honor what we agree to with Greece today," German Finance Minister Wolfgang Schäuble asked rhetorically during a brief fit of rational thinking before the most recent bailout package was agreed upon. Of course, one could also ask whether France will respect the new deficit decisions should its next president be Socialist Party candidate François Hollande. The hard truth is that the voters in each country make the final decision about whether to honor or violate treaty obligations, so they also bear the responsibility for dealing with the consequences of their own decisions.

Likewise, there will be no "stability union" in terms of fiscal policies like the one that Chancellor Merkel raves about. Each country alone needs to create the scaffolding of economic and financial policies that will allow it to remain within the euro zone. Those incapable or unwilling to do so need to get out -- of their own accord rather than by getting the boot.

Europe needs a common currency. Having each country re-introduce its own currency would trigger a frightening degree of turbulence and set the Continent far back in terms of global competitiveness. But Europe cannot bet on Kohl's political union. Instead, it needs to accept the realities of the here and now. 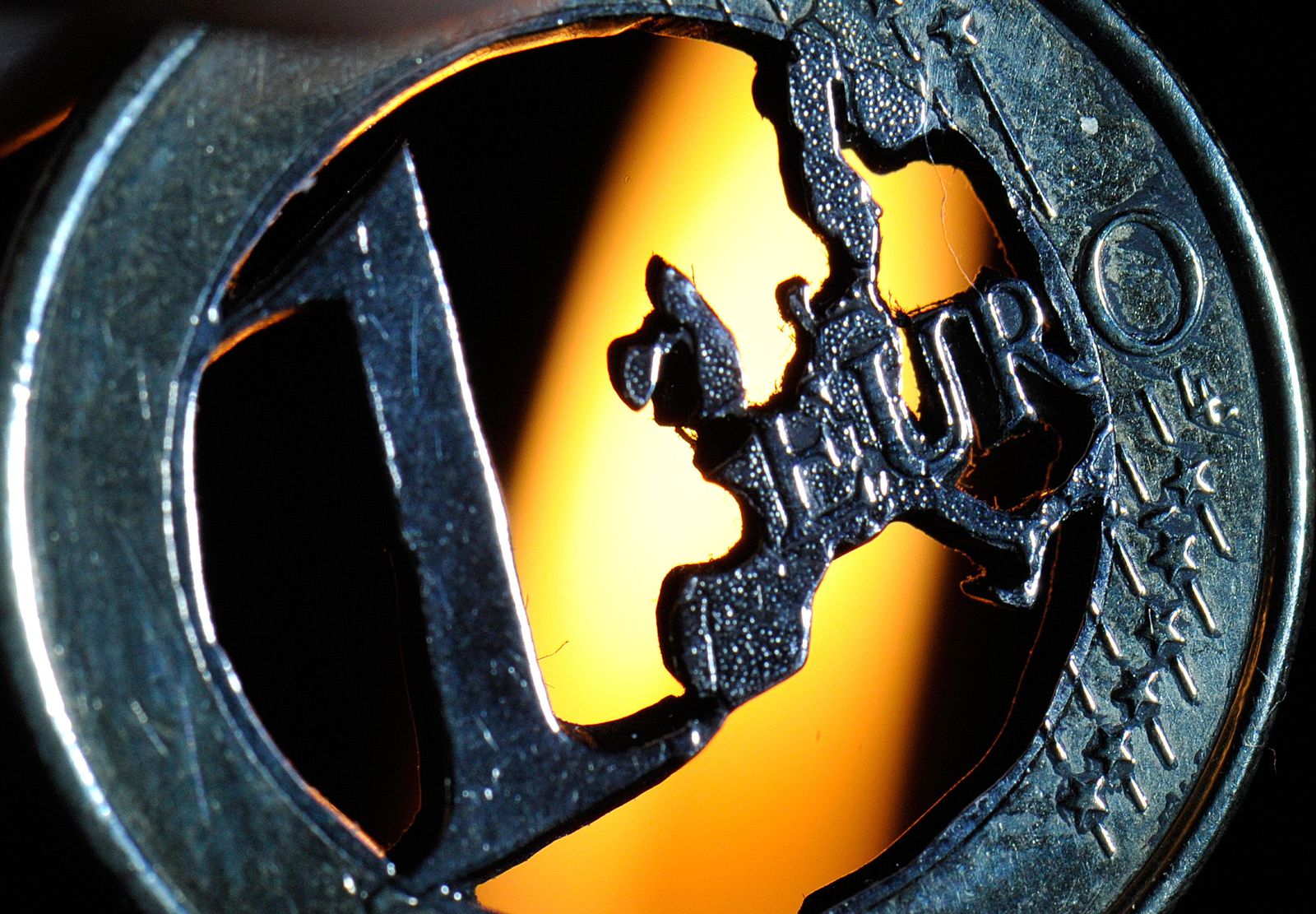