Have we seen the worst of the euro crisis? According to European Commissioner Olli Rehn, we have. He said on Thursday that the debt and financial crisis afflicting Europe's common currency zone has surpassed its apex.

Rehn, commissioner for economic and monetary affairs, told the Financial Times Deutschland on Thursday: "The last high point of the crisis was in June, around the time of the Greek elections. Now we have a reverse trend."

Rehn defended the strict austerity measures applied in countries like Greece, Portugal and Spain, and credited such policies with successfully reducing the combined budget deficit in the euro zone from 6.2 percent of the currency area's gross domestic product in 2010 to 3 percent this year and a projected 2.5 percent in 2013.

In the interview, Rehn said a change in policy is underway, from one of purely crisis management, to a focus more on structural issues and the competitiveness of all euro zone and European Union member states.

Some figures from the real economy, Rehn allowed, such as extremely high unemployment in several euro-zone member states, remains alarming. Much of that, he said, is due to developments in the first half of 2012, including uncertainty over the Greek elections and doubts about Spain's banking sector. Rehn said he is "less pessimistic" than he was before the summer break because during the summer, euro-zone governments and the European Central Bank (ECB) helped stabilize the situation.

Still, he warned against being overly confident. "The greatest risk would be self-satisfaction," he told the paper.

Greece, the euro zone's most troubled member, faced another setback Wednesday when the US ratings agency Standard and Poor's downgraded its creditworthiness again, from a "CCC" rating to "SD," for "selective default," because of the current Greek debt buyback program. The program involves Athens repurchasing sovereign bonds for a fraction of their face value. Should the buyback be successful, analysts expect the raiting to return to the "CCC" level.

Rehn's comments are not the first time that he has voiced optimism about the future course of the euro crisis. In October, he told the Bangkok Post that "the worst is over for the euro debt crisis." That buoyancy was quickly countered by German Finance Minister Wolfgang Schäuble, who said "I'm not so sure that the worst of the crisis is behind us."

He laid out the country's goals for the future, by adding: "Our ambition is to spectacularly change Greece and to transform it from a bad example, filled with problems, to an outstanding example of a model economy."

A further debt haircut for Greece is unlikely, the prime minister said. "Our debt is now officially considered to be sustainable for the long term," he said. Samaras told Bild that his country had achieved more in the past two months than had been attempted over the last three decades.

"If you look at our reforms and our changes, you will understand that we are working on a success story," he told the paper. "That will soon be clear to everyone. And then no one will question our membership in the euro any more or a debt haircut." 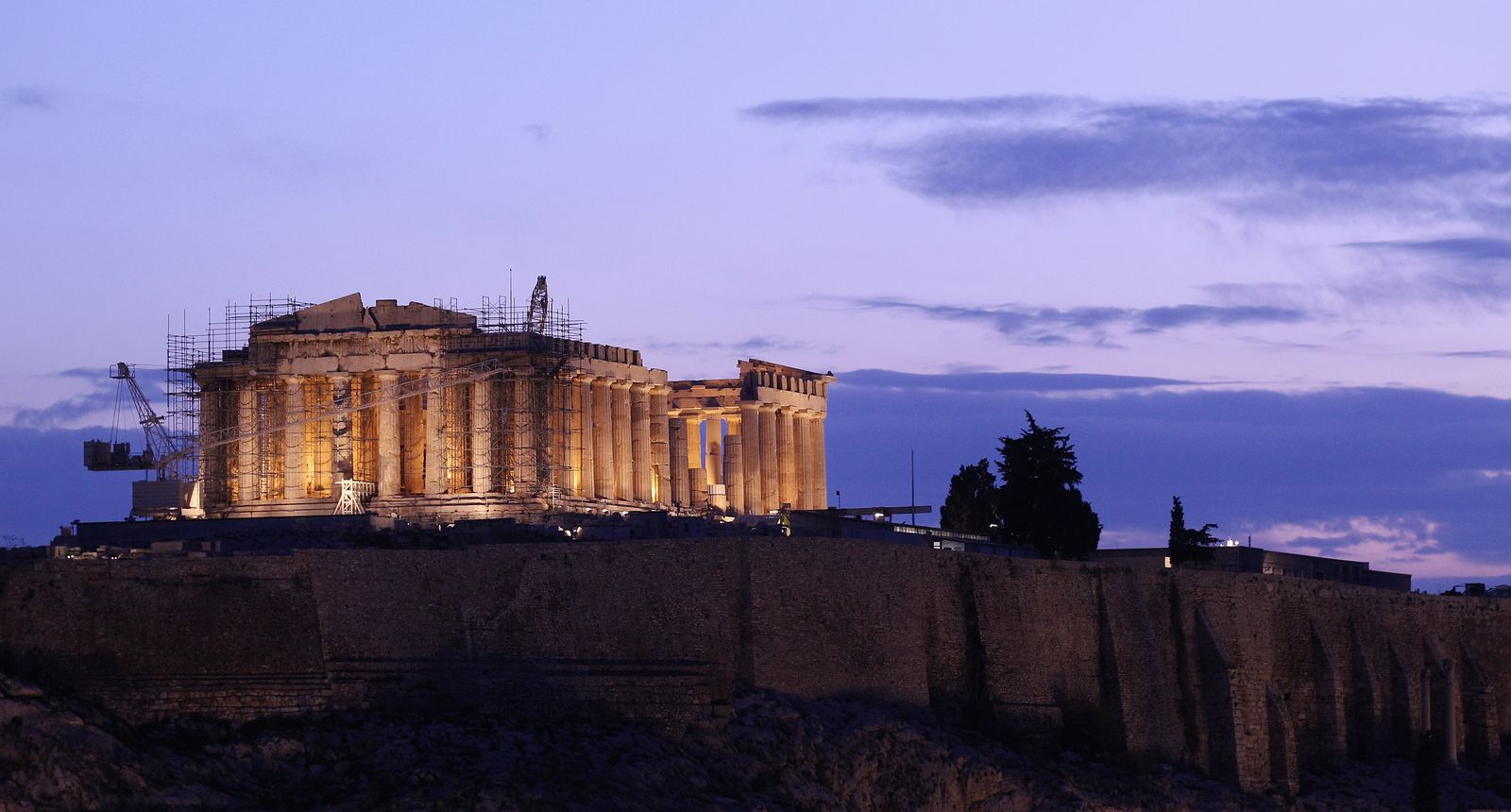 Athens at sunrise. 'We will stay in the euro,' the Greek prime minister said.