Germany's Federal Constitutional Court on Tuesday handed down a ruling that could make it more difficult for the government to tackle the euro crisis. It decided that the nine-member panel of lawmakers set up to approve urgent action by the euro rescue fund was "in large part" unconstitutional and would need to be enlarged.

The panel was set up last year to provide a quick green light for aid in especially urgent situations in which it wouldn't be feasible to put the issue up for a vote before the full parliament. Furthermore, due to market sensitivities, there was concern that some measures would have to be kept under wraps until they had been approved -- which would hardly be possible given that there are 620 parliamentarians in the German Bundestag.

But the country's top court said on Tuesday that members of the lower house of parliament, the Bundestag, would need to be given a greater say in the operations of the European Financial Stability Facility (EFSF), the temporary bailout fund, and that the panel must have more members and reflect the parliamentary majority.

Boosting the Role of Parliament

Thomas Oppermann, a leader of the opposition Social Democrats in parliament, welcomed the ruling. He said that the ruling would ensure that efforts to save the euro would become "more transparent and understandable to voters."

The court suspended the panel at the end of October pending its ruling after two parliamentarians from the opposition Social Democrats had filed a complaint, arguing that parliamentary powers were being undermined. The German constitution guarantees parliamentary oversight of the country's budget. Given the amounts of money necessary in bailing out stricken euro-zone countries, the court was concerned that the oversight guarantee was being ignored.

The court said the nine-member panel could still approve the purchase of debt on the secondary market by the EFSF but it ruled against other powers including extending loans or preventative credit lines to troubled states, and the recapitalization of banks.

The decision follows a ruling last September in which the court boosted the role of parliament in government decisions on the euro crisis. 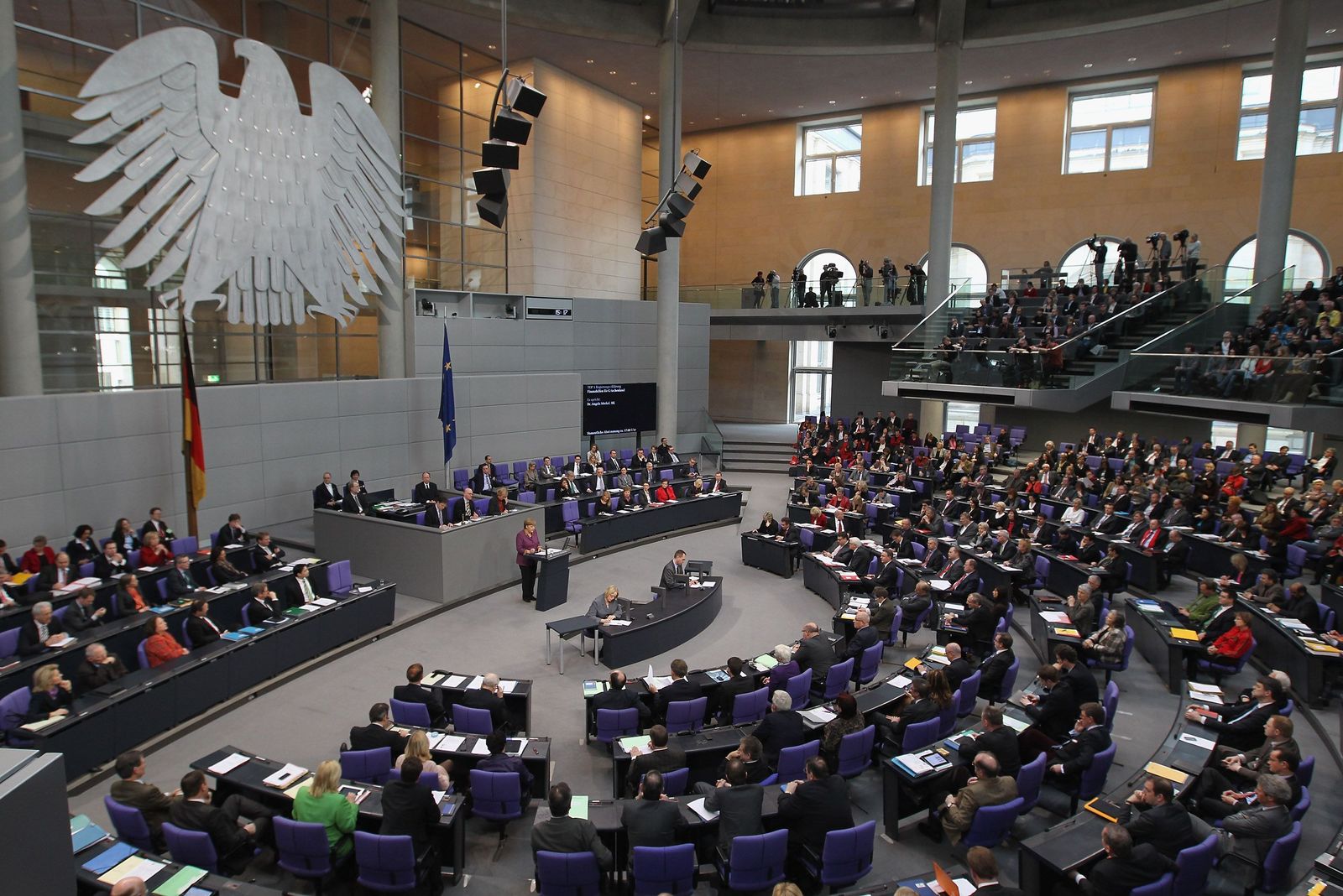 The German parliament must have a greater role in euro decisions, the top court has ruled.