Angela Merkel's plan has cleared the next hurdle. At the EU summit in Brussels, the European Council on Thursday agreed to anchor a permanent mechanism for potential future euro crises in the Lisbon Treaty. What had been derided in summer as a unilateral demand from Berlin has now become European consensus.

European leaders want to insert two sentences into Article 136 of the Lisbon Treaty: "The member states whose currency is the euro may establish a stability mechanism to be activated if indispensable to safeguard the stability of the euro area as a whole. The granting of financial assistance under the mechanism will be made subject to strict conditionality."

The formulation would allow Europe to save heavily indebted member states from bankruptcy even after the temporary €750 billion ($1 trillion) backstop expires in 2013. A permanent mechanism, European leaders hope, will provide lasting stability for the euro. Merkel had insisted on the treaty amendment in part to avoid a scenario in which future bailouts could be challenged in German courts.

By Thursday, European leaders had largely accepted Merkel's plan. Much of the heavy lifting was done in October, when she managed to convince French President Nicolas Sarkozy to support her concept at a meeting in the French town of Deauville. Together, they encouraged other European heads of state and government to take a close look at the possible changes to the Lisbon Treaty.

It could be a while before the new regulation can take effect, however. Before then, the following must happen:

Merkel did her best to generate enthusiasm for the crisis mechanism. She called it a "major element of solidarity among member states." In reality, however, it is a minimalist solution that will hardly be enough to provide lasting stability for the euro. The drastic austerity measures that many indebted countries in the euro zone have implemented may expose the common currency zone to further risks.

Still, the acceptance of the crisis mechanism comes at the conclusion of a turbulent year which saw the euro face by far its since it was introduced. It began with the Greek admission that its federal budget deficit was 14 percent of the country's gross domestic product instead of 4 percent. In May, a €110 billion bailout package for Athens was created, quickly followed by a €750 billion fund to assist ailing euro-zone members. In November, Ireland became the first country to take advantage of the fund.

Those in Europe who would like to see a further integration of the EU see the crisis as an opportunity. German Finance Minister Wolfgang Schäuble recently noted in a speech that the EU has always made its greatest steps forward in times of difficulty. The crisis mechanism may ultimately turn out to be the latest such advance.

But the last word has not yet been spoken. It remains to be seen whether moving to protect the EU's weaker members from their vast mountains of debt binds Europe closer together -- or whether it could even accelerate the process, seen this year, of euro-zone members drifting ever further apart.

Debate Is Not Over

Further mechanisms, after all, are necessary to stabilize the euro -- and the search for those mechanisms has proven to be deeply divisive. The controversial euro bonds, favored by Luxembourg among others but rejected by Berlin, have not played a major role at this week's summit in Brussels. But next year, it seems almost certain that the debate over bundling European debt to reduce borrowing costs for the euro zone's most indebted members will once again flare up. Several comments at the summit on Thursday hinted that the debate is not over.

Euro bonds are "an instrument that we will certainly have to take advantage of in the future," said Belgian Prime Minister Yves Leterme, whose country currently holds the rotating EU presidency. Prior to the beginning of the summit, the European Parliament passed a resolution asking the European Commission to take a close look at the idea of issuing collective bonds.

Just how delicate the situation in the euro zone remains can be seen in the decision taken on Thursday by the European Central Bank to almost double its capital reserves from €5.8 billion to €10.8 billion. It is a precautionary measure to protect the bank against the potential insolvency of its creditors. Since May, the ECB has spent a total of €72 billion on sovereign bonds issued by Greece, Ireland and Portugal in order to provide those countries with liquidity. 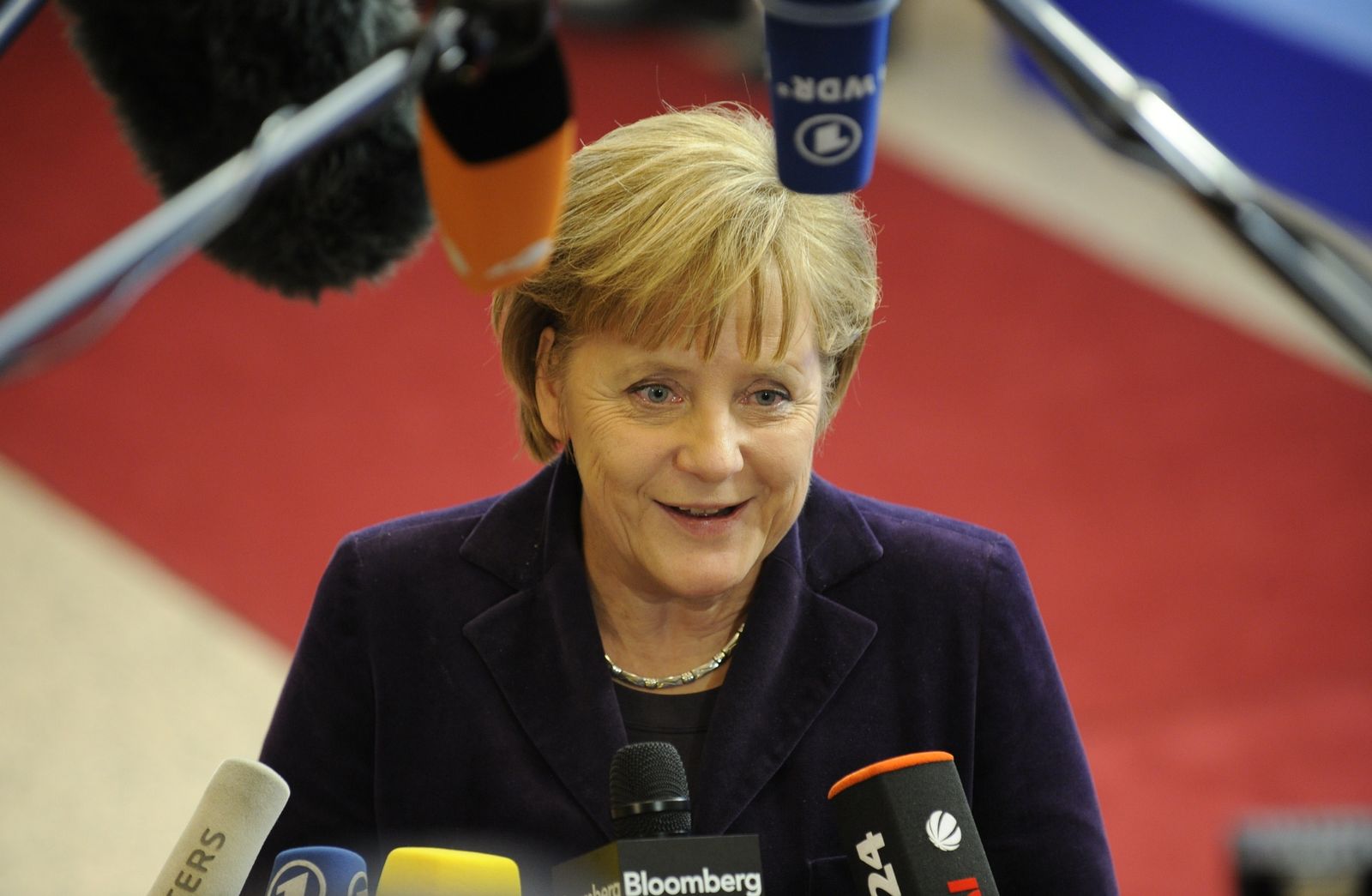 German Chancellor Angela Merkel managed to get her way in Brussels on Thursday.