It wasn't until 2 a.m. on Tuesday morning that Wolfgang Schäuble appeared for the press conference in the European Council building in Brussels. The German finance minister seemed to be in good spirits, even though his French counterpart Pierre Moscovici had blocked his next career move. Schäuble would like to become the new president of the Euro Group, the informal body comprising the finance ministers of the 17 euro-zone member states, but the decision was postponed again at the meeting in Brussels. The incumbent president, Luxembourg Prime Minister Jean-Claude Juncker, will now continue in the post for another six months.

"We leave it to the heads," Schäuble said in English, with a grin. In other words, the heads of government will now make the decision.

But it wasn't the dispute over the Euro Group presidency that dragged the meeting into the wee hours of Tuesday morning. The discussions revolved around more fundamental issues. At the European Union summit 10 days ago, the heads of state and government had made a number of broad decisions regarding the permanent euro rescue fund, the European Stability Mechanism (ESM). As usual, it was now up to the finance ministers to figure out the details.

At Monday's meeting, the ministers had to address the highly controversial requirement to facilitate access to the ESM and allow direct assistance to banks. The question of how to interpret the summit's outcomes has been the subject of much discussion in recent days. From the perspective of Italy and Spain, the decision was the first step to a direct recapitalization of banks by the ESM. But Schäuble and Chancellor Angela Merkel have emphasized that nothing has changed regarding the rescue fund's rules.

This fundamental dispute overshadowed the meeting of finance ministers. Schäuble said there had been some misunderstandings in communication following the EU summit. As a result, the various partners had to reassure each other that they meant the same thing. "It must be made clear that nothing is going to happen quickly," Schäuble said. Those individuals who claimed that banks could have direct access to the ESM within a few months were awakening false expectations on the financial markets, he said. That was not good, he added.

That was not the only prolonged discussion on Monday evening. The group was only moderately successful in working through the points on their long agenda during the nine-hour session.

The finance ministers managed to agree relatively quickly on appointing Luxembourg central bank head Yves Mersch to the six-member Executive Board of the European Central Bank (ECB). They also decided that Klaus Regling, the German head of the temporary euro rescue fund, the European Financial Stability Facility (EFSF), will also preside over its successor, the ESM, in the future. The decision ends months-long wrangling over that post.

There was no agreement on the question of who should become the long-term president of the Euro Group. Incumbent Juncker actually wanted to step down on July 17, but he will now continue in the job until the end of the year. It will be decided later who will occupy the position after that. At their meeting in Brussels, the finance ministers only postponed the decision. Schäuble is likely to be disappointed with the outcome, which does nothing to increase his chances.

In a telephone conference on June 9, the euro-zone finance ministers already promised to lend the Spanish government €100 billion ($123 billion) to help its troubled banks. That move was intended to reassure the financial markets. Now, the conditions of the aid package had to be figured out. On Monday evening, the ministers adopted a declaration of intent. The legally binding loan agreement will only be approved at a further Euro Group meeting on July 20. As long as the exact financing needs of the Spanish banks remains unclear, the Euro Group is assuming that the loans could total €100 billion.

A first tranche of €30 billion could be transferred to Spain as soon as the end of July, Juncker said. But first national governments or parliaments have to approve the loan, including the German parliament, the Bundestag. Schäuble said there was "a common political understanding," including on the loan agreements, which paved the way for a Bundestag resolution.

The finance ministers also wanted to make concessions to the Madrid government regarding the austerity requirements. In the spring, the target for Spain's budget deficit was already adjusted from 4.4 percent of gross domestic product to a more realistic 5.3 percent. It is now being revised again, with the new goal a deficit of 6.3 percent by the end of the year. Now, Spain has until the end of 2014 to get its deficit under the EU-stipulated upper limit of 3 percent -- one year later than previously agreed.

At the Brussels meeting, the roadmap for a European banking supervision authority was the subject of prolonged discussion. The EU summit resolution states that "effective supervision" must first be established before banks can receive money directly from the ESM bailout fund. Schäuble emphasized that this new instrument will not be operational in time to help Spain. "It will take time," he said.

The European Commission plans to present its initial proposals before the next Euro Group meeting. In their closing statement, the finance ministers welcomed that step and called on the European Council to discuss the issue by the end of 2012.

The troika of the European Commission, the ECB and the International Monetary Fund (IMF) presented their status reports on both countries. The verdict on Greece was bad, as had been expected. The Greek government had completely neglected its reform efforts in the months of campaigning ahead of the parliamentary elections on June 17. It is now being discussed whether the austerity requirements should be relaxed for Greece, just as they have been done for Spain.

Two weeks ago, Cyprus became the fifth euro-zone country to request assistance from the rescue fund. Unlike Spain, which will only receive a loan to help its banks, Cyprus will be a so-called "program country" like Greece, Portugal and Ireland. In return, the Cypriot government will need to agree to comprehensive economic and social reforms. It is still too early to decide on either Greece or Cyprus, Schäuble said, adding that decisions would not be made before September at the earliest.

How Will the Financial Markets React?

The financial markets are unlikely to be satisfied with the Euro Group's decisions. In particular, investors will probably consider the timetable for a banking union to be too slow. Resistance from Germany, Finland and the Netherlands makes a swift solution doubtful. As a result, the markets are keeping up the pressure on Spain: On Monday, yields on 10-year Spanish government bonds rose to over 7 percent, a level that is considered unsustainable.

The Spanish government is urging the ECB to intervene. The European Central Bank is the only institution that can purchase government bonds on a massive scale and show speculators that betting against the euro is pointless, the Madrid government argued. But ECB chief Mario Draghi rejected that demand, saying that only successful structural reforms could restore confidence in the crisis-stricken countries.

Schäuble also refused to be put under pressure. "The markets would have liked things to happen more quickly," he said on Tuesday morning. But politicians, he added, need more time. 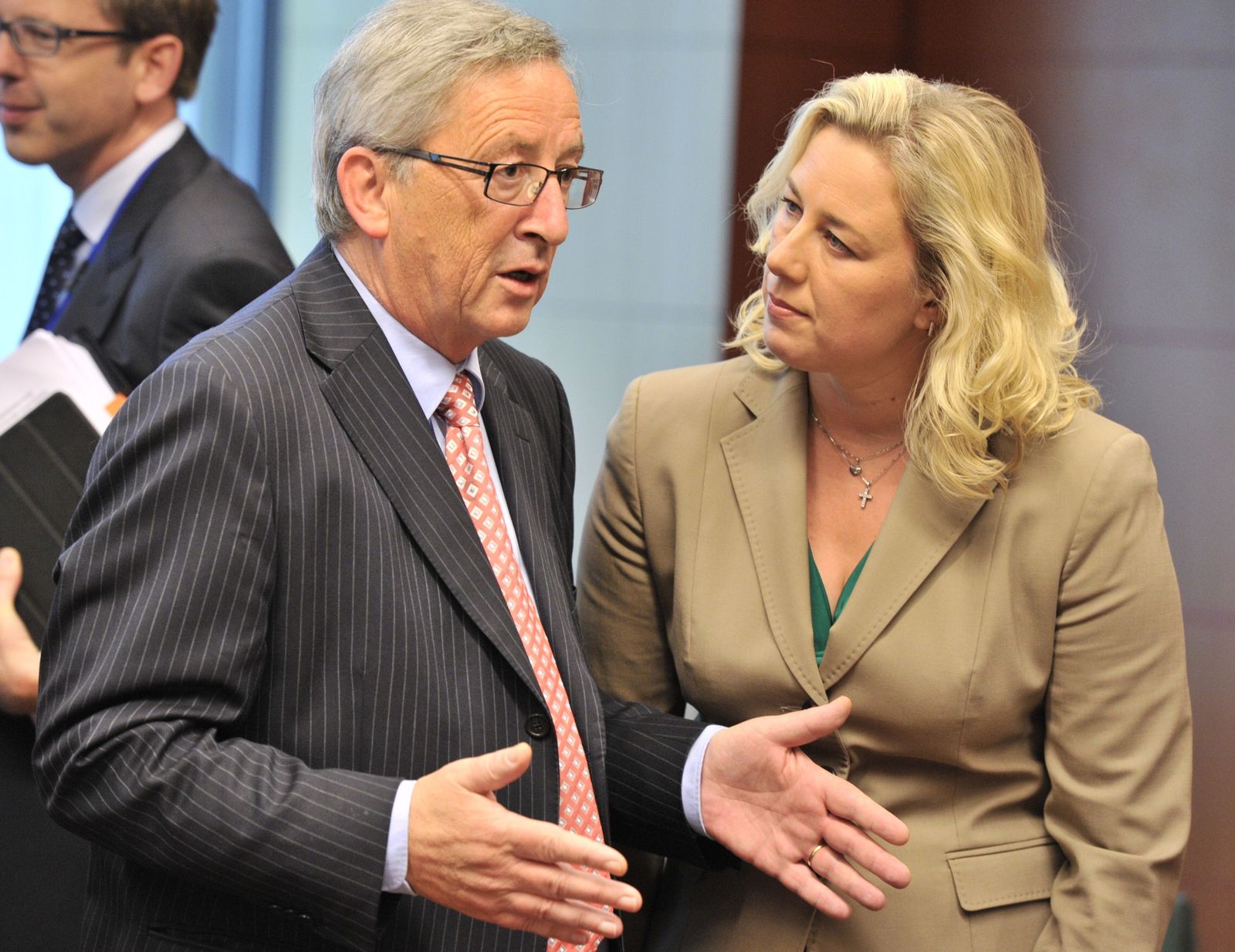