German Chancellor Angela Merkel urged Italy on Monday to pass an austerity budget to demonstrate that it is undertaking the reforms needed to restore confidence in the euro zone, as the currency slid against the dollar on concerns that Italy could be the next nation to fall victim to the debt crisis.

"Italy must itself send an important signal by agreeing on a budget that meets the need for frugality and consolidation," she told a joint news conference with Icelandic Prime Minister Johana Sigurdardottir in Berlin.

"I have full confidence that the Italian government will pass exactly this kind of budget, I discussed this yesterday with the Italian premier," said Merkel.

The chancellor signalled she was skeptikal about demands for a sharp increase in the euro rescue fund to help cope with the crisis. Over the weekend, the German newspaper Die Welt quoted an unnamed European Central Bank source as saying the European Financial Stability Facility, the euro zone's sovereign bailout fund, which has a nominal size of €440 billion ($616 billion) euros, was not large enough to protect Italy.

Merkel was speaking as top euro-zone finance officials met in Brussels to discuss a second bailout for Greece and the worsening situation in Italy. Investors have been unsettled by fears that Italy's planned budget cuts totalling €47 billion might be watered down in parliament.

The cabinet approved the cuts at the end of June. They have yet to be approved by parliament.

Finance Minister Giulio Tremonti, until now regarded as the guarantor of a strict austerity program, is under mounting political pressure. On Friday, Prime Minister Silvio Berlusconi said changes would be made to the austerity package. In a newspaper interview, he said politics was about votes. Tremonti, by contrast, wants to balance the budget by 2014 -- otherwise, he had warned last week, there would be a "catastrophe."

The political impasse has prompted financial markets to focus on Italy, whose debt-to-GDP ratio, at 120 percent, is second only to that of Greece in Europe. However, the Italian budget deficit is under control and the economy, the euro zone's third-largest, is far stronger than that of the high-debt nations Greece, Ireland and Portugal that have sought EU bailouts.

Merkel also said that Germany agreed with other leaders of the euro zone that Greece needed fast approval of a second bailout package and that Germany would do everything needed to defend the euro currency.

"Germany and all euro partners are steadfastly determined to defend the stability of the euro," she said. "Regarding Greece, I would like to say it must get a new program very quickly, within a very short time frame."

The euro slid Monday on concern about Italy, trading down 1.5 percent at $1.4050 at the start of US trading. European stock markets have also been falling. 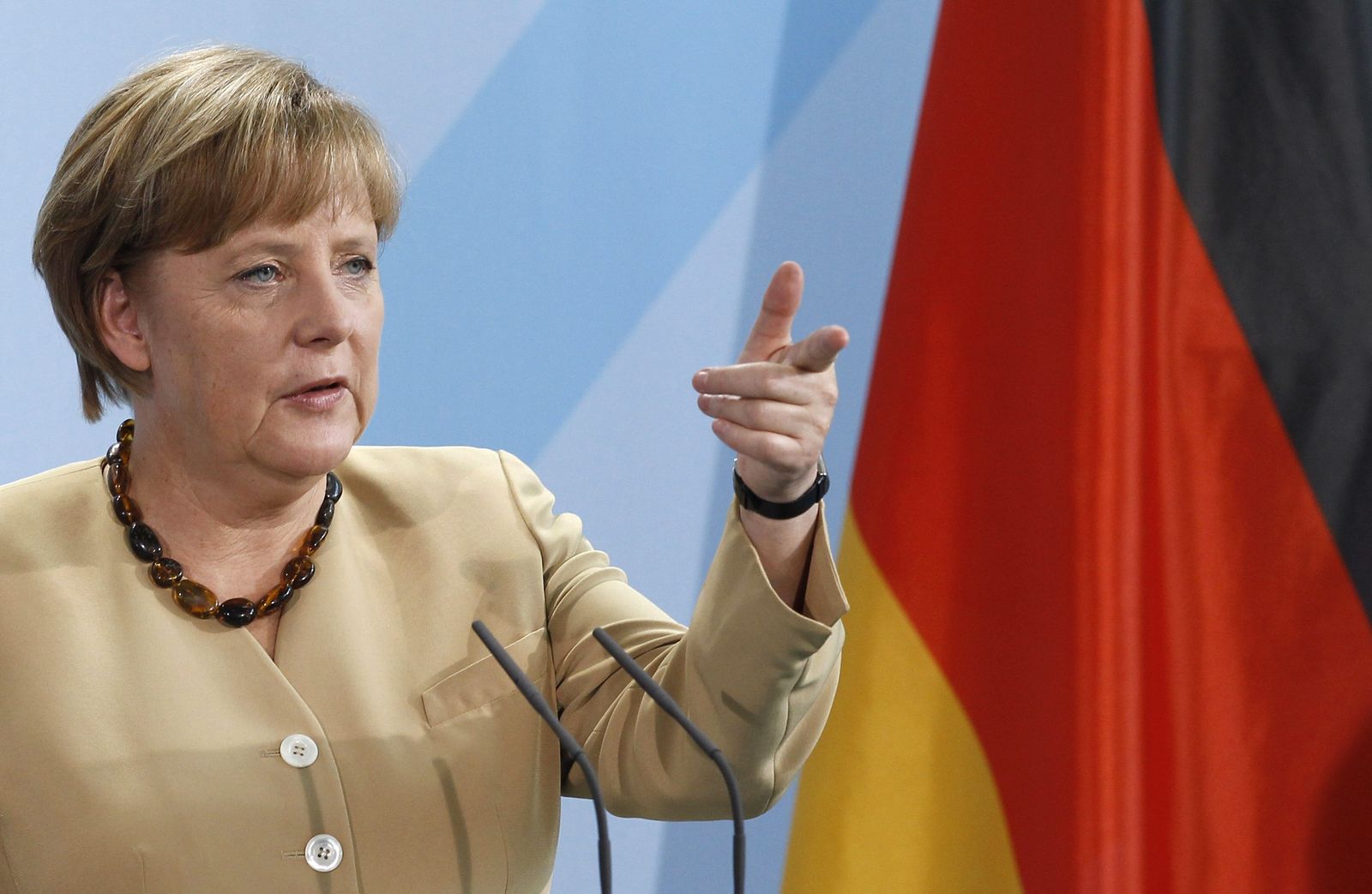