It must be said right at the beginning: The Greeks will, for a change, decide for themselves how they and their country will move forward.

They have had no real opportunity to do so for quite some time. For about a year and a half, this once proud country has been under foreign administration; it is de facto no longer a sovereign state. The government's most important task has been dragging the austerity programs and structural reforms through parliament and implementing them. These are dictated by the strict troika of the EU Commission, the European Central Bank (ECB) and the International Monetary Fund. Otherwise there will be no more bailout money, and the country would go bankrupt.

To no longer be the master of their own finances, to be begging for money and ready to do almost anything for it -- this is as humiliating for penniless states as it is for poor people. It injures the soul, stirs up anger and creates desperation. Knowing that the situation is also largely self-inflicted only makes things worse.

That the Greek Premier Georgios Papandreou wants to consult his people on the financial restructuring of the country seems like an act of desperation appropriate to the dramatic principle of 'committing suicide in fear of death.' The voters will decide whether to endorse the decisions made in Brussels or not.

The latest in the seemingly endless series of euro-rescue summits last week concluded that private investors will relinquish half of what they are owed by Greece. Because around €200 billion of the €300 billion or more in government debt lies with banks, insurance companies and funds, the country would be rid of a considerable part of its crushing credit burden.

Regardless how the referendum's question is eventually worded, the Greeks will be voting on whether their country will remain in the euro zone or leave the single currency. The government could ask its citizens a very direct question: "Do you want to continue using the euro or go back to the drachma?"

How can Papandreou do this? It's asking the same people who riot against his policies! It is already clear what the outcome will be! Such were the instant reactions to the prime minister's announcement.

This was especially true as, up till now, the biggest fear of the other euro-zone members was that Greece would say goodbye to the currency. The formula for European apocalypse goes something like this: First Greece drops out, then Portugal and Spain fall, and then Italy pushes the single currency over the cliff. If they're lucky, all that will remain is a northern European euro mini-zone.

No question, this danger exists if the Greeks say no to Brussels' decisions. Papandreou is going all in. Nevertheless, his decision is correct for several reasons.

First, the prime minister needs immediate legitimacy for his actions. He was elected before the escalation of the debt crisis; his policies require extreme steps. In Greece, unlike in Germany, political parties aren't bickering over a little more net from the gross, a tax for motorways or the closure of a few military bases. No, it is about brutal cuts never before seen in a developed country. If the German finance minister cut spending as ruthlessly as his Greek counterpart, he would have to spend about €100 billion less in a single year.

Secondly, the opposition in Greece is an obstruction. They have also failed to understand after a year and a half that the country cannot afford any party political antics. With a popular vote, at least there is hope that the opposition will come to their senses. At the very least, they must make their position clear on how they imagine the country's future.

Thirdly, Greece finds itself in a downwards spiral. Almost all of its citizens are victims of the austerity measures; many feel desperate and are going on strike. But when those who still do have jobs also no longer work, the economy is harmed even further. The vicious cycle continues. New, tougher measures are needed, and so on. If the majority of the population avowed itself to a way out of the crisis, this horrific situation would most likely be over. Strikes would probably be delegitimized.

There is some evidence the Greeks will support their leader when the chips are down, and won't torpedo the directives from Brussels. The majority of people in Greece believe that there must be a way out of this decade-long mess. Many are overwhelmed by the pace of change, but most don't want to go against its direction.

The experiences of other euro-zone countries are encouraging. The debt crisis has already brought down several governments, such as in Portugal and Ireland. But the parties replacing them have won majorities, having in some instances announced even tougher austerity measures.

Until the referendum in Greece, there will be an intense debate about the two alternatives: Brutal rehabilitation within the euro zone or state bankruptcy with a reintroduction of the drachma.

It will demonstrate that it is not about the choice between hell and paradise. Both paths will be difficult and grueling. Each citizen must decide for themselves what they believe to be the better choice. They will consider whether they want to risk their assets with an exit from the common currency -- savings would be worth hardly anything in a return to the drachma.

But at least every Greek gets to decide, and can no longer complain about their government bowing to international demands. And even if the Greeks ultimately say no, and in the worst case scenario the country leaves the euro zone, the consequences seem less dicey than they did a year ago.

The main problem of a return to a national currency is that the drachma would be massively devalued. Because the debt would continue to exist in euros, the government would be spending even more drachmas to pay it off. They would quickly go bankrupt.

That would probably create the need for an even more radical debt haircut beforehand, resulting in public creditors having to surrender more of what they are owed. Ultimately, more Greek debt would end up in the hands of the ECB and the other euro countries. This potential loss would probably happen even if Greece remains in the currency union -- only later rather than sooner.

The risk of contagion for the other countries no longer seems so high. No euro-zone member is in such a bad state as Greece. It now seems all the players in the financial markets see this as well. 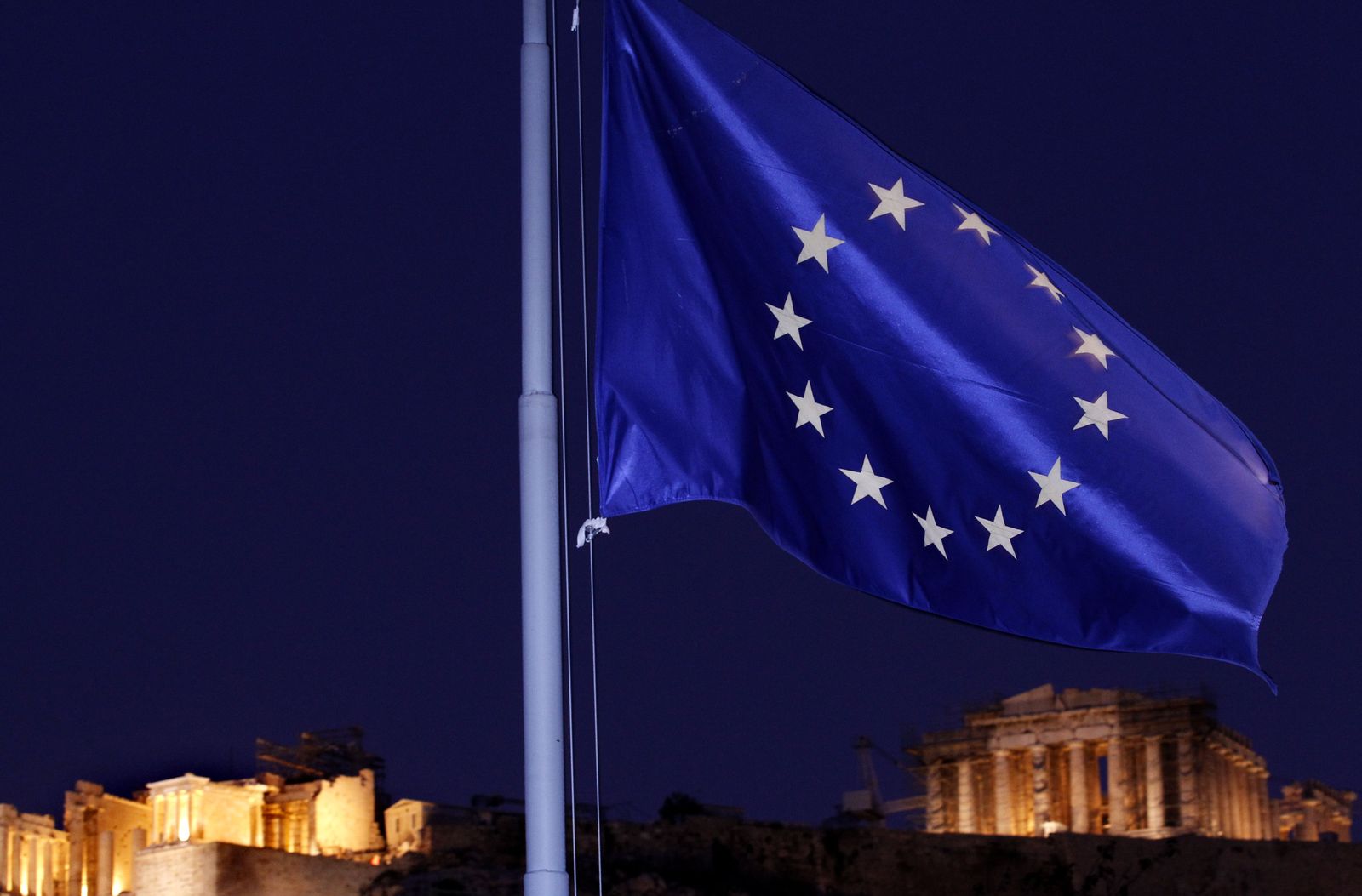 Greek Prime Minister Georgios Papandreou has shocked Europe with his call for a referendum.