One wishes that financial investors were made of the same stuff as German Chancellor Angela Merkel. With virtually the entire world convinced that the euro zone has not done enough to save the common currency, Merkel remains stoic in the face of demands to erect a gigantic firewall. On Thursday, she ruled out increasing the size of the permanent euro backstop fund, the European Stability Mechanism, beyond the currently planned €500 billion ($648.5 billion).

"The German government has always made it clear that the European debt crisis is not to be solved with a single blow," she told German parliamentarians one day earlier. She said that overcoming the debt crisis would take years and made a plea for patience and endurance.

It would appear, however, that not many are listening. This week has seen several indications that financial markets are by no means impressed with the results of last week's European Union summit. At the meeting, 26 EU member states agreed to move forward with fiscal integration, while Great Britain was left out in the cold.

Less than a week later, however, a cacophony of voices has begun once again calling for immediate action to restore confidence in the common currency. "Ideally, I would like to see a very clear declaration from the European Central Bank that it is prepared to do whatever is necessary to save the currency, and it is the ultimate backstop," said Irish European Affairs Minister Lucinda Creighton on Wednesday. "Having a fiscal compact in place by March is desirable, but I don't think it's going to save the euro."

Klaas Knot, head of the Dutch Central Bank and an ECB board member, suggested that it was European leaders who need to make the next move. He said that the debt crisis could be solved if the euro zone would boost its financial rescue fund to €1 trillion.

The need for immediate action would appear to be obvious. The euro fell below the $1.30 mark on Wednesday for the first time in almost a year. Furthermore, Italian borrowing costs remain high, with the country having to pay almost 6.5 percent interest on a Wednesday issue of five-year bonds. It was the most Rome has had to pay for five-year bonds since the inception of the currency union.

There are several other warning signs as well. The Financial Times reported on Thursday that US depositors are pulling their money out of European banks in favor of domestic institutions. Indeed, foreign banks in the US have seen the largest six-month drop on record, from well over $1.1 trillion to $879 billion.

In addition, revised forecasts for Germany's economy indicate that most leading economists believe that growth in 2012 will be less than 1 percent -- with the country's Ifo Institute forecasting just 0.4 percent growth -- and that the euro zone is facing a recession.

Furthermore, the European banking industry is facing significant uncertainty as a new financial crisis continues gathering steam. On Wednesday, Germany's parliament voted to reactivate a 2008 bank bailout fund, perhaps in preparation for injecting much needed capital into the country's second largest bank, Commerzbank. Furthermore, the ECB offered up dollars to banks in need. The huge demand showed just how difficult it has become for European banks to access the capital they require. Ratings agency Fitch downgraded five banks on Wednesday, including French giant Credit Agricole, and Standard & Poor's reiterated that it currently has 25 European countries and 42 European banks on its watch list.

Berlin, though, would appear to be unmoved, as is the German central bank. Bundesbank head Jens Weidmann, who is also a powerful member of the ECB board, vehemently rejected ongoing demands that the ECB embark on an aggressive bond-buying program.

"It's like an alcoholic saying that I need to get a bottle tonight," Weidmann said during a dinner with journalists on Wednesday, according to Reuters. "Starting tomorrow, I will be clean and abide by the rules, but I need the bottle tonight. I don't think it is sensible to give the alcoholic the bottle. He won't have an incentive to solve the problem."

Weidmann also said that the ECB board is also losing its appetite for the limited bond buying strategy it has thus far been pursuing, called the Securities Markets Programme (SMP). "The SMP's fans," Weidmann said, "are becoming increasingly skeptical."

There were, however, at least a couple of bright spots this week. For one, a Spanish bond offering came off much better than expected, with interest rates down over recent weeks. And Russia has indicated a willingness to pay €10 billion into an International Monetary Fund plan to prop up the euro. Weidmann had threatened not to participate if there was no help from outside of the euro zone.

Whether Russian participation is enough, remains to be seen. But Berlin, it would seem, is happy to wait. 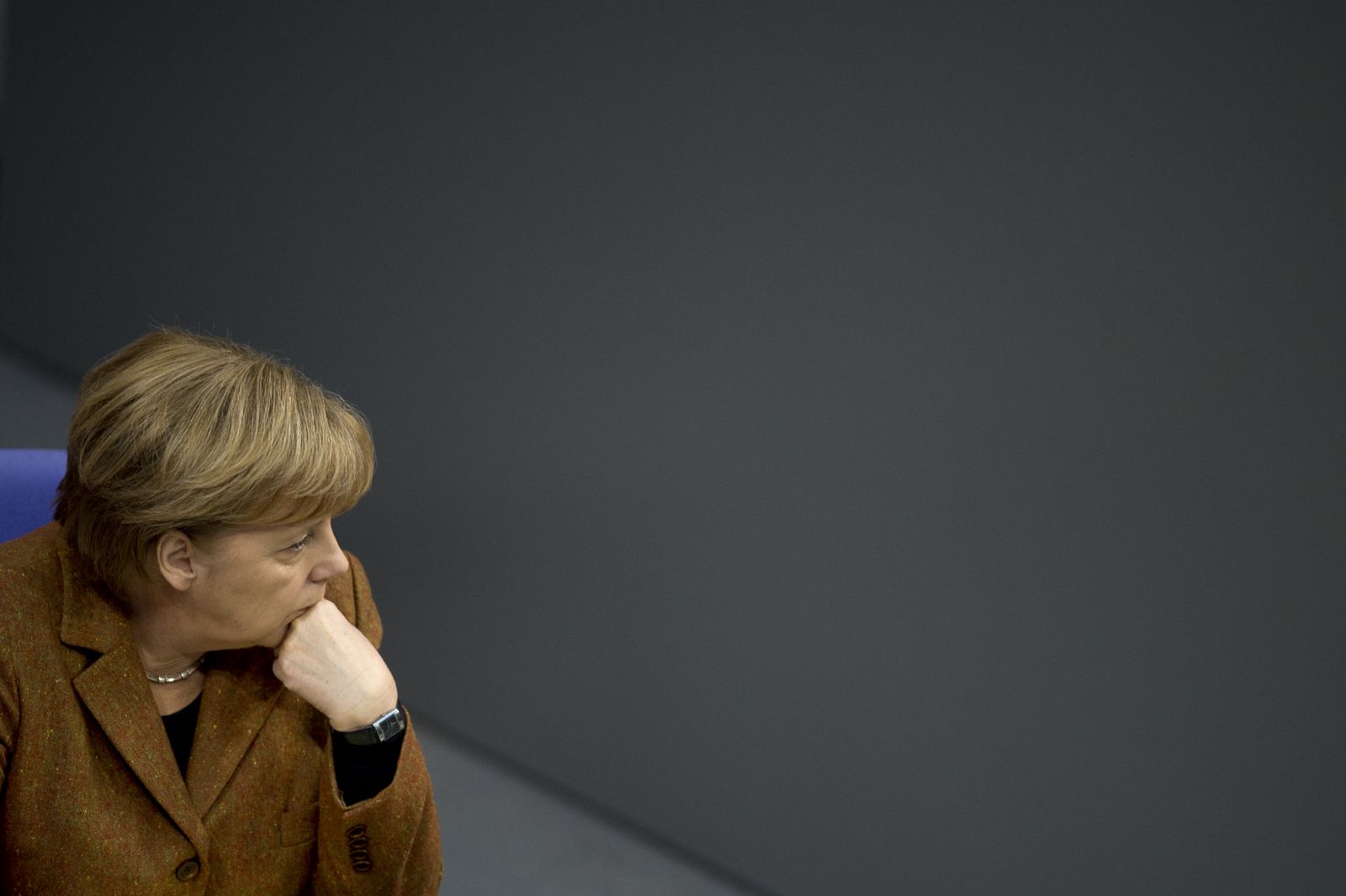