The new Greek parliamentary elections may still be three weeks away, but the country's euro-zone partners are already preparing for one possible outcome: that Greece will exit the European common currency zone soon after the vote.

Several newspapers, including the Wall Street Journal and the Financial Times Deutschland, are reporting that euro-zone finance ministries are making contingency plans in the event of a Grexit, as the media has dubbed the eventuality. And early on Thursday morning, Euro Group head Jean-Claude Juncker essentially confirmed the supposition.

"I did not ask the member states of the euro area to prepare national contingency plans, but of course we have to consider all kinds of events," he said following the informal European Union summit in Brussels on Thursday night. "But our working assumption is that Greece will stay as a member of the euro area."

The increased focus on a possible Greek exit from the euro comes as the country faces its second set of elections this spring after efforts to produce a governing coalition out of the results from the early May vote failed. With polls indicating that the Syriza party of left-wing politician Alexis Tsipras -- who has demanded that the EU lift austerity demands on his country -- could emerge victorious from the election, there are concerns that Brussels could simply cease making bailout payments. In such a scenario, a departure from the common currency area would become a very real possibility.

"We want Greece to stay in the euro," German Chancellor Angela Merkel said on Wednesday night in Brussels, "but we insist that Greece sticks to commitments that it has agreed to."

According to media reports, the contingency plans are being assembled by a working group made up of senior officials from the finance ministries of the euro zone's 17 member states. Three officials reportedly told Reuters that the agreement on developing such plans had been reached during a Monday conference call. Whereas Greece has denied the existence of such preparations, Belgian Finance Minister Steven Vanackere said: "All the contingency plans (for Greece) come back to the same thing: to be responsible as a government is to foresee even what you hope to avoid."

The influential German weekly Die Zeit is also reporting on Thursday that the European Central Bank has established a working group focusing on Greece. Germany's Bundesbank has also set up a crisis team. In its monthly report, released on Wednesday, the Bundesbank wrote that "current developments in Greece are extremely worrying." A Greek exit from the euro zone, the report said, would present "considerable but, with a careful crisis strategy, manageable" problems to the common currency.

The increased chatter about a possible Greek exit comes despite the Wednesday evening meeting in Brussels. Leaders focused primarily on possible ways to stimulate economic growth in the 27-nation EU in addition to hearing out new French President François Hollande's demand for the introduction of euro bonds, a controversial plan to which Germany remains vehemently opposed. Little of import was decided at the informal summit as leaders prepare for the regularly scheduled summit next month. 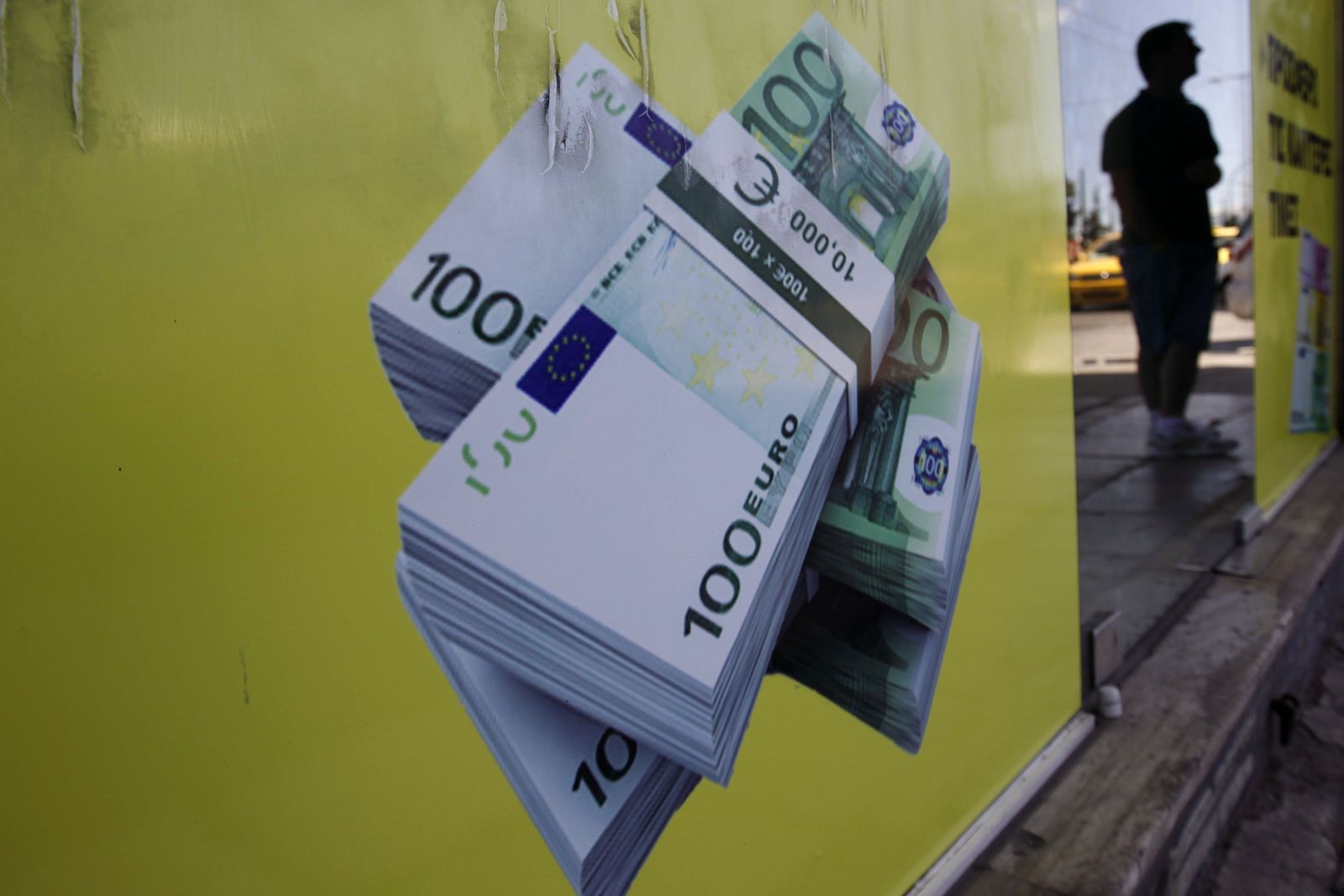 A shop window in the Greek port city of Piraeus.