Leading members of the ECB's governing council support the idea, the report said. But the German government and the German central bank, the Bundesbank, have in the past opposed the move because it could fuel inflation, endanger the ECB's independence and breach European Union treaties that forbid the ECB from financing euro-zone member states.

According to the Süddeutsche, the plan now being discussed would involve the ESM supporting countries like Spain and Italy through large-scale purchases of their government bonds. That would lower their borrowing costs which keep rising to unsustainable levels whenever markets are gripped by new uncertainty about the crisis.

ECB President Mario Draghi hinted at such purchases last week, but the new element would be that the ESM could place the purchased bonds with the ECB as collateral and obtain fresh money from the central bank with which to support ailing euro states. Supporters of the idea hope that the award of such a banking license to the ESM in itself would calm financial markets.

Experts and politicians have decided to asses whether and under what conditions "the fund should receive direct access to the European Central Bank," the newspaper cited an EU diplomat as saying. Another senior euro-zone representative said the idea was getting increasing support, Süddeutsche added.

The plan isn't new. France proposed it last year but Germany and other countries shot it down. But German Chancellor Angela Merkel faces increasing European pressure to drop her Nein and make way for a measure that many hope would end the two-year crisis plaguing the continent.

The German Finance Ministry on Tuesday rejected the plan. A spokesman said the ministry saw no need for an ESM banking license. "And we're not holding talks on this issue."

Former ECB chief economist Jürgen Stark, who is German, said the plan amounted to a clear breach of EU rules. "We are already in a very extreme stretching of European law, to put it mildly," he told Deutschlandfunk radio. Stark resigned from the ECB because he disagreed with its bond-buying program, which has been discontinued but whch Draghi signalled last week would be resumed.

Market uncertainty has increased in recent weeks with Spain, the euro zone's fourth largest economy, having trouble refinancing itself on capital markets. The chairman of the euro group of euro-zone finance ministers, Jean-Claude Juncker, warned in an interview with the Süddeutsche on Monday that the euro zone was at risk of collapsing and said: "We have no time to lose."

Luxembourg Foreign Minister Jean Asselborn supported the idea for an ESM banking license. The plan wasn't about "getting money without limits and without conditions," he told German public television station ARD. "But we must develop an instrument that effectively curbs speculation."

EU officials are desperate to prevent a full bailout of Spain because if Madrid becomes the next domino to fall, markets are likely to then target Italy -- a country deemed to be too big to rescue.

Merkel, currently trying to enjoy a rainy hiking vacation in the Alps of South Tyrol, faces a difficult autumn. Two of her coalition partners, the Bavarian Christian Social Union and the pro-business Free Democratic Party, are just as staunchly opposed to giving the ESM a banking license as they are to establishing euro bonds, and so are many in her Christian Democratic Union party. The Süddeutsche even wrote that Merkel's coalition could face collapse if she were to push through any such proposal without regard for her political partners' reservations.

Rainer Brüderle, the parliamentary floor leader of the FDP, told the daily Die Welt: "A banking license for the ESM is an inflation machine and a wealth destruction weapon. It is neither in the German nor the European interest. With the ESM Germany already went to the limit of what is constitutionally possible, fiscally acceptable and economically sensible."

In the interview due to be published on Wednesday, Brüderle added: "Madrid, Rome and Paris should not overstretch things. The northern donor countries aren't inexhaustibly resilient, with regard to their own interest but also out of responsibility for Europe, they won't go along with an inflationary suicide mission."

CDU politician Wolfgang Bosbach, a vocal critic of recent bailout measures in the euro crisis, told the Rheinische Post newspaper: "Bond purchases by the ECB mean a further collectivization of debts without being able to attach conditions to it."

A number of German politicians criticized Juncker for saying on Monday that Germany was partly to blame for the escalating crisis because of "chitchat" that had unsettled markets. He was indirectly referring to German Economics Minister Philipp Rösler who said last week that a Greek euro exit had lost its "horrors" and that he was skeptical about whether the Greek government would be able to fulfil its reform pledges.

Volker Kauder, parliamentary group leader of Merkel's CDU, told the newspaper Bild: "Juncker is a good friend of Germany. That makes his criticism of German policy all the more incomprehensible. He should instead be urging the Greek government to meet its obligations. Germany is supporting the euro more than any other country." 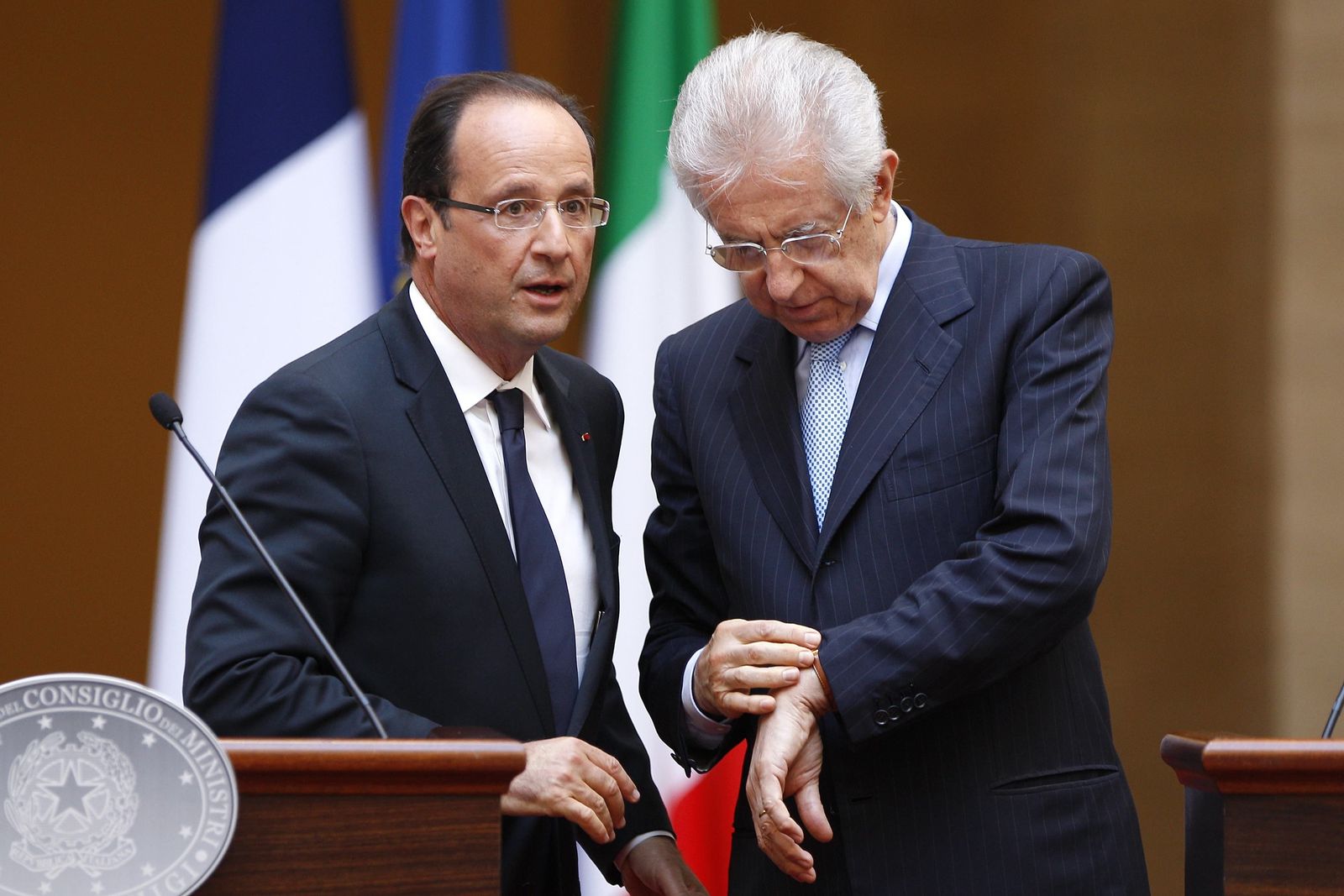