SPIEGEL: Mr. Mirow, there are now huge rescue funds established for both banks and states. Why are the financial markets still so nervous?

Thomas Mirow: As a first step, measures had to be taken that helped in the short term, but a few long-term structural problems have still not been solved.

SPIEGEL: What is the likelihood that Greece or Spain will be unable to fully pay back state bonds despite all of the rescue packages?

Mirow: It makes no sense to speculate.

SPIEGEL: But the banks are acting on precisely this assumption. That is why they are still lending so little to each other.

Mirow: It is true that the crisis of confidence has yet to be completely overcome. That is the background to the current debate about the stress tests, which would examine the banks' abilities to withstand any further upheavals. And the tests should also clarify in advance how banks with insufficient capital can be provided with extra equity.

SPIEGEL: How many banks would fail another test?

Mirow: When it comes to the big banks, the situation looks largely stable. Some Spanish savings banks and German regional banks are expected to look risky.

Mirow: The package was intended to calm the fundamental concerns about the euro, particularly outside of Europe.

SPIEGEL: In the US, many fund managers are now assuming that the euro will be dismantled in the end. How often do you have doubts about the euro's ability to survive?

Mirow: If the construction errors that became apparent during the crisis can be fixed, then I don't see any reason for doubts.

SPIEGEL: Can these deficiencies be removed if those states that are most affected are allowed to help come up with a solution?

Mirow: One cannot say for certain. However, the intensity with which Spain and Greece are dealing with questions like budget deficits or competitiveness would have been unthinkable a few months ago.

SPIEGEL: Despite all of these efforts, the central problems with the euro remain. Strong economies belong to the same currency union as weak ones like Greece. Is the euro not doomed to failure?

Mirow: There are also big differences between the states in the US. The question is, to what degree are the states there for each other and if there are effective balancing mechanisms. That was kept from the public for a long time.

SPIEGEL: Then the currency union is a transfer union?

Mirow: Yes, it has to be to a certain extent.

SPIEGEL: If one had told the public that beforehand, then, in Germany at least, the euro would never have been introduced.

Mirow: That may well be. But today the Germans need to be told how much their economy and jobs profit from the euro.

SPIEGEL: Does it make sense to allow other Eastern European states to join the euro zone following Estonia?

Mirow: Yes. But I don't expect any further members in the near future.

SPIEGEL: Because we could be faced with a repeat of Greece?

Mirow: Possible candidates are not ready yet. But it is still important that they continue to prepare themselves for entry.

SPIEGEL: Allow yourself a prediction: What is going to happen now with the economy and the euro?

Mirow: There is still a question mark over the risks on the financial markets. But it's not just the euro and Greece that play a role, but also the sustainability of growth in the US.

SPIEGEL: Doesn't the world have to adjust to lower future growth rates?

Mirow: The question is really which growth model we want to have in industrialized states. Before the crisis, it was largely determined by the financial sector and the capital markets. Now we need a new perspective. Discussions about stress tests and regulation alone won't make a huge difference. The two worlds of finance and the real economy should not be discussed separately. That is why I found it regrettable that renewable energies and climate protection played hardly any role at the recent G-20 summit in Toronto.

SPIEGEL: Are we sliding into an uncertain future without a clear concept?

Mirow: There is, at any rate, a lot that still needs to be done to avoid a long period of tiny growth rates in industrialized nations. 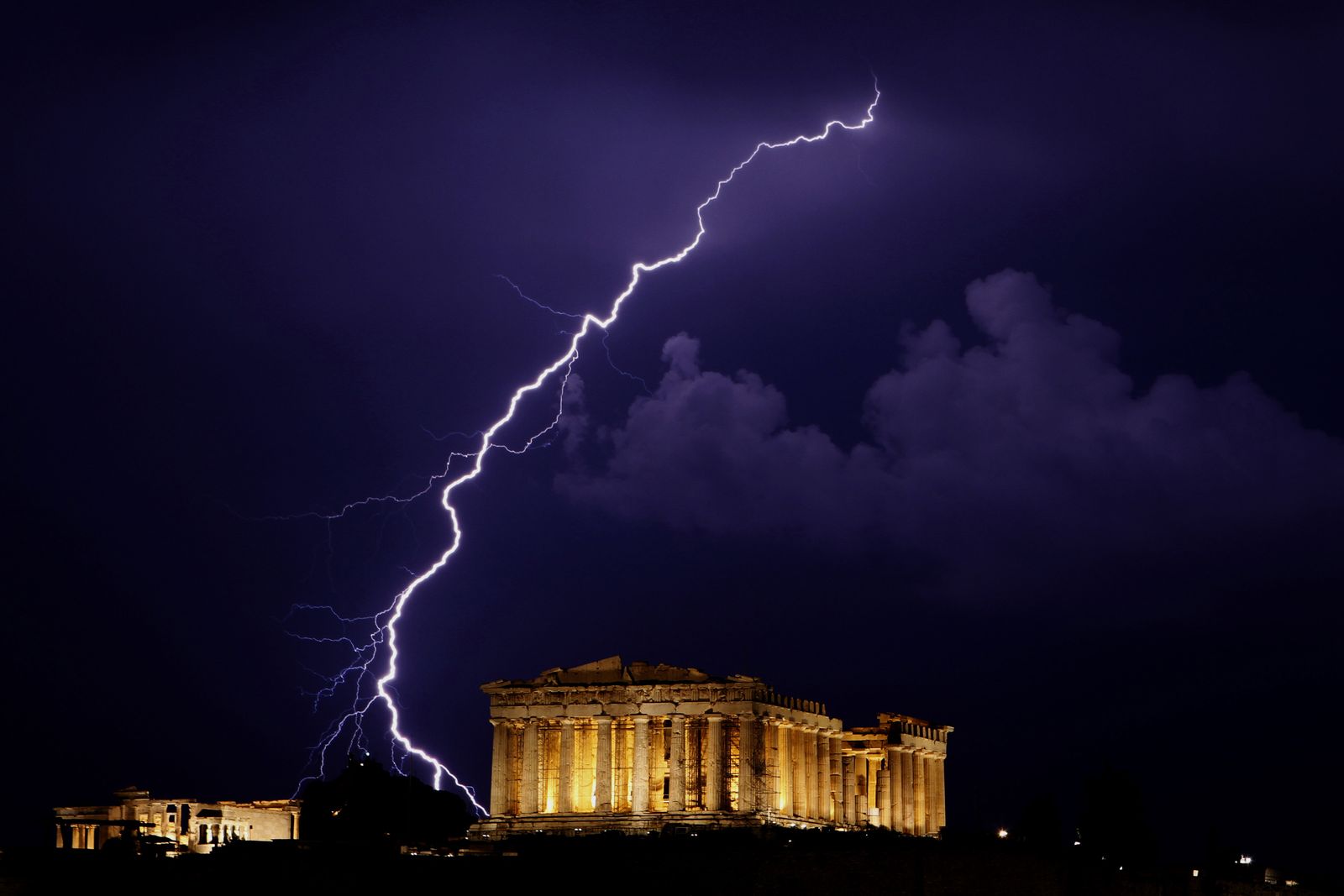 The euro's future remains uncertain with finances in Greece and elsewhere still wobbly.