It's only natural that everyone is resisting the idea of reopening a Brexit agreement that has already been negotiated once and for all. Of once again seeking a compromise, which this time would mean making concessions to Boris Johnson, a British prime minister who has plunged his country into a national crisis, violated the law, deceived the queen and made a mockery of parliament. No one, of course, wants to hand him the triumph of actually leading the British out of the European Union.

But in the current situation, defiance is the wrong attitude. It's time for cool heads to weigh the lesser of the two evils for the EU: a difficult compromise or further extending a Brexit torture that could still ultimately result in Britain leaving the EU without a deal.

Boris Johnson submitted a proposal to the EU this week to resolve the decisive issue, the question of the inner-Irish border. From all that is known about it, it is not a proposal that Brussels could simply accept on its face, much less Ireland. But it is a proposal the EU should accept as a starting point for serious discussions. Johnson wants to eliminate the need for the so-called "backstop," the emergency regulation designed to prevent a hard border between the Republic of Ireland and Northern Ireland, by finding a solution the Ireland problem now. The idea is for the EU to move away from the backstop, with Britain in turn agreeing to temporarily keep Northern Ireland inside the EU single market, but not the customs union. A solution would then have to be found for the border itself, one that would lie somewhere between the free movement of goods and a hard EU external border. The EU would likely have to accept a bit of a gray zone.

It's not a good solution. That much is clear. But what's the alternative? If the EU remains firm, Johnson will have to request a further extension of the withdrawal period, as British parliament has obliged him to do. But what then? A further delay would do nothing to solve the Ireland issue. After all, the Ireland problem isn't one of time -- it can't be solved any better in three months or three years.

Some are hoping that a postponement of Brexit might give Britain enough time to hold a second referendum on the issue. The idea is that British voters would this time choose to remain in the EU and everything would be hunky dory again. Dream on.

There isn't even a clear path to such a second referendum. Those who had placed their hopes in the Labour Party should know better by now -- particularly since the party conference two weeks ago. And even if a second referendum were to be held and the British actually reversed their decision, the country would still remain deeply divided. The Brexiteers would immediately claim to have been the victims of severe treachery and Britain would remain a source of crisis within the EU. A divided and paralyzed Britain would lead to the paralysis of the EU.

The other scenario would be new elections and Johnson could be given the mandate to lead the country into a no-deal Brexit -- at a time when economic growth in the EU is slowing down and Germany is on the verge of a recession. A contentious, no-deal Brexit would have consequences far beyond the economy. It would cause permanent damage to British-EU relations. And it would be the worst outcome for Ireland, resulting in the installment of a hard border between the Republic of Ireland and Northern Ireland.

The EU Must Soften Its Approach

As such, the EU should take a step back -- it's in its own interest -- to meet the British at the halfway point. The EU no longer needs to fear that Brexit will find imitators if Brussels shows itself to be too yielding. The picture Britain has painted over the past three years -- the crises in government and parliament and the threat of the United Kingdom disintegrating -- should have a sufficiently deterrent effect.

After more than two years of negotiations and considerable struggle, Brexit has become inevitable. It would be good for the process to finally be completed. Separating in a positive manner is the prerequisite for a reasonable relationship in the future. The EU has occupied itself for long enough with London and its escapades. Brexit has already drained enough attention, resources and energy, and fears of Brexit have paralyzed the union for long enough. The EU needs to save its strength for other things, like the start of the presidential election campaign in the United States, like China, the migrant issue, the threat of a recession and climate policy. It's time to be sensible and bring this process to an end. Europe can no longer afford the Brexit insanity. 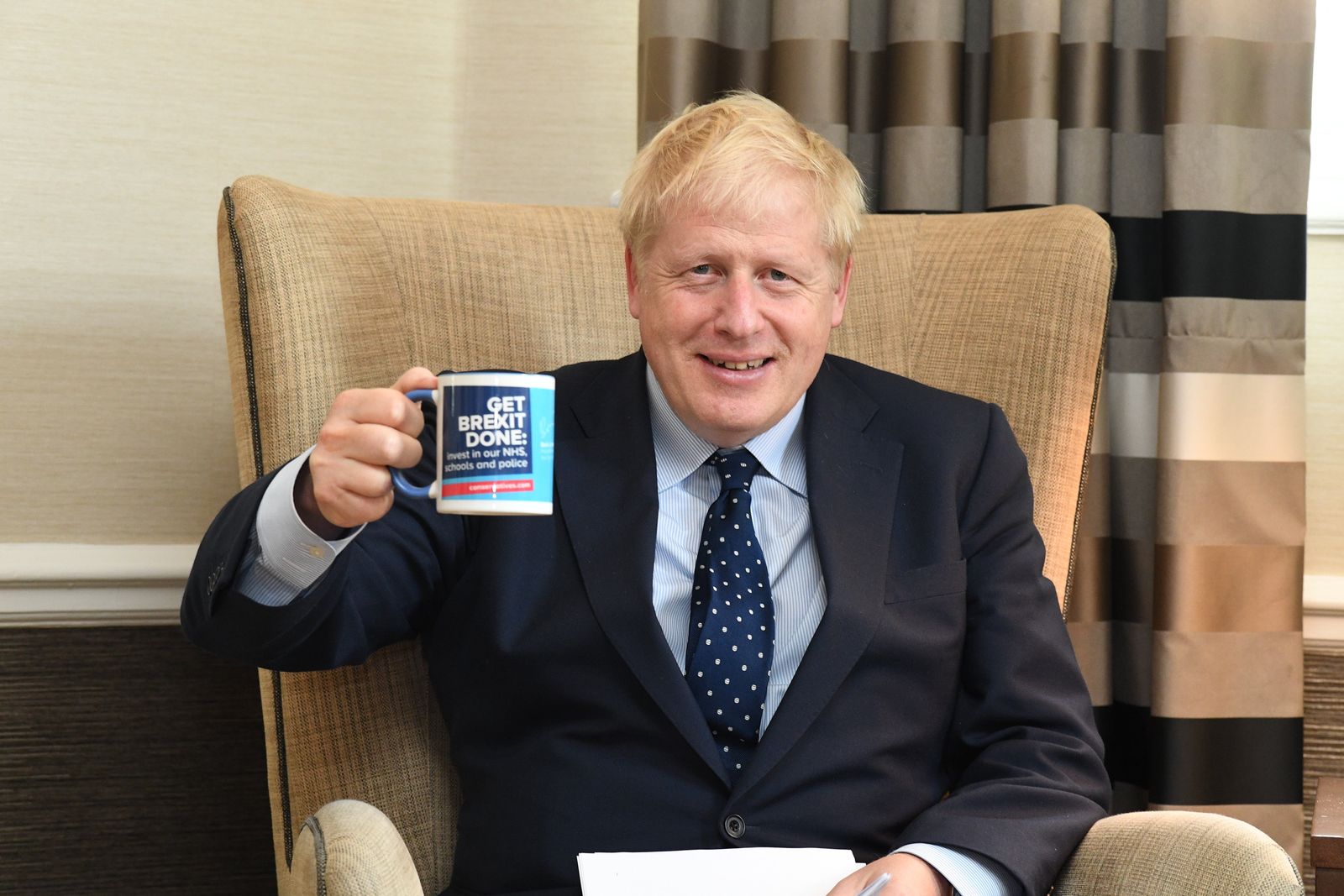