Just over 47 years ago, when the United Kingdom finally joined the European Economic Community, following intense debates and a close vote in parliament, the era-defining event was celebrated with a gala concert in London. It included a “Fanfare for Europe,” composed especially for the occasion. An idealistic, conservative prime minister – Edward Heath – had led Britain into Europe. In an effort to convince the skeptics, he said: “We have the chance of new greatness. Now we must take it.”

His eventual successor, Boris Johnson – a gambler rather than an idealist – used almost the same words to mark the country’s plunge into independence. He won his bet with the promise that Britain’s departure from the European Union would give control back to the people of Britain. He sold the illusion that a proud nation state is still the most powerful force of all, even in this age of globalization – freed of the shackles of a woeful and tedious alliance that had been inaccurately sold as a community of fate.

The EU considered the impending tragedy of Brexit to be so absurd, so idiotic and backward, that it was long unwilling to accept it as a possibility. Brussels did nothing to help the lamentable Prime Minister David Cameron win the referendum. The EU thought it had to be unyielding in negotiations with Cameron’s successor Theresa May (“this deal or no deal”) in order to convince Britain not to go through with it and to scare others away from trying.

But the EU achieved exactly the opposite: In the three-and-a-half years since the June 2016 referendum, the British only became more determined to leave and more disgusted with the bloc. The Continent must now be at pains to avoid repeating those mistakes by once again transforming negotiations over future relations into an obstacle course.

The temptation to succumb to resentment and take steps to penalize Britain remains strong in Brussels. Simply allowing a powerful member state like the UK to leave unpunished calls the EU’s own self-image into question. The European project is rooted in the belief that there is no other option – in the rationally, though not emotionally, coherent conviction that European nation states must sacrifice a portion of their independence in order to find success in a globalized world.

Dreams of a "Special Path"

Germany had no trouble doing so. On the contrary, the country had forfeited its sovereignty in World War II and only completely got it back again following reunification in 1990. By then, it was already firmly anchored in the EU and in NATO. In order to allay concerns about a newly reunified Germany, particularly those in Paris, Germany agreed to give up the deutsche mark, the most powerful symbol of the country’s sovereignty, and join the currency union. From the very beginning, European integration was a path for Germany to release itself from the demons of its Nazi past and abandon its destructive dreams of a “special path.”

But the situation was completely different in Britain. They, too, had followed a special path in Europe for a thousand years, one with its own set of stumbling blocks. All in all, though, the path was a positive one. “We in Britain are not going to turn our backs on the mainland of Europe or on the countries of the Community. We are a part of Europe: by geography, tradition, history, culture and civilization,” Heath said. “Our destiny has been to help to shape Europe,” said Tony Blair, the subsequent British prime minister who, at the height of his appeal, was celebrated as something like the John F. Kennedy of the EU.

Now, Brussels shouldn’t keep the UK at arm’s length: It must be possible to have them both out and in at the same time. It would be the second act of the tragedy if Johnson were able to strike a trade deal with Donald Trump’s America quicker than with the EU. When it comes to foreign and security policy -- for example, in relations with Iran -- Johnson is closer to Europe than he is to the big brother across the Atlantic. It has not been forgotten in the UK that Blair’s downfall began when he followed George W. Bush into the Iraq War in 2003, while both Paris and Berlin declined. Johnson’s goal is to remain a political actor within the European system without becoming an also-ran in an asymmetric partnership with the U.S.

Continental Europeans are fully aware, of course, that if the relationship were to remain sour on the long term, the harm to them would be at least as large as it would be to the British. Nevertheless, a majority of the European public appears not to have understood the consequences that the historical break could have. And many European politicians, including German Chancellor Angela Merkel, must face up to criticism that they didn’t do enough to truly understand the reasons for the sense of alienation between the UK and the EU. Otherwise, they would not have stood by and done nothing over the years as the crack widened into a gaping breach.

The unique role Britain played in Europe was mocked and impugned, seen as a yearning for lost greatness and caused by lingering pain from the loss of its empire. Much of Europe acted as though Brexit was only about British – or, more specifically, English – sensitivities, as though it didn’t also have existential implications for all of Europe. Some of the most zealous federalists even appear to be hoping that the EU has now been freed of a major hindrance and that the path is now open to a political union, as was agreed to in the Maastricht Treaty almost 30 years ago.

But the tactical maneuvering, the delays and the missed opportunities since then cannot all be blamed on British intransigence. Europe has always been ready to grant exceptions to Britain (and others), so-called opt-outs – on the currency union, on the Schengen Agreement and on the European Social Charter.

That was the deal from the very beginning: Britain would never be part of a complete political union, preferring instead to just a member of a confederation of states with a common market. Continental Europe could comfortably hide behind this contradiction because it concealed its own conflict over whether it wanted the EU to be an association of states or a true union. Britain’s EU membership was a misunderstanding inasmuch as it rested on the EU’s own disparity between the goals it proclaimed and the reality it lived.

Now, though, it is time to soberly admit that the British, in their allegedly small-minded cost-benefit pragmatism, are actually the more far-sighted realists. The EU as a political project, devised in the late 20th century for the 21st century, in part also as a palliative against post-reunification German hegemony, has failed.

Not because the British sunk the project, but because Europe – in its euphoria over the convergence of the continent and the proliferation of democracy – overreached. Not an “ever closer union,” but a flexible union would have been a more successful strategy for an EU of 28 member states. The euro crisis and the debt crisis brought the north-south economic divide into stark relief while the refugee crisis split the east from the west. And all the crises together stoked anger at Germany’s “geo-economic nationalism” and “moral imperialism.”

Brexit has made it clear to everybody that the goal of a united Europe is far from certain. The British are leaving the EU because they can. The Irish historian Brendan Simms, who teaches at Cambridge, argues that if there is a power in Europe able to stand on its own two feet, then it is the British. That conclusion is borne out of the thousand years of conflict and cooperation in the British-European relationship and out of hundreds of years of parliamentarian sovereignty. In World War II, Britain was the only European participant not to have experienced occupation.

The article you are reading originally appeared in German in issue 6/2020 (February 1st, 2020) of DER SPIEGEL.

If the UK were to really turn its back on Europe, if it is driven into isolation by trade diktats from Brussels, then European geopolitics would have to be completely reimagined. The Continent would no longer be able to count on a disgruntled Britain – which remains the second-largest military and economic power in Europe – to stay engaged in the defense of Europe’s eastern flank in Poland and the Baltics. It would lose an ally with nuclear deterrent capabilities and with a permanent seat on the UN Security Council. A severely weakened Europe would remain held back as a world power-wannabe.

Instead of sinking into haughty self-pity, into bickering and recrimination, the EU should set aside its arrogance and accept that for the foreseeable future, it will be a confederation and not a true union. Who, after all, could pave the way for a relaunch of the kind demanded by French President Emmanuel Macron in his September 2017 speech in the Sorbonne in Paris? Macron, weakened on the domestic front by unending strikes, is hardly a shoo-in for re-election in two years. In 2005, the French voted against a new draft constitution for the EU. It is also unclear who his partner might be in the German Chancellery.

Either way, boldness and an appetite for risk isn’t to be expected from Berlin. But it’s standard procedure in London. Boris Johnson showed that, if necessary, he had been prepared to accept a hard Brexit, complete with a hostile stance toward Brussels. And such acrimony is still a possibility if, as the British prime minister has demanded, a fair – and generous – trade deal isn’t reached between the Continent and Britain by the end of the year.

Bye-bye Britain? How about: Welcome to the neighborhood! 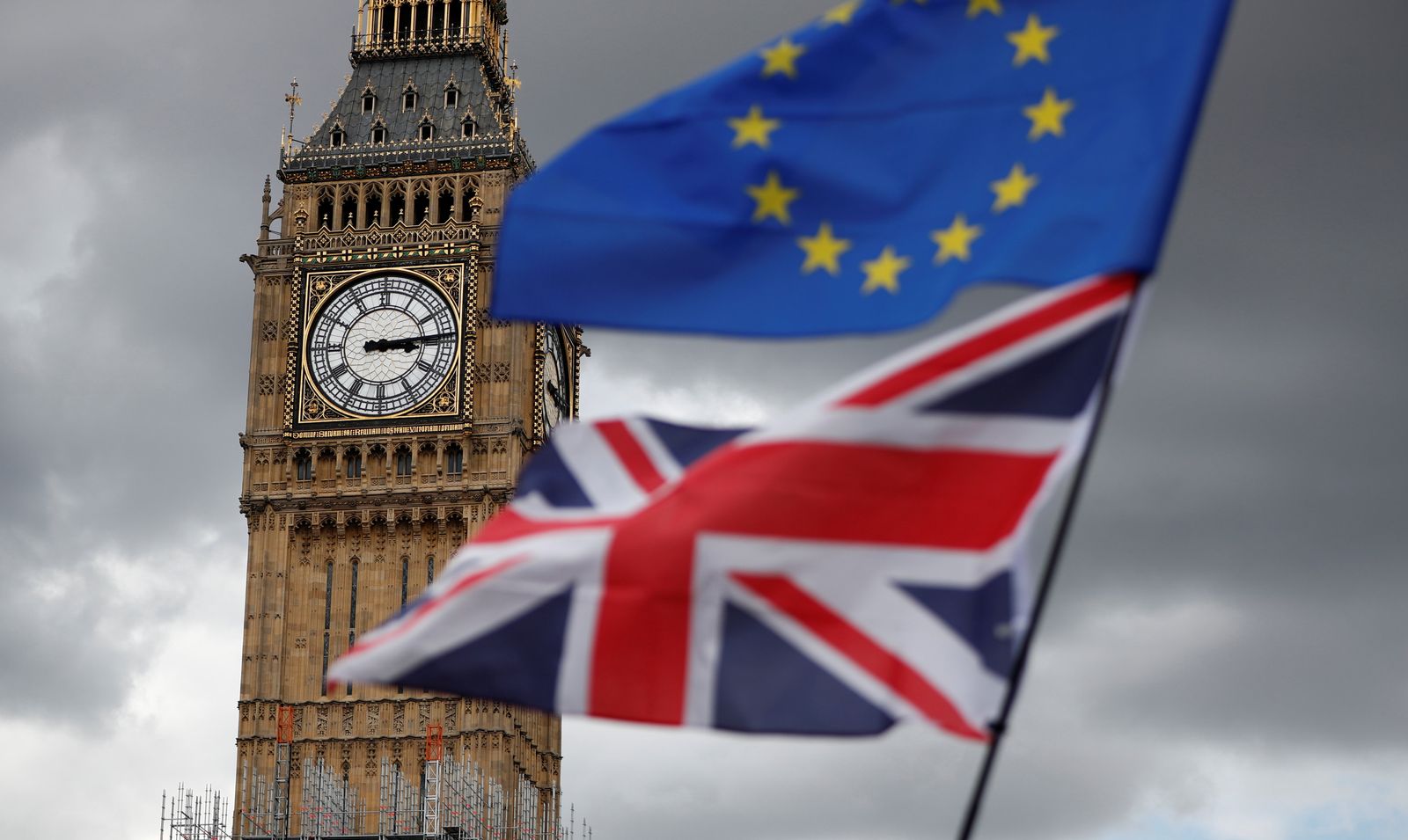 Europe and Britain must now redefine their relationship. 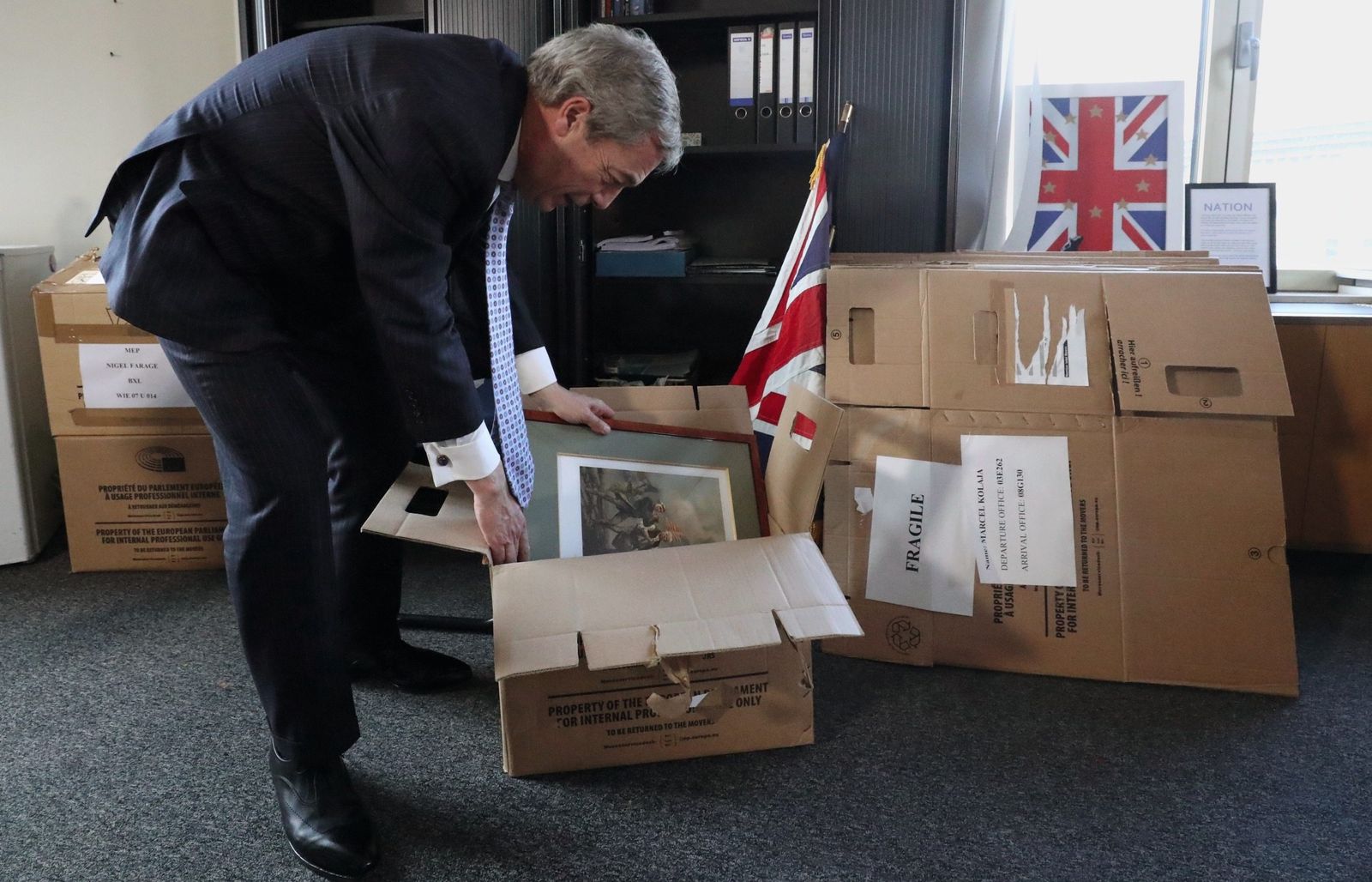 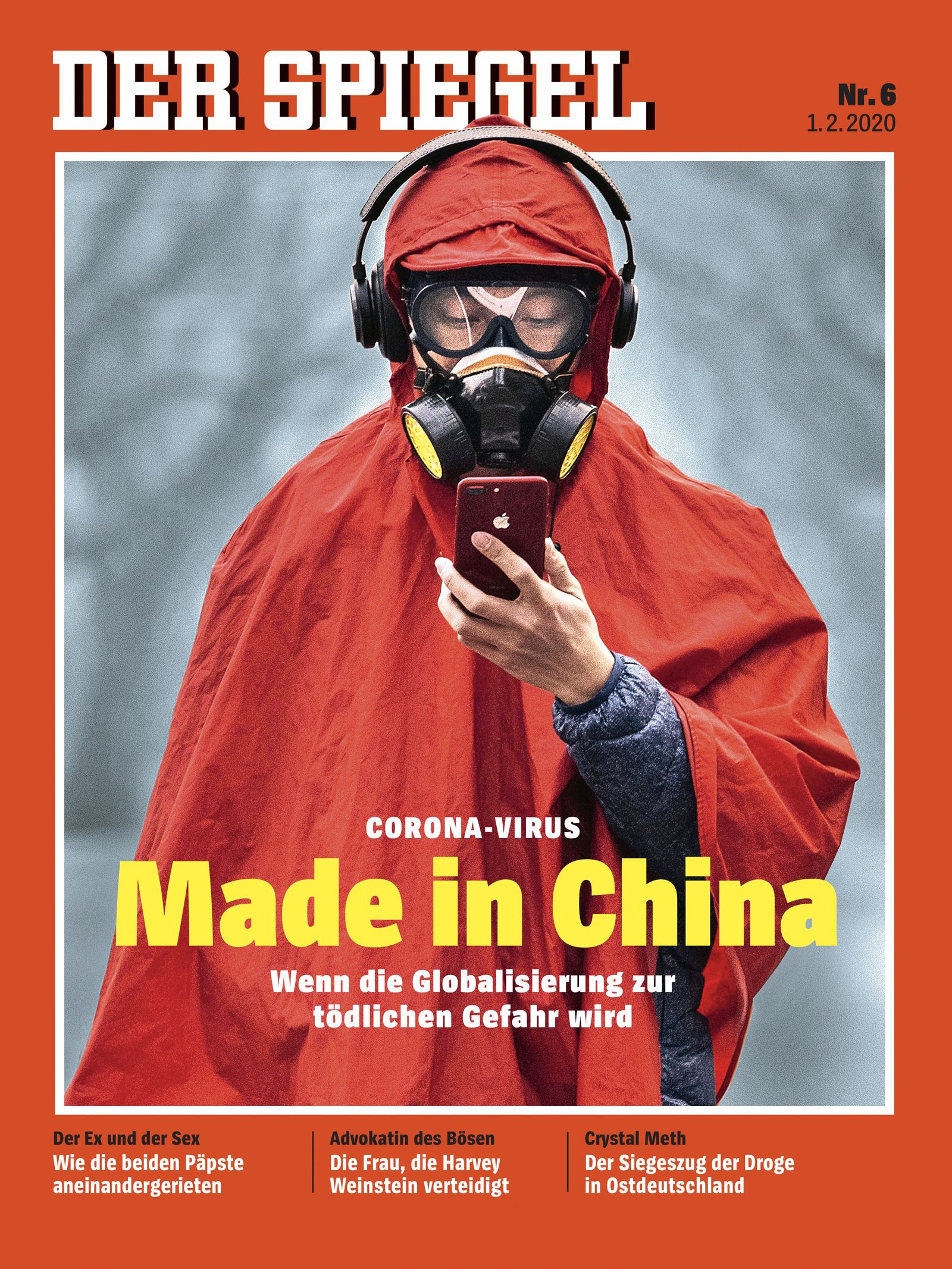