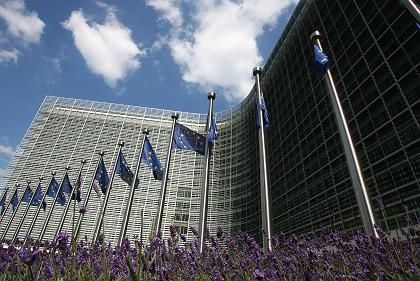 Europe is still looking for answers after the Irish no.

Europe's way forward remains murky following Ireland's no to the Lisbon Treaty delivered in last week's referendum. But slowly, the EU seems to be whittling down its options.

After meeting in Luxembourg on Monday, EU foreign ministers agreed to back away from talk of a "two-speed Europe", shorthand for a more integrated group of core countries surrounded by other EU members not yet ready to take the full plunge. Both Germany and France had raised the possibility that Ireland's rejection of the treaty -- which was designed to streamline decision-making processes in the EU, increase the bloc's foreign policy unity, and increase the lawmaking powers of the European Parliament -- could lead to Ireland being left out of a more unified EU.

Instead, Europe's leaders now seem intent on keeping the ratification process on track. Furthermore, many have raised the possibility that additional guarantees could be added to the treaty to satisfy skeptics in Ireland while at the same time justifying a re-vote.

A report in the Irish Times indicates that Ireland could be guaranteed that its taxation, military and family policies would remain untouched by the Lisbon Treaty. Prior to the vote, many on the "no" side had raised the possibility that the Lisbon Treaty would ultimately result in Ireland having to abandon the system of tax breaks that have made the island nation so attractive to foreign investors. Others claimed that closer integration with the EU would pitch Irish neutrality overboard and that the EU would force Ireland to accept abortion.

A list of guarantees has the advantage that it would not alter the text of the treaty, meaning that it would not have to be re-ratified by the 18 EU members that have already rubber-stamped the document. German Foreign Minister Frank-Walter Steinmeier also said that "the Danish model from 1992 could be a model in this crisis." He was referring to Denmark's 1992 rejection of the Maastricht Treaty and the subsequent opt-outs in certain areas offered to the country.

Luxembourg Prime Minister Jean-Claude Juncker on Tuesday blasted Germany and France in an interview with the Financial Times Deutschland, saying it was "arrogant" to send Ireland the message that its voice didn't count because it was a smaller country.

"I am uneasy about the fact that particularly the larger EU countries seemed to lack sensitivity when it comes to Ireland," Juncker told the paper. "I think it would be disastrous were we to shut Ireland out." Juncker himself said on Saturday on German radio that it may be time for a "club of the few."

The question as to how best to deal with Ireland's "no" will likely be the primary issue under discussion when EU heads of government and state gather for a summit later this week. Even as Germany's Steinmeier has called for a solution by the end of the year, many others have warned that a solution will not come immediately. Prime Minister Janez Jansa of Slovenia, which holds the EU's rotating presidency, warned that there will be "no final decisions" made on Thursday and Friday regarding Ireland.

Speaking before Irish parliament on Tuesday, Irish Prime Minister Brian Cowen also urged patience. "The fact of the matter is, there is no immediate, quick-fix solution available here," he said. "There is a serious political and legal situation that has to be examined and discussed.... To be talking speculatively about where all this ends up is premature, quite frankly."

German Chancellor Angela Merkel, though, has joined a growing chorus of voices calling for the eight countries which have not yet ratified the Lisbon Treaty to complete the process. "Together with Ireland, we have to work out a solution and the process of ratification should be finalized in all 26 other countries," Merkel said.

Still, even that may not be as straightforward as many are making it sound. Soon after the Ireland referendum, Czech Republic President Vaclav Klaus, whose country has not yet ratified the treaty, said the Lisbon Treaty was dead. This week, his prime minister, Mirek Topolanek, sounds just as skeptical.

"I do not think anybody has a clear idea with respect to continuing the ratification process," he said.