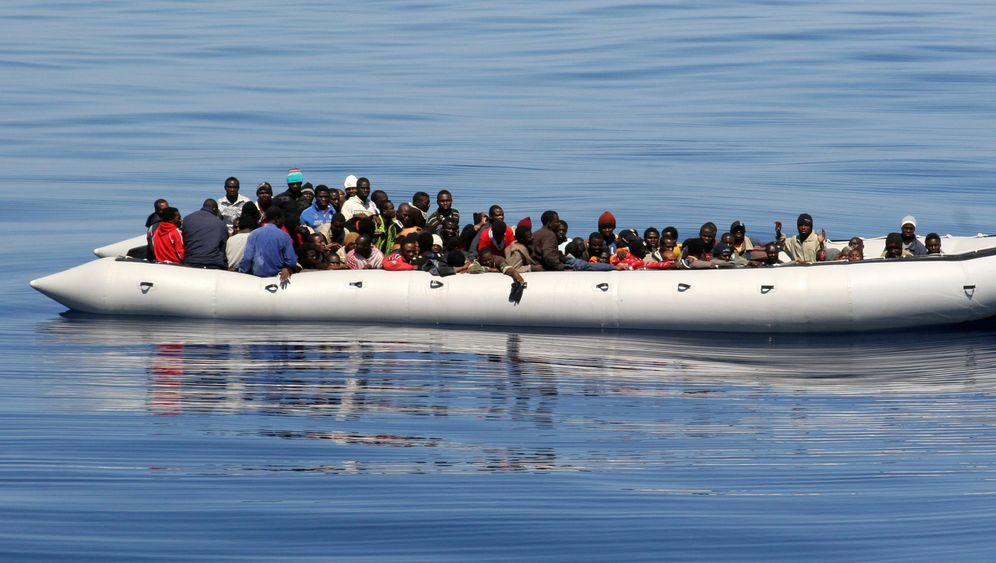 In May 2011, two SPIEGEL reporters described a brief moment of happiness on a deadly voyage undertaken by dozens of refugees in the Mediterranean. Seventy-two people had crowded onto an open boat -- only seven meters (23 feet) long -- that was to take them from Tripoli, Libya, to Europe. Two days after leaving Libya, they were already in trouble at sea.

But then came hope: Survivors described feeling relieved when a helicopter flew over the boat and hovered just above it. Water bottles and packages of cookies were lowered from the aircraft. One of the men in the helicopter, they claim, appeared to have waved. But then the helicopter flew away -- and help never came.

The refugees had been tracked, but the issue of who was supposed to deal with them had been the business of individual European Union member states. On this issue, the EU lacked clarity. Once again authorities in different European countries had spotted a refugee drama unfolding, and yet again they had looked away.

Italian border officials contacted their counterparts in Malta to warn them that the boat had entered Maltese waters. But officials there later said they knew of no such a call. The refugees had been adrift near the dividing line between the Maltese and Libyan rescue zones, which was problematic given that Libya was at war at the time. A European investigation would later reveal that a NATO ship. a Spanish frigate, was just 11 sea miles away and an Italian ship was 37 sea miles away. But nobody helped.

After 15 days, the boat washed up on the Libyan coast, and 63 of the original 72 passengers were dead.

This tragic example shows that the problem with EU refugee policies isn't the tracking of refugees. The real problem is the coordination of sea rescues. If the European Commission's position on the new Eurosur program for border protection, which was approved by the European Parliament on Thursday afternoon, is to be believed, this will now be radically improved. European Commissioner for Home Affairs Cecilia Malmström of Sweden said the new system would protect refugees from death because it would more quickly track immigrants making the dangerous journey in boats that aren't sea-worthy.

Heavy on Surveillance, Light on Rescues

But the system for surveilling "irregular migratory flows," as they are called in the official jargon, is precisely the kind of monitoring apparatus America's NSA intelligence service might dream up. Using drones, intelligence equipment, offshore sensors and satellite search systems, they plan to survey the Mediterranean in its entirety, linking data through "system-of-systems" technology. National coordination centers are also expected to assist in the exchange of data with the European border protection agency Frontex.

Eurosur is set to go into force in seven member states in December. The goal is to further reduce the number of illegal border crossings, close to two-thirds of which take place through passage by sea.

Even if European politicians are trying to suggest otherwise in the current refugee debate, sea rescue operations aren't one of Eurosur's declared tasks. The regulation states merely that Eurosur should provide the infrastructure and tools needed by member states "to improve their situational awareness and reaction capability when detecting and preventing irregular migration and cross-border crime as well as protecting and saving lives of migrants at the external borders …" How these rescues are to be coordinated and what happens to those migrants who are rescued is not mentioned anywhere in the regulation.

Ska Keller, a member of the European Parliament with the Green Party, told SPIEGEL ONLINE: "It says rescue on it, but that isn't actually a part of Eurosur. In the future, we'll know how many refugees coming to Europe are in danger, because, with Eurosur, all member states need to inform Frontex about refugees in distress at sea. But they don't need to make more of an effort to save those people."

Critics, furthermore, claim the system is expensive and the estimated €244 million ($331 million) installation and operation costs are unrealistic. A study by the Heinrich Böll Foundation estimated the price tag at up to €874 million, and pointed out that no proper technological risk assessment has been carried out.

An even greater cause for concern is that the drones could warn Algerian or Libyan authorities about refugees leaving their shores. Bilateral agreements are planned with those countries -- at least, after the pilot stage. This could allow them to catch refugees and bring them home before they reach the European border. Algeria and Libya have often been criticized by human rights organizations for their treatment of refugees. "Other countries would then be doing the EU's dirty work," says the Green Party's Keller. She isn't satisfied by the commission's assertion that Eurosur would be implemented with "full respect for fundamental rights and the principle of non-refoulement."

After consultation between the Council of Europe, the powerful body representing the leaders of the 28 EU member states, and the European Parliament, Britain's proposal to give Eurosur data to the United States, however, has ruled out. That, apparently, was one step too far. 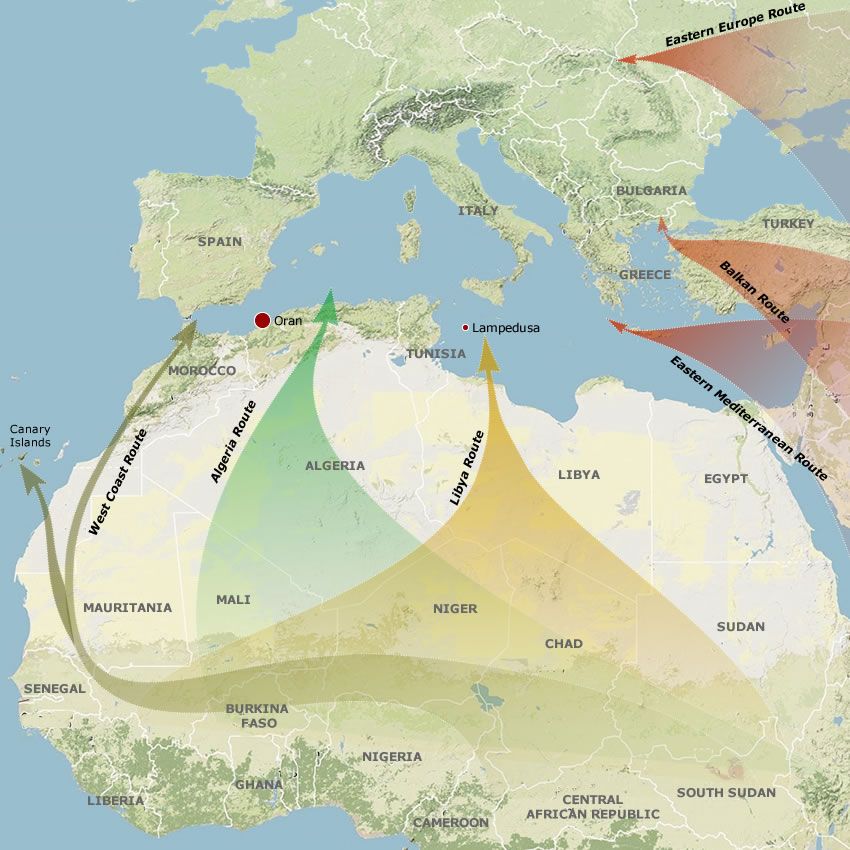 Graphic: Routes Used By Refugees to Travel to Europe in 2013