The Asian markets are something of a canary in the coalmine when it comes to foreseeing how the day will unfold for European and US financial markets. And on Tuesday, that canary was looking woozy indeed.

After widespread investor optimism on Monday in the wake of the weekend news that Spain would receive up to €100 billion ($125 billion) in emergency aid for its wobbling banks, Tuesday has brought a return to realism. Black stock-exchange numbers have once again nudged back into the red and worries about the survival of the euro zone have returned despite the Spanish bailout.

The apparent skittishness isn't surprising. Greek voters go to the polls on Sunday in an election that many believe could determine whether the country remains in the euro zone or is forced out. Potentially more ominously, numbers released on Monday indicate that the Italian economy is in disastrous shape, having shrunk in the first quarter faster than it has in three years. It is the third quarter in a row that the Italian economy, the euro zone's third largest, has contracted. Many believe that it is merely a question of time before Italy also has to apply for emergency aid from the euro backstop funds.

Meanwhile, despite official optimism from Madrid -- and even from the oft-dour German Finance Minister Wolfgang Schäuble -- it is doubtful that €100 billion will be enough to save Spain's banking industry and put the euro zone back on the road to recovery. For one, recent history has shown just how quickly banks can run into significant trouble should the economic situation rapidly worsen.

For another, it seems unlikely that the Spanish government will undertake the significant reforms necessary to establish lasting banking-sector stability. Thus far, success has been elusive. For far too long, Madrid painted a rosier-than-warranted picture of the country's banks and made only half-hearted efforts at reform. Prime Minister Mariano Rajoy was far too slow in asking for help from the euro bailout fund.

Indeed, it is now imperative that the troika -- made up of the European Commission, the European Central Bank and the International Monetary Fund -- take over control of banking reform efforts in Spain. Rajoy's fear of outside influence notwithstanding, oversight of Spain must be strengthened. Troika experts must make sure that the bailout money is used wisely and that the banking sector is made more efficient. Such an effort might include closing bank branches and shedding jobs, a task that the government would like to avoid at all costs.

Even if the effort to stabilize Spain's banks is successful, the country and the euro zone are still not out of the woods. The crisis, after all, has long since become much more than a banking crisis, even in Spain.

Both companies and consumers are heavily indebted and are now seeking to pay down that debt -- which reduces both consumption and investment. The tough austerity measures that Madrid introduced under pressure from its euro-zone partners serve to magnify the trend. The result is an economy that has been stuck in recession for months and a catastrophically high unemployment rate of close to 25 percent. And rising.

Furthermore, industrial production is at its lowest level since 1994. Such a deeply rooted crisis cannot be solved by merely pumping €100 billion into the banks.

In the short term, the decisive question will be whether financial market investors are willing to lend money to Spain at affordable interest rates. If Monday is any indication, there is plenty of room for doubt. On Monday morning, with the euphoria of the weekend bailout announcement still fresh, yields on 10-year Spanish bonds fell to 6 percent. By the time the trading day came to an end, however, rates had shot back up to 6.47 percent, a rate that is alarmingly close to the 7 percent widely deemed to be unsustainable. Spain is currently planning two bond auctions in the near future, one on June 19 and a second on June 21.

The primary strategy being pursued to prevent a further worsening of the situation is that of hope. And it is a strategy also being applied to the danger of further contagion. Greece, Ireland, Portugal, Spain: So far, European leaders have been unable to stop the chain of falling dominoes. Cyprus could come next. More ominously, though, are increasing fears that Italy might soon need help. It is unclear whether the euro bailout fund would be big enough to prop up Rome in addition to Madrid.

On Monday, Italian Minister of Industry Corrado Passera insisted that his country is not the next bailout candidate. In past cases, such declarations have proven a sure sign that the opposite is true.

Indeed, it is very possible that the euro crisis is now beginning to tighten its grip. And Europe is not prepared. 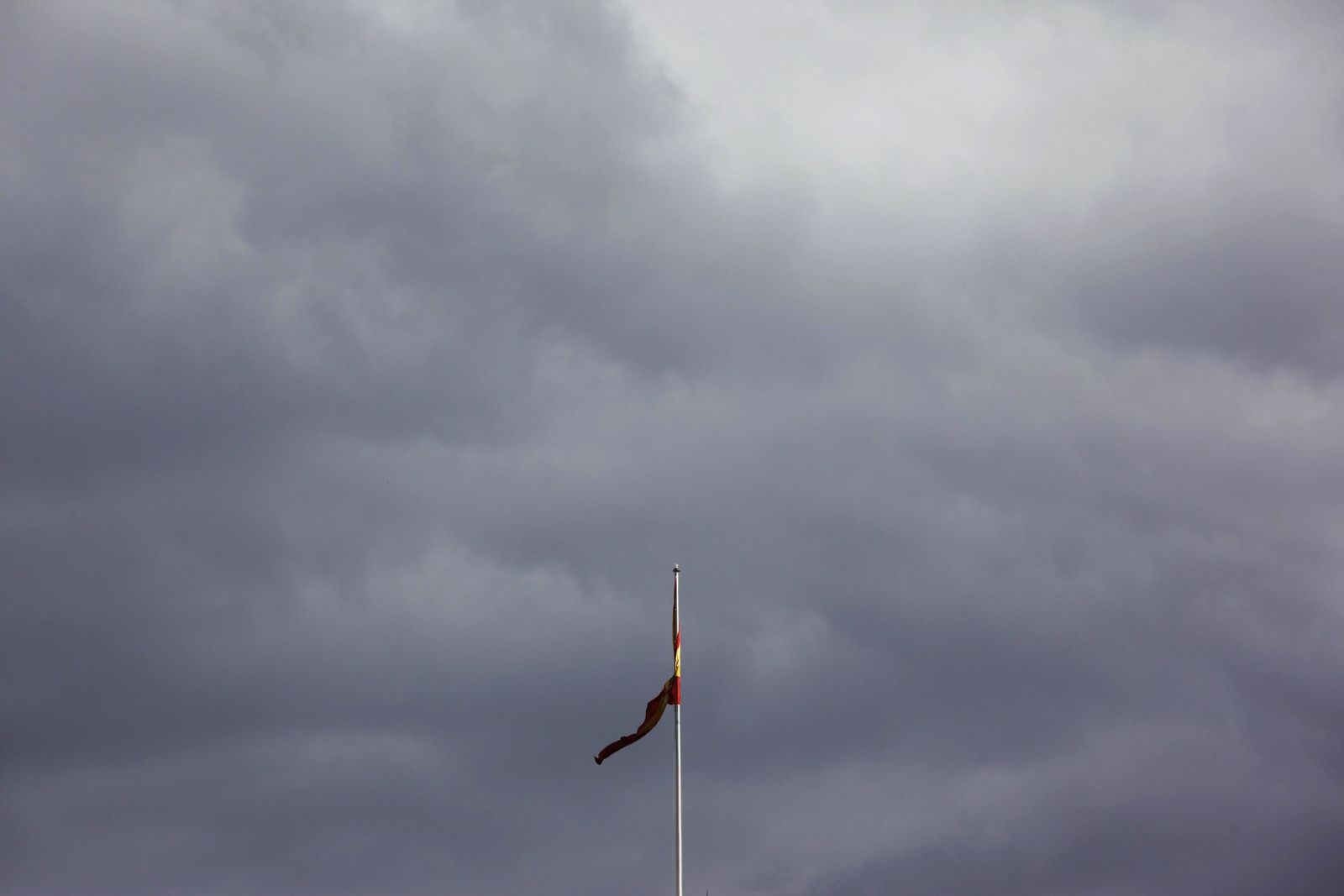 Spanish banks and the Italian economy have become the euro-zone's newest worries.