The White House couldn't help itself. On Monday afternoon at 6:24 p.m. German time, the press adviser to United States President Barack Obama set out a triumphant email. The subject line read: "Statement on Additional Countries in Support of September 6 Joint Statement on Syria." It was an official announcement that more nations had joined the president in what he intended to be a decisive global response to the use of chemical weapons in Syria.

Twenty-five countries were listed, from Albania to the United Kingdom, with Germany smack in the middle. But next to it was a small asterisk, signalling that the country's approval had come later. Specifically, it had come after Chancellor Angela Merkel had initially refused to add her signature on Friday, making her the only European representative at the G-20 summit in St. Petersburg to do so.

There was no asterisk next to other EU members like Britain, France or Spain, all of which, unbeknownst to Merkel, had signed the statement back in Russia while she was already on her way home to Germany. The White House email thus read like a categorization of US allies into first and second classes.

The debate over Merkel's Syria zig-zagging rolls merrily along -- even as an offer to hand over Syria's chemical weapons arsenal to international control for eventual destruction may have the potential to avert immediate US military intervention.

'We Had a Different Conception'

Ultimately the debate is also about Merkel's credibility in Europe and the world -- particularly since she justified her initial reluctance to sign by citing concerns about the voice of smaller EU countries.

Berlin, of course, has denied any kind of foreign policy hiccup. On Monday, Merkel's spokesman Steffen Seibert strongly defended the actions of the chancellor. "We had a different conception of the procedure," he said, but the bottom line was a "markedly good result."

Berlin's priority regarding the Syria conflict was that all 28 EU member states would come to a unified decision, said Seibert. "Germany wanted to do everything in its power so that Europe could enter the Syria debate with a unified voice and position," he added.

But how has this supposed unity actually played out? At the meeting of EU foreign ministers on Saturday in the Lithuanian capital of Vilnius, the European politicians were already at loggerheads about how the EU should react to the American resolution.

Some suggested that they should welcome the US announcement. Others wanted merely to "take note," while others still wanted to reject it altogether. In the end it was decided that the EU's Vilnius declaration on Syria simply wouldn't mention the US resolution at all. Thus it had a very different impact than the American proposal. The Europeans expressly recommended waiting until United Nations chemical weapons inspectors submitted their findings.

Thus, many EU partners were all the more surprised when German Foreign Minsiter Guido Westerwelle suddenly announced on Saturday in Vilnius that Berlin would in fact sign the US declaration.

But Sweden, Finland, Belgium and Luxembourg remained stubbornly opposed. The result, once again, is a split EU, and critics of a military strike weren't shy about voicing their disappointment with Chancellor Merkel. They accuse her of initially hinting that she would oppose US plans for a Syria strike only to join Obama's position a short time later.

"I remain opposed to a military strike without a UN mandate," said Luxembourgian Foreign Minister Jean Asselborn to SPIEGEL ONLINE.

Conditions are less than ideal for the next debate that may lie ahead for the Europeans: What happens if the US does in fact launch an attack?

Obama's interviews on Monday night seem to indicate that such a strike might not come after all. But should Washington go on the offensive, the only EU member state likely to participate is France.

The central question in such a situation would be just how vociferous EU protests would be. And how much anger would be directed at Merkel? Should the situation come to a head before Germans head to the polls on Sept. 22, it could get uncomfortable for the chancellor. 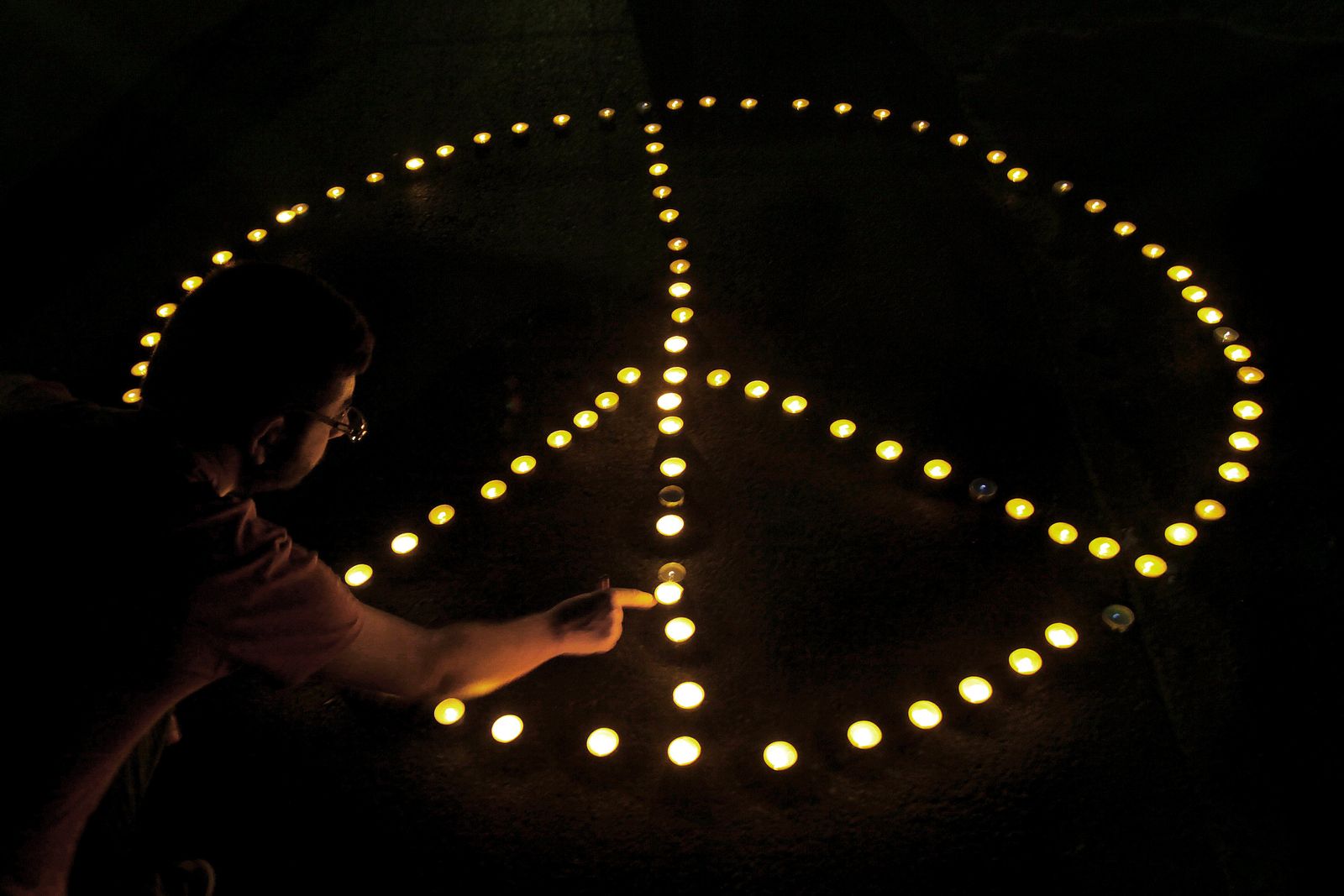 A demonstrator in Cyprus lights candles in protest against a potential military strike on Syria.