One item on the list of eligible securities of the European Central Bank (ECB) is a Portuguese bond from the year 1943. It will be roughly 8,000 years before this money is due for repayment on Dec. 31, 9999.

But this bizarre bond is now extremely valuable for a Portuguese bank, because the document can be submitted to the ECB as collateral in return for a fresh loan in euros. Since the international capital markets are practically closed to banks from Portugal, Greece and the other ailing economies in the euro zone, the financial institutions in these countries desperately need such cash injections from the ECB.

Many of the submitted securities are not really secure -- and it is difficult to say what they are actually worth. As a result, the ECB is slowly degenerating from the guardian of the euro to the bad bank of the euro system, where Europe's banks can dump their junk bonds.

SPIEGEL reported in May that the ECB and, especially, its member national central banks don't scrupulously examine the securities submitted by European banks. This has resulted in junk bonds worth hundreds of billions of euros on their balance sheets.

"These errors were reviewed and corrected," Irish Central Bank Governor Patrick Honohan told the Reuters news agency in response to the report. The reaction of the ECB was also strangely muted. What else can it do? It can't deny the risks. If banks go bankrupt and their collateral isn't sufficient to cover their debts, the central banks will have to cover the losses. And if the central banks' reserves are lacking, then taxpayers will have to pick up the tab.

The dimensions are huge: The ECB has accepted some €480 billion ($700 billion) in so-called asset-backed securities (ABS), and it has an additional €360 billion in "non-marketable financial instruments" on its books.

To make matters worse, the bank has given tens of billions of euros to Portugal, Spain, Greece and Ireland in return for government bonds of dubious value. Although these are only valued at significantly reduced market prices and have been discounted in accordance with their ratings, the central banks often turn a blind eye to this fact.

"It's not our job to constantly bail out insolvent banks in insolvent countries," says a concerned banker at Germany's central bank, the Bundesbank. He says this jeopardizes the reputation of the ECB and, ultimately, the euro.

This prompted ECB President Jean-Claude Trichet last week to call for fundamental reforms as he accepted the International Charlemagne Prize for his contributions to European unity. Countries belonging to the European Monetary Union (EMU) "can experience crises caused entirely by the unsound economic polices of others," he said in the western German city of Aachen. He has called for Brussels to have the right to veto unreasonable national decisions and is even dreaming of a pan-European finance ministry.

His proposals would be more credible if the central banks also acted more soundly. Despite the current dramatic debt crisis, Irish government bonds are assigned the same discount on their market value as far more secure German government bonds.

An Invitation to Bend the Rules

Another widely ignored risk at the ECB is the bank's enormous number of non-marketable assets, which the central bank in Frankfurt holds as collateral from other banks. These are promissory notes and other loans that are not traded on any stock exchange.

If the institution that submitted such a security goes bankrupt, the ECB will have to cash it in. If things go wrong, it would end up being stuck with this supposed collateral, for example, a loan for a wind farm or a holiday resort.

The ECB stresses that these non-marketable assets have to be just as stringently evaluated as other securities. But these documents are reviewed and assessed by the respective national banks, and their primary interest is to prevent local banks which lack securities from crashing. Such practices are practically an invitation to bend the rules.

No wonder the ECB refuses to provide information on which central banks have accepted such securities and what they are ostensibly worth.

Even the Bundesbank made errors when reviewing securities that banks submitted to the ECB. For a number of months, two promissory notes from Hypo Real Estate subsidiary Depfa were assigned discount rates that were too low.

Alerted to the error, the Bundesbank disputed an erroneous assessment and issued the following statement on Feb. 21: "Our internal processes for the daily assessment of eligible collateral ensure to a high degree that no falsely evaluated securities end up on the ECB list." One week later, the discounts had to be dramatically increased.

"The Bundesbank greatly regrets this incident," it announced last week. The bank says that it relied on an external data provider, which now has to "check its processes to rule out such incidents in the future." 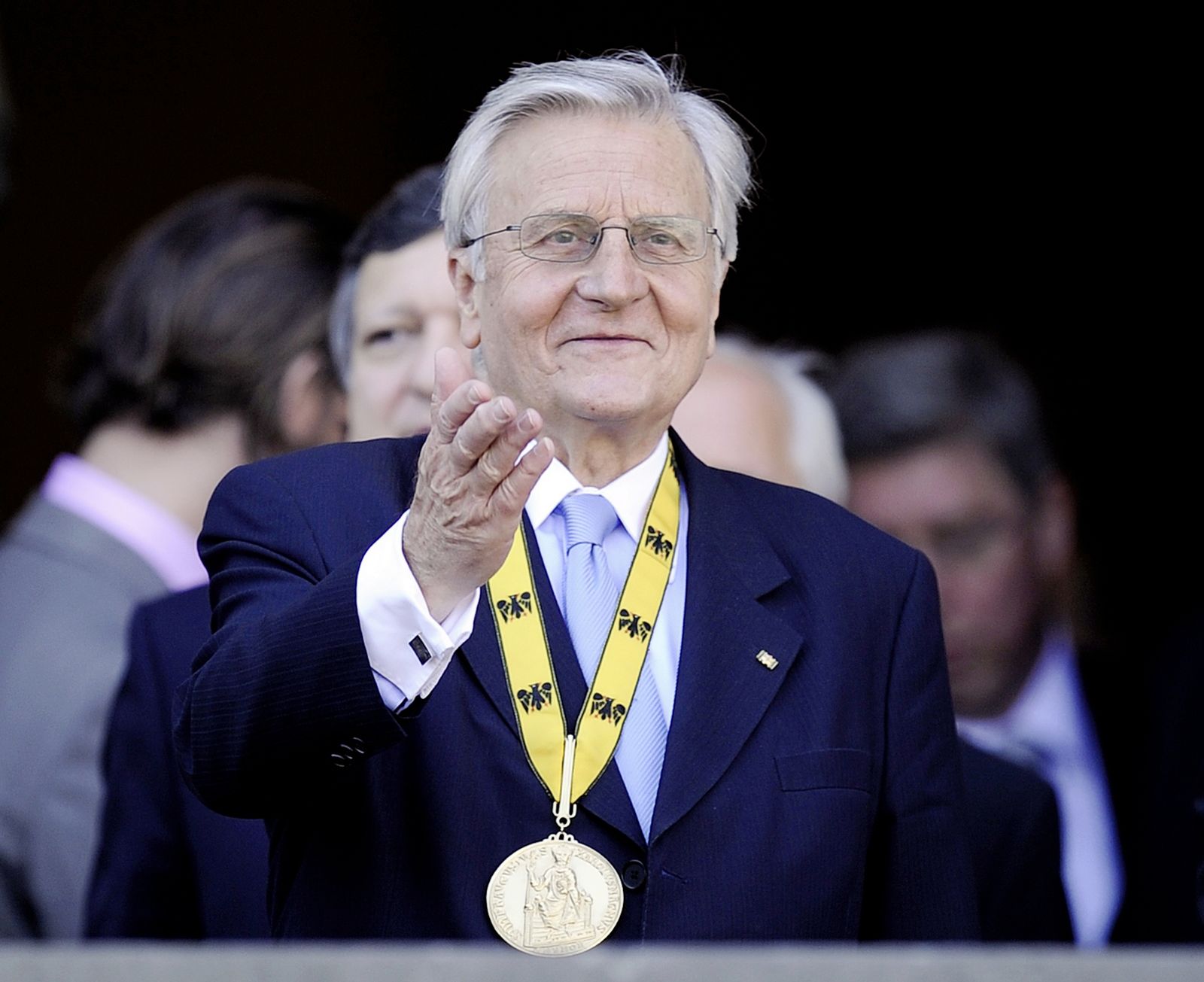 The President of the European Central Bank, Jean-Claude Trichet, was awarded the International Charlemagne Prize for contributions to European unity on June 2.