The failure of the Copenhagen climate conference to broker a binding global climate treaty throws into question the European Union's strategy of operating multilaterally through the United Nations. The post-Copenhagen climate negotiations will be particularly challenging for Europe. In the multipolar world of climate governance, Europe lacks the veto power of China and the United States. Instead it must try to reconcile a fluid multipolar world with the European Union's vision of "effective multilateralism."

Although the UN process fails to deliver, and informal groups like the G-20 are emerging, it is not yet clear how like-minded countries can carry on negotiations outside of the established structures. For European leaders there is no easy solution. There will, however, be the need to upgrade the European Union's existing green diplomacy. The European External Action Service (EEAS), the European Union's new foreign service, provides a unique opportunity to increase analytical capacity and to design the right instruments and institutions for confronting climate change.

Climate Diplomacy for a Multipolar World

At the Copenhagen climate summit in December 2009, the European Union found itself sidelined at the highest-level negotiations, cut out of the political deal-making between the United States and key emerging economies led by China. The dual leadership of the Commission and Council Presidency, in conjunction with ambitious national leaders and an ongoing internal decision-making process in the course of negotiations marginalized the Europeans. As a result, the European Union was not in the best position vis-à-vis both the newly formed BASIC group (China, India, Brazil, and South Africa) and the United States. The EU strategy of leading by example-notably offering additional emission reductions and financial incentives-proved insufficient.

For the European Union, the implications of the debacle extend far beyond climate change. Climate change is no longer merely an environmental issue. Economic growth, energy security, and environmental sustainability are interconnected issues at the core of complex power relations. Decisions made during the multilateral climate process impact the future of global governance structures. These decisions will also help define the relations with EU key strategic partners, including the United States, Russia, China, and India. If the European Union is to become a serious global actor, it needs to engage at this strategic level.

A major opportunity for stronger global clout for the European Union is at hand in the form of the newly minted president of the European Council, its new foreign policy czar and the EEAS. Climate change can no longer be left in the hands of environment ministers or even the new climate commissioner alone.

Climate Diplomacy and the EEAS

The EEAS is now in a crucial phase. The debate so far about Europe's new diplomatic service has been focused on the body's legal status, functional overlap with the Commission, and staffing rules and decisions. There has been little debate on diplomatic priorities and how to advance the European interest via the capabilities of the new service. No special thought has been given to the fact that the European Union needs a holistic, practical strategy for green diplomacy, similar to the existing programs geared toward conflict prevention and fighting terrorism. Member States and the European Union should consider the following suggestions:

Climate diplomacy should be concentrated in the High Representative's office in a special strategic unit. Extra planning capabilities for the climate challenge should be included in the cabinet of the new high rep, Lady Ashton. Climate negotiations will continue on track. Environment ministers and the European Commission will retain their respective roles, national foreign ministers can contribute via the Council. Staffing decisions should consciously build capacity on the global change themes that will dominate policy making, including climate change. Staff from member state climate and environment ministries could be included in the rotating process for the new diplomatic service. Climate competent staff should be placed in the European Union's 130 international missions. The European Parliament should ensure that climate literacy is included in the confirmation processes for newly nominated EU ambassadors. The existing Green Diplomacy network remains an asset, linking staff who hold formal responsibilities concerning the climate issue in the member states' embassies with central units in national capitals and Brussels.

The European Security Strategy and a recent report by the Council Secretariat and the High Representative have already called for further steps of analysis, early warning capabilities, conflict prevention, and crisis management. Climate change adaptation strategies will have to be better integrated into the European Union's development cooperation.

EEAS will probably gain significant influence over EU financial instruments for development cooperation, including the European Development Fund (EDF) and the Development Cooperation Instrument (DCI). Climate change priorities, fused with conflict prevention and crisis management, have to be integrated with one another when new development cooperation frameworks with partner countries are being set up. Against this backdrop, the EEAS must devise ways to work within new governance formats like the G-20, thus further mainstreaming climate change into "high politics" while recognizing the continued value of the UN system to provide legitimacy to the final decision-making process. A climate "G-20+" format could benefit from the groundwork already done in the area of energy technologies and efficiency. Representatives from the African Union and small island states (as well as from least developed countries) should be included. While expanding on the European Union's strategic partnership initiatives with the United States, China, India, Brazil, and Russia, the EEAS should put a stronger emphasis on foreign policy-led economic cooperation in the climate area, including green technology transfer.

Much will depend on how the European Union and member states henceforth recognize core interests revolving around sovereignty, development, competitiveness, and financial transfers. While the European foreign ministries have a fairly accurate grasp of the role major polluters like China and India play, they underestimate the importance of smaller or medium-sized emerging economies (such as Thailand, the Philippines, Peru, or Ecuador) that are often reluctant to align themselves with the big BASIC countries. At the same time, all outreach efforts made before or during Copenhagen to the African Union or the Alliance of Small Island States did not suffice to strengthen Europe's overall standing toward the developing country alliance of G-77.

During the ongoing negotiations, the Europeans would be well advised to exercise leadership by reinforcing bottom-up initiatives in the field of financial assistance and technology cooperation well before the next UN climate summit in Mexico in November 2010. One route could be to pursue the approach of the International Carbon Action Partnership that fosters and eventually links regional carbon markets, including possibly regional or sectoral markets in emerging economies like China. Another, more traditional, policy approach could be to nudge Russia and other transitioning economies firmly toward taking responsibility for the energy and climate agenda. European technology and policy know-how could assist those energy-intensive nations in adopting low carbon growth strategies. The recently founded International Agency for Renewable Energies, provide a blueprint and a platform for identifying trigger points for policy interventions, as well as mechanisms for capacity building, technology cooperation, and financial incentives.

Copenhagen demonstrated the need to engage China, but also the need for the European Union to continue to develop its own position as well as to challenge the United States. The Obama administration in general prefers to work toward a network of partnerships with itself at the core in order to preserve its influence in the world. Given the importance it attaches to historical responsibility and finance, the European Union could become a bridge between developed and developing countries.

Last but not least, the European Union will need to embed climate diplomacies in strategic foreign policy relations. The European Union is the biggest economic power in the world, but this does not translate into clout. The EU climate agenda is still built around leadership on narrow issues that do not reflect the political priority or allow trade-offs (e.g. for trade or security commitments) or the imposition of conditionality (e.g. in exchange for financial assistance). If the European Union and its EEAS choose not to take up this new multilateral challenge, Copenhagen could very well be a harbinger of a world order in which international diplomacy will increasingly be shaped by others.

Martin Kremer is a senior fellow at the German Institute for International and Security Affairs (SWP). Sascha Müller Kraenner is a the European representative at the environmental organization The Nature Conservancy.
Mehr lesen über
Found in IP Global 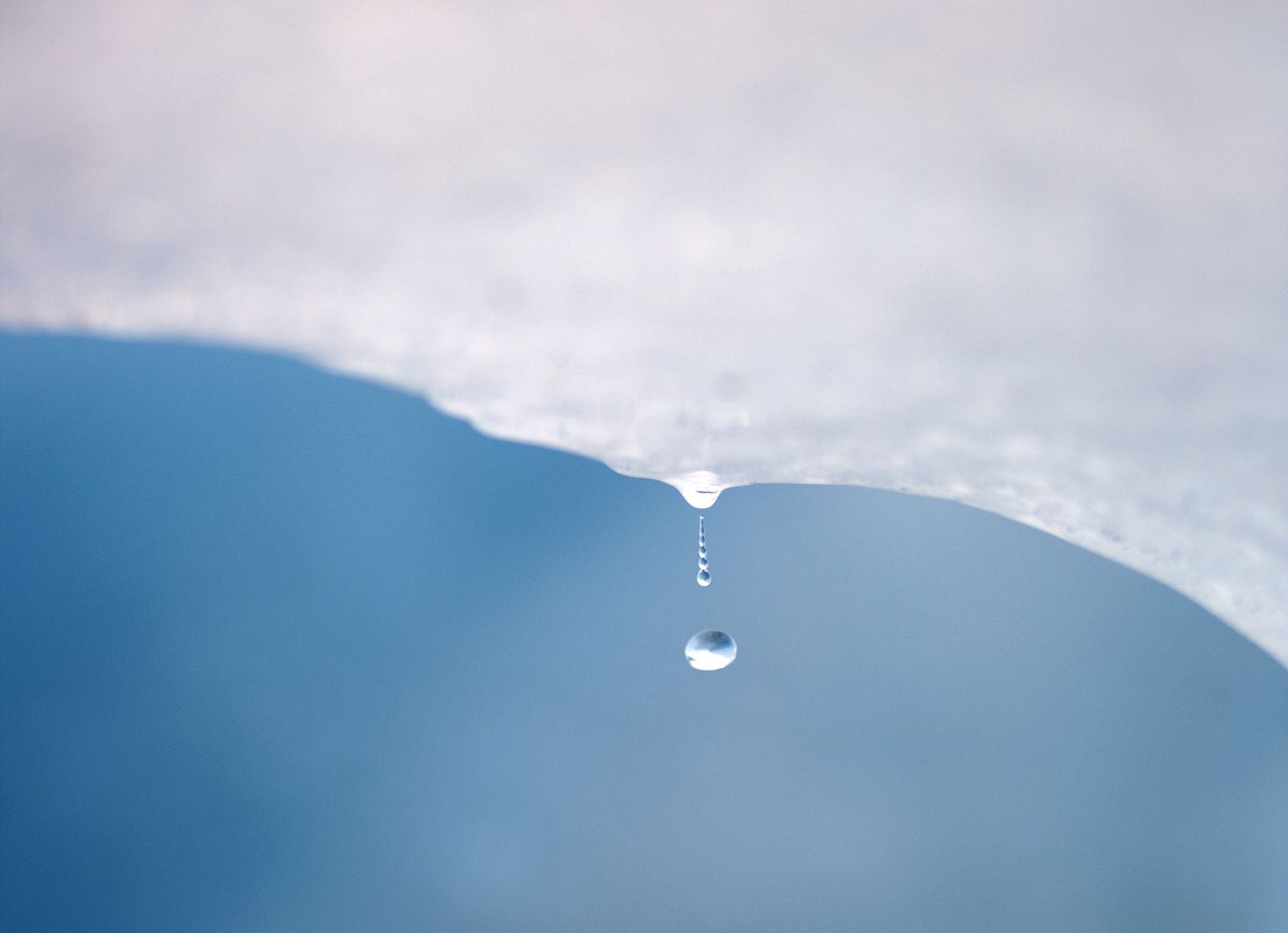