If the American president has an urgent matter to discuss with the European Union in the future, whom will he call? Naturally someone in Berlin, London or Paris, as usual -- but certainly no one in Brussels. In a rare show of unanimity at last week's EU summit, Europe's big three, German Chancellor Angela Merkel, French President Nicolas Sarkozy and British Prime Minister Gordon Brown, none of whom are particularly enthusiastic Europeans, made sure that there would be no challenge to their power from Brussels.

On Thursday evening, the blocs leaders chose Belgian Prime Minister Herman Van Rompuy to be the first permanent president of the European Council and EU Trade Commissioner Catherine Ashton, who is British, to be the EU's first high representative for foreign and security policy. The choice is "an expression of what is currently possibly in the EU," says Martin Schulz, the Socialist leader in the European Parliament, in a resigned tone.

And that still isn't much.

The European Union spent almost a decade wrestling over a new Europe. At first, a constitution was to provide the continent with a flag and anthem, as an expression of its unity and its new power. However the constitution was abandoned after being rejected in referendums in the Netherlands and France.

The pared-down version of the constitution, the Lisbon Treaty, was intended to simplify the workings of the 27-member bloc and provide the EU with a "face" and a "voice" in the future. That, at least, was how Swedish Prime Minister Fredrik Reinfeldt, whose country currently holds the rotating EU presidency, described the appointment of the two top European politicians.

But nothing remained of the original suggestions for people to fill the new posts of EU president and foreign minister. A president like former British Prime Minister Tony Blair and a foreign minister like former German Foreign Minister Joschka Fischer would have boosted Europe's standing on the global stage. But that approach was precisely what the major politicians avoided, out of fear that having heavyweight politicians in the EU jobs would threaten their own status as global players.

High-profile Europeans like Luxembourg Prime Minister Jean-Claude Juncker had no prospects of getting the nod. "They have many supporters, but they also have radical opponents," says Luxembourg Foreign Minister Jean Asselborn, describing the treacherous logic of the negotiating process. A candidate like Van Rompuy, on the other hand, generates little enthusiasm, but at the same time "no one is against him."

The key power broker behind the selection of the colorless Van Rompuy was British Prime Minister Gordon Brown, who, together with French President Nicolas Sarkozy, blocked Juncker's bid. In return for finally backing down from his insistence on placing his predecessor, Tony Blair, in the president's slot, Brown singlehandedly managed to assert Britain's claim to the Brussels foreign minister post.

He then gave Europe's Socialists the choice of three names: Peter Mandelson, the British business secretary, Geoff Hoon, the British defense minister during the Iraq War, and Catherine Ashton, the largely unknown EU trade commissioner. The Socialists voted for Ashton, and the center-right group, with the encouragement of Chancellor Merkel, sealed the choice with their blessing. They, in turn, chose Van Rompuy. Everything was unanimous.

The upshot is that a woman with no foreign policy experience is now set to become Europe's first foreign minister. Blair's government made her a life peer, Baroness Ashton of Upholland. She eventually became leader of the House of Lords, where she played a key role in pushing the Lisbon Treaty through Britain's upper house. She intends to tackle her new job the way she handled her old one -- unobtrusively, but not unskillfully. "Am I an ego on legs? No I am not," she said on the evening of her election.

Like his important colleagues in the European Council, European Commission President José Manuel Barroso is likely pleased that he will not be overshadowed by the new top politicians. The new president of the European Council Van Rompuy has a low profile but he is, however, said to be extremely adept at achieving results in difficult negotiations. He intends to please everybody in the future. "Every country should emerge victorious from negotiations," Van Rompuy said.

Belgian political scientist Tobias Van Assche even sees Van Rompuy as an "ideal EU leader." In a poll, the 62-year-old Belgian prime minister did relatively poorly, compared with other politicians, in the categories "self-confidence" and "desire for power." "He is a consensus builder and a good listener," says Assche.

One could also say Van Rompuy is the lowest common denominator. And, together with Barroso and Ashton, a guarantee that things will stay more or less the same in Europe. Deals will still be thrashed out behind closed doors in the future. There is little risk of a "New Europe."

But at least things will be getting more literary at the top. Van Rompuy's colleagues sometimes refer to him as "Haiku Herman," for his hobby of writing poems in the Japanese style. In one of his haikus, Van Rompuy summarizes his life experience: "Hair blows in the wind / After years there is still wind / Sadly no more hair." 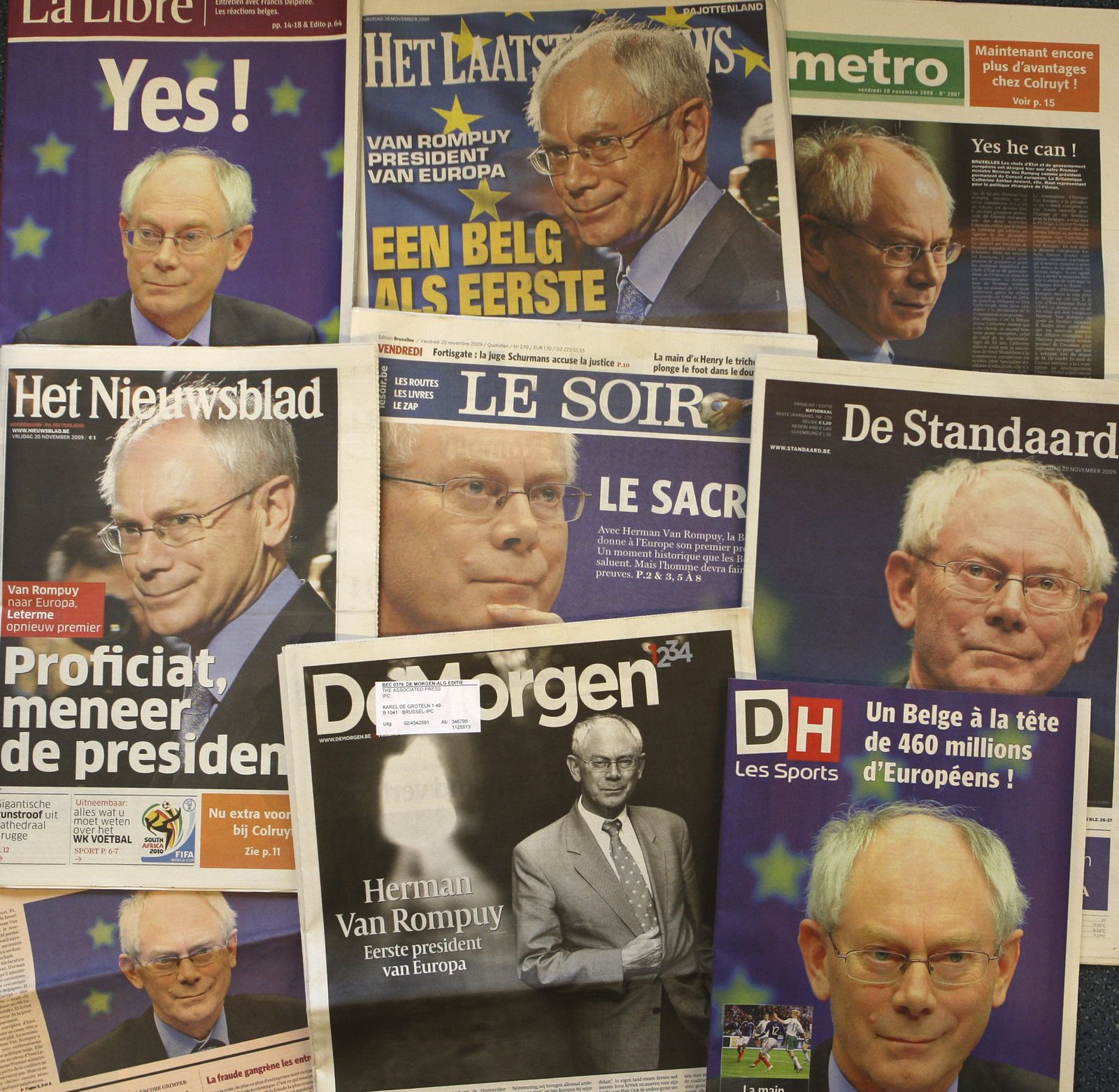