It's so nice to see Europe in agreement once again. Whether it's German Chancellor Angela Merkel, European Commission President José Manuel Barroso or French presidential candidates François Hollande and Nicolas Sarkozy -- everyone seems to think a "growth pact" for the continent is a good idea. But it is precisely this agreement that should make one skeptical -- because all the vague phrase really does is verbally lump together Europe's tremendous conflicts of interest.

The suggestion came from European Central Bank (ECB) President Mario Draghi. "We have had a fiscal compact," Draghi told the economic and monetary affairs committee of the European Parliament on Wednesday, referring to the treaty European governments signed in March, pledging to toughen their spending rules. "What is most present in my mind now is to have a growth compact."

Since then, the concept has garnered acceptance from all sides. "Growth is the key, growth is the answer," European Commission President Barroso said in a speech. In France, where the presidential campaign continues, both conservative incumbent Sarkozy and his Socialist challenger Hollande saw affirmation of their own positions on the issue. Hollande said it went in the same direction as his earlier policy suggestions, while Sarkozy said that a policy based on austerity alone would be a mistake.

Devil in the Details

But the unanimous approval of Draghi's suggestion conceals just how far apart its proponents are on details. What ECB President Draghi has in mind has little to do with Socialist Hollande's notions. "He doesn't necessarily have the same measures in mind as me to foster growth," Hollande admitted in a radio interview on Thursday. But this disagreement has somehow been overlooked.

Once the confusion over language has been swept aside, it becomes clear that Draghi's position is closer to that of German Chancellor Angela Merkel. She, too, has of course rushed to declare that a growth pact would be a good thing, but that she viewed that pact as entailing "structural reforms," the same phrase used by Draghi, and not economic stimulus plans that would "again increase national debt."

Of course, this phrase "structural reforms" is also an elastic one. Under this category one could envision labor market reforms, for example. Jörg Asmussen, the German member of the ECB's executive board, told the Financial Times Deutschland on Thursday that this could include reforms like the Agenda 2010, a series of labor market and social welfare reforms introduced by former Chancellor Gerhard Schröder that completely restructured Germany's welfare state. But easing job dismissal protections, lowering bureaucratic hurdles for starting businesses, setting a higher retirement age and lowering non-wage labor costs are also typical examples of structural reforms.

These measures all have a common element, though. They apply to the supply side of the labor market, and are meant to make it easier for companies to do business, thus strengthening growth in the long term. But they would hardly do anything to battle the kind of acute recession that many European countries now face.

To do that, the belt-tightening policies must be eased, much like Hollande has called for. He wants to use the upcoming presidential run-off election as a referendum on Europe's economic policies. "Today many heads of state and government are waiting for the French election to open these discussions," he said Wednesday.

It's clear to analysts, however, that Draghi has something different in mind with his "growth pact" idea. "For the ECB, a growth compact does not mean more fiscal stimulus," said analyst Carsten Brzeski at Dutch bank ING. Rather, the central bank sees it as "structural reforms with a vision," he said. Hollande's suggestions, on the other hand, are "good old-fashioned Keynesian stimulus of the economy" in the tradition of British economist John Maynard Keynes, he said.

During the economic crisis of the 1930s, Keynes argued that the state must use spending programs to increase demand and jumpstart the economy. This began an economic school of thought that came back into fashion during the crisis of 2008 and 2009, when the German government also used Keynesian instruments to fight the market collapse.

Berlin approved a major program for road construction and the modernization of schools, for example. And the cash-for-clunkers scheme, which promised new car buyers a premium for scrapping their old vehicles, was also a classic demand-oriented economic stimulus package -- financed through additional government borrowing.

The German government has since returned to a course of austerity. But this doesn't necessarily apply to Germany's own budget, which is currently being consolidated through growing tax revenues rather than political cutbacks. When it comes to other EU countries, however, Merkel and her Finance Minister Wolfgang Schäuble have remained tough, forcing through a fiscal pact that will require frugal national budgets and debt brakes across Europe.

Opposition to this austerity dictate is growing -- and it's not just the French who want to renegotiate the fiscal pact. The Dutch, who have so far been viewed as dependable supporters of Merkel's euro policies, are also threatening to veer away from the path of savings.

At the beginning of the week, Prime Minister Mark Rutte's government resigned after failed austerity talks. Before it goes, his government wants to ensure that all austerity measures it has already agreed to are implemented, but it remains questionable whether it can succeed with those efforts. With the country locked in a recession since last summer, criticism of the budget consolidation policy has grown increasingly loud in the Netherlands.

In crisis-burdened countries like Italy and Spain, as well, grumbling over the fiscal pact has also intensified. In April, Italian Prime Minister Mario Monti announced his goal of achieving a balanced budget in the coming year. "Everything, everything, everything that we are doing now is aimed at helping growth," he said.

At first glance it appears that Draghi supports such efforts with his "growth pact." But a closer inspection revels that the ECB chief doesn't want to go that far. The heavily indebted countries must cut their deficits, he said, calling it "unavoidable." 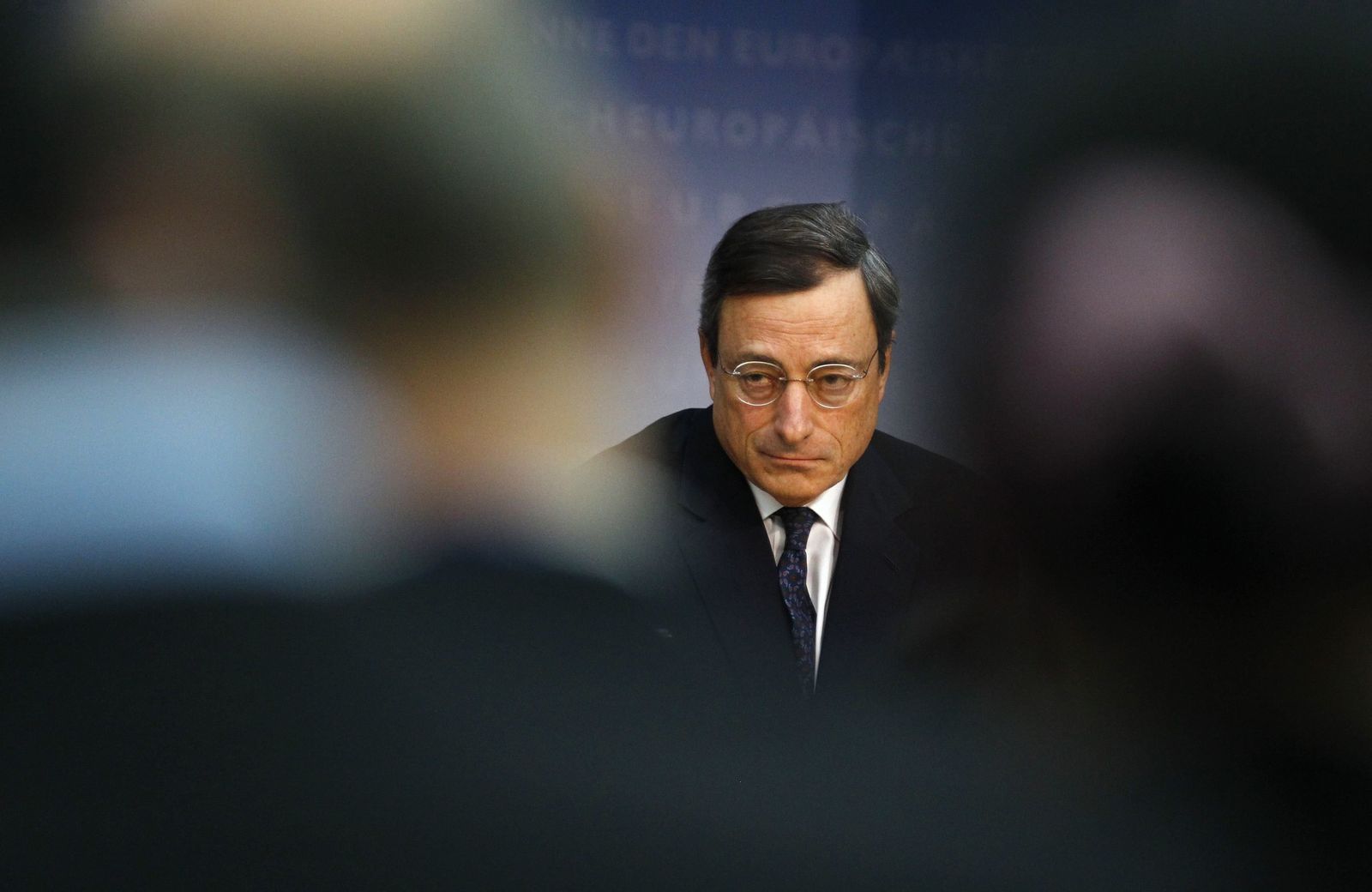