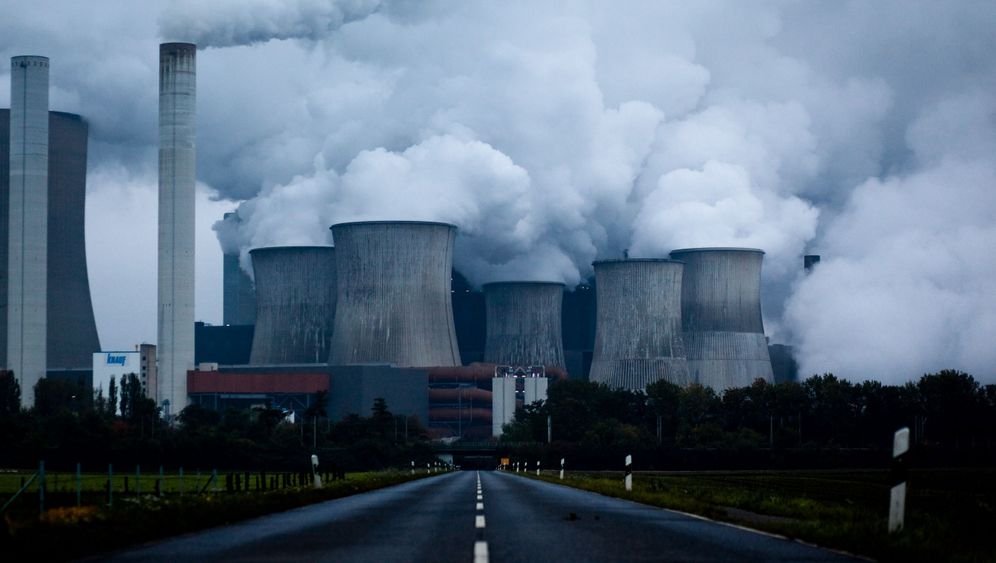 Saving the climate? It doesn't seem all that difficult at first glance. All you have to do is fly from Germany to Zambia once in a while, as the German energy giant RWE's environment protection team does. It has made frequent trips to the capital Lusaka in recent years to distribute a total of 30,000 small stoves -- RWE's contribution to a good cause.

The stoves were intended to help poor families cook in a more environmentally friendly way. Biomass was to replace charcoal as cooking fuel. In an advertising brochure for RWE, the company that "travels around the world to help our climate" touts the campaign with the slogan "New Cooking Pots -- Less CO2." But RWE doesn't seem to have included such factors as air travel and the production of the stoves in its calculations.

Besides, the project wasn't entirely altruistic, because RWE will receive credits for its effort. The stoves in Lusaka are expected to save 1.5 million tons of CO2 by 2020, and in return, RWE's coal-fired power plants would be allowed to emit 1.5 million tons elsewhere. This sale of indulgences is called a "Clean Development Mechanism" (CDM). With such questionable projects in emerging and developing countries, which even include the renovation of coalmines in China, European companies can simply calculate away about 20 percent of their emissions.

In the end, the flood of such projects undermines the entire emissions trading system. "The most important tool of climate protection no longer works," says Eva Filzmoser of Carbon Market Watch in Brussels. Four years ago, the Austrian national began a solo effort to take a closer look at the emissions trading market. She still believed in the idea at the time. But Filzmoser found herself confronted with an industry that had grown to a volume of $90 billion almost overnight, an industry complete with certifiers, forecasters, dealers and hackers, who trafficked in certificates and created more and more absurd projects.

They included the supposed cleanup of African garbage dumps, as well as the retrofitting of old coolant factories in China, which only seemed to be in operation because they yielded climate certificates.

It is because of Filzmoser and her staff of five employees that, starting in May, at least the most questionable of these projects will no longer be approved by the United Nations Climate Change secretariat. "The trade has turned into a big flop," she says, "a system of fraud."

The European Commission estimates that 1.7 billion tons in excess pollution rights were on the market in late 2012. Because of this oversupply, the price of emitting a ton of CO2 plummeted to only €4. The CDM projects were not the only reason for the price drop. Because of overly optimistic economic forecasts prior to the economic crisis and the correspondingly generous allotments, many of the 11,000 power plants and factories in Europe required to participate in emissions trading are now sitting on a mountain of unused certificates.

In recent years, they were allowed to save their certificates for the so-called third trading period, during which emissions reduction allowances are to slowly be reduced. This third period began in early 2013 and is supposed to last until 2020. The emissions trade, as well as the simultaneous gradual capping of emission rights in every country, is designed to reduce CO2 emissions in energy-intensive industries by 21 percent from 2005 to 2020. In the entire EU, this step is expected to achieve a 20 percent reduction relative to 1990 emissions levels.

To reach the target, however, many companies don't have to do anything at all, and not just because the cushion of their accumulated certificates often keeps them going for years. The EU will soon have reached its not overly ambitious emissions reduction targets because of the economic slowdown. As production dropped, many smokestacks were simply shut down.

Given such conditions, coal is seeing a renaissance that was hardly thought possible. Because certificates are so cheap, it is much more cost-effective to pollute the air with coal-fired power plants than switch to more environmentally friendly energy generation technologies.

To address the problem, European Commissioner for Climate Action Connie Hedegaard has proposed a drastic step: She wants to temporarily cut supply by remove 900 million emissions certificates from the system. The proposal is known as backloading. Not too long ago Hedegaard, from Denmark, was still convinced that the system was working "very well," but now she says: "It is not wise to deliberately continue to flood a market that is already oversupplied."

The industry lobby in Brussels is making a show of being outraged. The general director of BusinessEurope, one of the most powerful lobbying groups, wrote to European Parliament President Martin Schulz to demand a debate on backloading. For each of its counterproposals, the industry also presented supporters from the parliament, most of them liberal and center-right members from Germany and Poland.

The lobbyists' fight doesn't seem to be lost yet. While the Environment Committee voted in favor of backloading, the Industry Committee opposed it. The critical vote is planned for mid-April.

But industry's anti-backloading front in Brussels doesn't seem to be unanimous. Some companies have changed sides, like Düsseldorf-based energy giant E.on. In a joint memorandum with the non-profit public policy group Germanwatch, the company said it supported backloading. "Emissions trading is dead," E.on CEO Johannes Teyssen said last year. Nothing, he added, shows more clearly that the system has lost its effectiveness than the fact that brown coal is currently winning out in the competition with other energy sources.

Unlike pure production operations, energy groups like E.on could pass on almost any price to their customers, says Gordon Moffat of the European Confederation of Iron and Steel Industries. "Emissions trading seems tailor-made for the energy sector."

A Deathblow to the System

Krahmer believes that climate protection threatens "civil liberties" and "fundamental human rights." What exactly those rights are isn't quite clear, not even in his booklet on the politics of climate policy. Backloading, at any rate, will be nothing but another deathblow to the poorly designed emissions trading system, says Krahmer.

Krahmer, however, questions even the assumption that CO2 emissions can in fact cause the earth's temperature to rise. There is, he says, simply no reason to price emissions.

Both Krahmer and FDP Chairman Philipp Rösler are unimpressed with government arguments that low prices for emissions certificates have threatened funding for many projects associated with the country's shift away from nuclear power and toward green energy, known as the Energiewende. "Ongoing interventions discredit the emissions trade," says Krahmer.

Green Party politician Bas Eickhout, however, believes that the system has already been discredited by lazy compromises with lobbyists. "What we get is typically European, a Swiss cheese perforated with compromises," says the Dutch politician. Letting a little air out of the inflated certificate trade isn't enough, he adds. Instead, he argues for a tightening of climate targets and, like Commissioner Hedegaard, wants to remove at last 900 million certificates from the market. But Eickhout wants them removed permanently.

That's because a new flood of emissions rights is about to hit the market, this time from Russia and Ukraine. European countries are also allowed to trade their certificates with these countries. The compensation options in Ukraine have developed phenomenally, says a local analyst. From January 2012 to March 2013 alone, he says, inspectors issued 185 million certificates for extracting coal from old waste heaps.

In return for that many certificates, the Ukrainians would have had to extract an improbable five million tons of high-quality coal from scrap heaps in the last five years, the Ukrainian edition of Forbes calculated. The dubious climate argument is that the extracting activity (which had often been planned years in advance and, therefore, not actually eligible for certificates) prevents spontaneous combustion of the waste coal.

According to the Ukrainian analyst, the TÜV Rheinland technical inspection organization likes to certify these supposed climate-protection projects. One such case is in the Donetsk region, where TÜV retroactively certified a few million certificates for one of these waste-heap projects in late 2012. TÜV employees traveled to Ukraine from China to perform the inspection. A spokesman said that they had experience with Chinese Clean Development Mechanism projects that are "closely related" to the Ukrainian projects.

TÜV claims that performing a "retroactive" inspection within a few weeks in December 2012 covering the period from 2008 to 2012 is completely normal. Questions regarding the validity of the assumption that much of the coal in the waste heaps would have spontaneously combusted absent these measures went unanswered by TÜV Rheinland.

RWE's Zambia project is similarly dubious. Eva Filzmoser of Carbon Market Watch heard about it again recently. Employees with the project had reported to her that almost two-thirds of the stoves could no longer be found. In addition, the farmers hired to provide combustible biomass were only able to harvest a ton of bushes per months, and not the 1,000 tons needed.

Nevertheless, the TÜV Süd technical inspection organization credited the project with more than 43,000 tons in CO2 savings. The Munich-based inspectors, who had already been temporarily suspended by the UN because of lax inspections, characterize their work as "successful verification." But a former employee on the project says that no more than 10,000 tons are realistic. Perhaps RWE senses that the former employee is right, because the company has only sold a small share of the certificates so far. They fetched significantly more than the normal trading price -- because of the special quality of the project.