The climate between Brussels and Berlin is polluted, something European Commission officials attribute, among other things, to the "reckless" way German Chancellor Angela Merkel blocked stricter exhaust emissions during her re-election campaign to placate domestic automotive manufacturers like Daimler and BMW. This kind of blatant self-interest, officials complained at the time, is poisoning the climate.

But now it seems that the climate is no longer of much importance to the European Commission, the EU's executive branch, either. Commission sources have long been hinting that the body intends to move away from ambitious climate protection goals. On Tuesday, the Süddeutsche Zeitung reported as much.

At the request of Commission President José Manuel Barroso, EU member states are no longer to receive specific guidelines for the development ofrenewable energy. The stated aim of increasing the share of green energy across the EU to up to 27 percent will hold. But how seriously countries tackle this project will no longer be regulated within the plan. As of 2020 at the latest -- when the current commitment to further increase the share of green energy expires -- climate protection in the EU will apparently be pursued on a voluntary basis.

With such a policy, the European Union is seriously jeopardizing its global climate leadership role. Back in 2007, when Germany held the European Council presidency, the body decided on a climate and energy legislation package known as the "20-20-20" targets, to be fulfilled by the year 2020. They included:

All of the goals were formulated relative to 1990 levels. And the targets could very well be met. But in the future, European climate and energy policy may be limited to just a single project: reducing greenhouse gas emissions. The Commission plans also set no new binding rules for energy efficiency.

In addition, the authority wants to pave the way in the EU for the controversial practice of fracking, according to the daily Frankfurter Allgemeine Zeitung. The report says the Commission does not intend to establish strict rules for the extraction of shale gas, but only minimum health and environmental standards.

The plans will be officially presented next Wednesday ahead of an EU summit meeting in March. Observers, however, believe that a decision is unlikely to come until the summer at the earliest. But action must be taken this year: At the beginning of 2015, a climate conference will take place in Paris at which a global climate agreement is to be hashed out.

The European Parliament is unlikely to be pleased with the Commission's plans. Just at the beginning of January, a strong parliamentary majority voted to reduce carbon emissions EU-wide by 40 percent by 2030 and to raise the portion of renewables to at least 30 percent of energy consumption.

The Commission's move further isolates Germany. Merkel's government, a "grand coalition" of her conservatives and the center-left Social Democratic Party (SPD), seeks to increase the share of renewables in the country's energy mix to 60 percent by 2036. As reported in the latest issue of SPIEGEL, Sigmar Gabriel, SPD chair and minister of energy and economics, recently urged Climate Commissioner Connie Hedegaard and Energy Commissioner Günther Oettinger to put forth mandatory expansion targets for renewable energy in the EU by 2030. Europe "can't afford to pass up this opportunity," Gabriel wrote.

But within the Commission, the ambitious project has long been controversial. The same goes for EU member states, as Gabriel recently discovered. Prior to Christmas the minister, together with eight colleagues from throughout the EU, called for a "renewables target" in a letter to the Commission. But some countries, such as France, joined the appeal only hesitantly at the time. Paris might prefer instead to rely more heavily on nuclear power in order to meet stringent carbon emission requirements.

Energy Commissioner Günther Oettinger, a German from Merkel's Christian Democratic Union, has also shown reluctance. Rather than setting clear goals for the share of renewables, he wants fixed targets only for the reduction of carbon emissions -- and he is skeptical even of the 40 percent target proposed by Climate Commissioner Hedegaard.

The Berlin-based German Institute for International and Security Affairs (SWP) writes in a recent study that more moderate EU climate goals and less support for renewable energies could have a real impact on Germany's so-called Energiewende, or energy revolution. "In such a context," writes the nonpartisan think tank, "it will be increasingly difficult for Germany to successfully carry out pioneering policies." 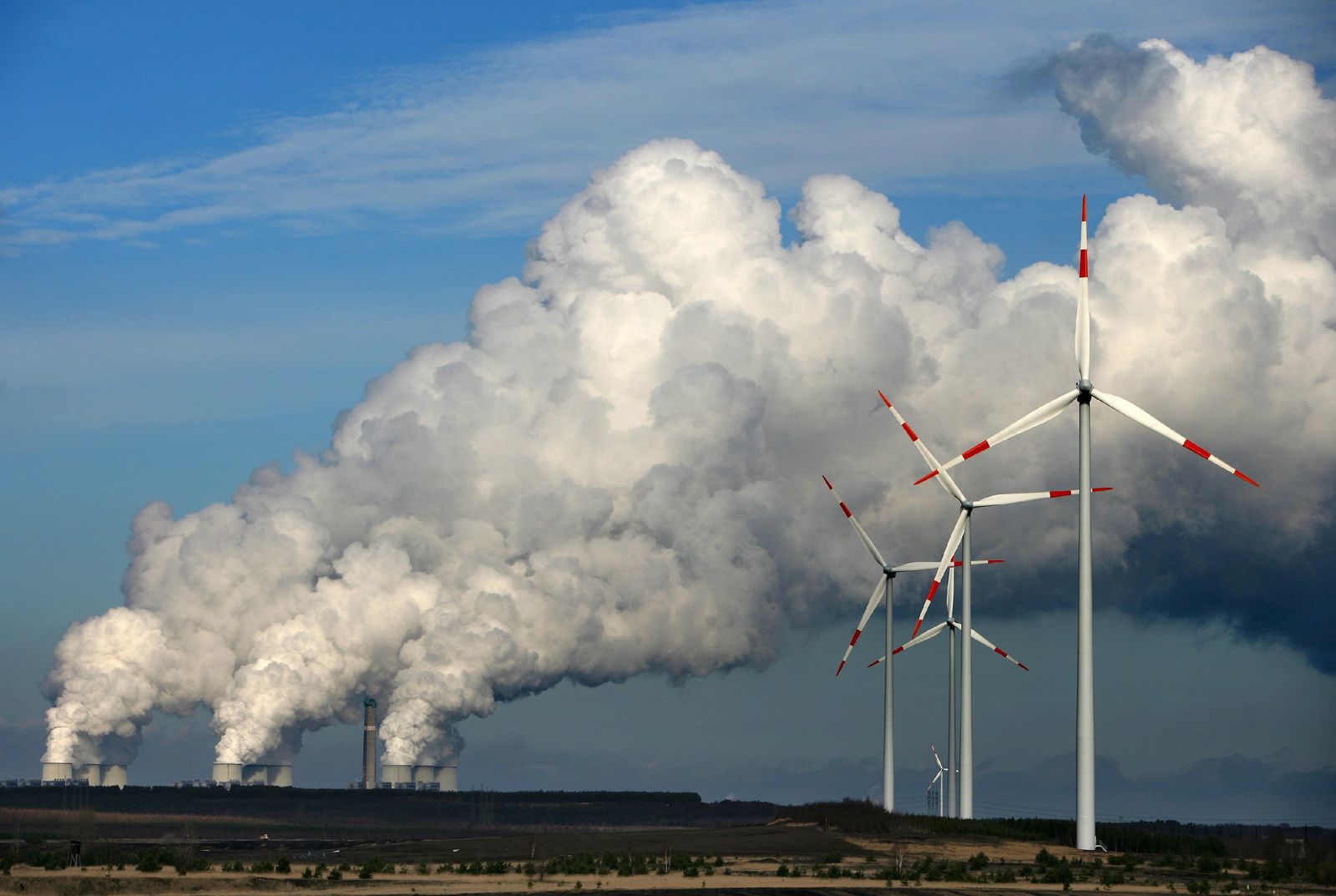 Europe may be backing away from its ambitious climate protection goals.