Following weeks of dispute, the European Commission on Wednesday proposed a gender quota for non-executive directors of companies that are listed on the stock markets in the 27 member states. The Commission approved a draft law that has long been championed by European Justice Commissioner Viviane Reding.

The new regulations, if approved, would stipulate that women occupy 40 percent of the seats on the non-executive boards of Europe's roughly 5,000 publicly traded companies. In instances where candidates' professional qualifications were the same, women would also be given preference, should they be under-represented in that company. Companies that did not adhere to the rules could be sanctioned.

"It's done," Reding tweeted on Wednesday morning. "The Commission has adopted my proposal for a European law so that women represent 40 percent of company board members by 2020."

In a Wednesday press release, the European Commission noted that men currently occupy some 85 percent of the positions on non-executive boards in publicly listed European companies. For executive boards, which are not affected by the new draft law, that number is even higher at 91.1 percent.

"Today, we are asking large listed companies across Europe to show that they are serious when it comes to gender equality in economic decision-making," European Commission President José Manuel Barroso said in a statement.

The proposal must still be approved by the European Parliament and the European Council, the powerful EU body that includes the leaders of the 27 member states. A few countries, including Germany, are opposed to a legally binding gender quota, and it remains an open question whether it will be approved. Nine countries, led by Britain, have already expressed their reservations about the proposal in a letter to the Commission.

In Germany, large parts of the parties in Chancellor Angela Merkel's government coalition, including her conservative Christian Democratic Union (CDU), the Bavarian Christian Social Democrats and the business-friendly Free Democratic Party, are opposed to the initiative. Reding has one prominent supporter in Berlin in the form of Labor Minister Ursula von der Leyen of the CDU, long a champion of a 30 percent quota for women on the boards of German corporations. Family Minister Kristina Schröder, whose portfolio includes women's issues, on the other hand, has called for voluntary regulation within the corporate sector, with a non-binding, "flexi-quota."

Even if Reding will face an uphill battle in getting the quota approved, it nevertheless represents a success for Luxembourg's representative on the Commission. Only three weeks ago, Reding's colleagues on the Commission blocked her first effort to push it through. The Commission had been unable to agree on the language of a draft law. "I won't give up," Reding said at the time.

Reding's proposal is worded to ensure that men are likewise not negatively affected by gender imbalance. It would introduce reporting requirements for any company in which fewer than two out of five posts on the corporate board were held by women or men. In those cases, the companies would have to prove candidates for board positions had been chosen solely on the basis of experience. In situations where finalists had the same level of experience, the post would have to go to the candidate from the gender underrepresented on the board -- in most cases to a woman.

Sanctions Would Be Determined by Member States

Companies would also be required to explain to rejected candidates why and based on what criteria they made the decision to go with the other candidate. The burden of proof would lie with the companies themselves. European Commission sources say that companies that do not adhere to the rules could face punitive measures starting in 2016 if they have not correctly changed their selection processes and by 2020 if they fail to meet the 40 percent limit for female posts on their management board.

However, the punitive measures are reportedly far less stringent than Reding originally proposed. The justice commissioner had previously sought to impose fines, the withdrawal of state subsidies or even excluding companies from public contracts as possible sanctions, but facing resistance from the EU member states, she had to backpedal. The Commission's legal service reportedly determined that Brussels did not have the right to immediately impose such sanctions. Under the revised proposal, it would now be left to the member state governments to determine which punitive measures could be imposed as they implement the regulation as a part of national law.

Across Europe, women are strongly underrepresented on corporate boards. European Commission statistics show that they occupy just 13.5 percent of such seats. In Germany, 15.6 percent of supervisory board posts are held by women. On more powerful executive boards, the figure is even lower, a paltry 4.2 percent. 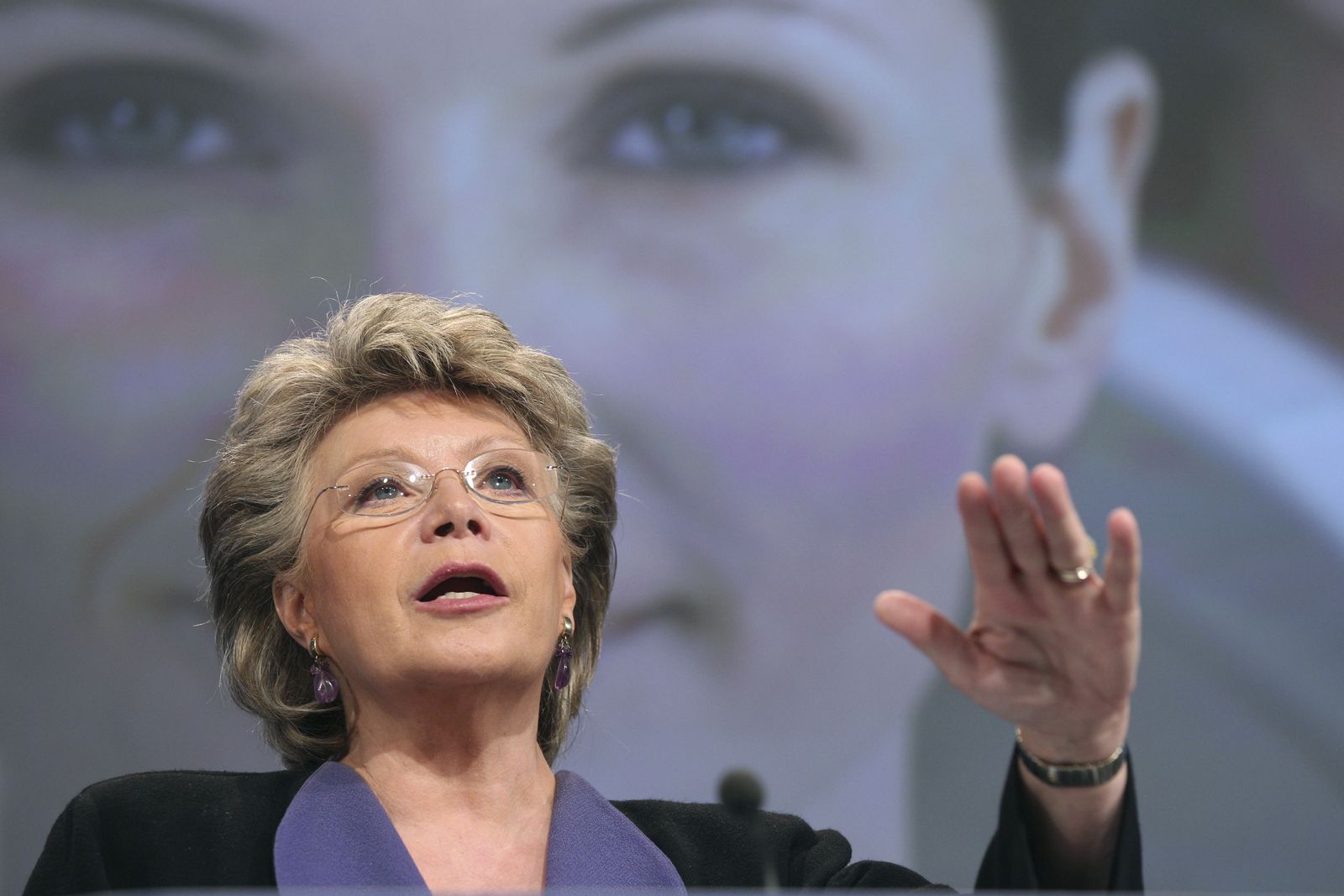 Closing the gender gap: European Commissioner for Justice Viviane Reding is calling for at least 40 percent of all non-executive board seats in Europe to be filled by women.