Maroš Šefčovič, 55, is vice president of the European Commission, where he is responsible for strategic foresight and relations between the EU institutions. He is also leading the negotiations on the treaties that will govern the EU's future relationship with the United Kingdom and Switzerland. The Slovak, who does not belong to any political party, joined the European Commission headed at the time by José Manuel Barroso back in 2009 and remained a commissioner under his successors Jean-Claude Juncker and Ursula von der Leyen.

The Brexit drama began with the 2016 referendum, but even after the country’s official exit from the European Union on Jan. 31, 2020, myriad complicated issues remain unresolved. For months, London and Brussels have been arguing over the implementation of the withdrawal agreement. At the center of the dispute is the Northern Ireland Protocol, which aims to prevent the creation of a new hard border with customs controls on the island of Ireland, even though the United Kingdom, to which Northern Ireland belongs, has left the EU’s single market. Maroš Šefčovič, 55, the Slovakian vice president of the European Commission, succeeded the French national Michel Barnier as the EU's chief negotiator, thus inheriting one of the most difficult jobs in Brussels. He is also responsible for the complex negotiations with Switzerland over a new Institutional Framework Agreement.

DER SPIEGEL: Mr. Vice President, you have been negotiating for months now with the British government over the implementation of the Brexit agreement, which the same British government signed only a year ago. Do you get the impression that Boris Johnson even wants to fulfill the contract?

Šefčovič: I was clearly given the task of finding a solution. Unfortunately, that is not easy. The British government questioned the Northern Ireland protocol …

DER SPIEGEL: … which effectively leaves the British part of the island in the European Union’s single market despite Brexit …

Šefčovič: ... almost as soon as it had signed it. It even broke international law to get around the protocol. In doing so, London has breached a great deal of trust, which we must first rebuild. But I believe we can find a compromise. The EU and the United Kingdom are strategic partners – and they should treat each other as such.

The article you are reading originally appeared in German in issue 1/2022 (December 30th, 2021) of DER SPIEGEL.

DER SPIEGEL: With the Northern Ireland Protocol, there are now customs controls between Britain and Northern Ireland – in other words, within the UK – a nightmare for conservative politicians in Westminster. Recently, there have also been problems with the supply of medicines to Northern Ireland. Former British chief negotiator Lord Frost, who has since resigned, at least said he was "willing to look positively" at your proposals for improvement.

Šefčovič: That was a very generous statement by his standards. (He laughs.) Especially given that we worked with his team for six months on these proposals.

DER SPIEGEL: Frost, whose style is viewed as abrasive, is gone, and your new negotiating partner is Foreign Secretary Liz Truss, who voted to remain in the EU in the Brexit referendum. Do you believe the atmosphere will be improved?

Šefčovič: I am pragmatic about it. For me, a successful joint solution with our British partners is more important than having a great atmosphere.

DER SPIEGEL: The British government has repeatedly threatened to activate Article 16 of the Northern Ireland Protocol and thus unilaterally terminate it if its demands aren’t met.

Šefčovič: This is a very distracting element in the discussions. You try to achieve something together and – bam – there’s the threat of Article 16 again. It touches on the fundamentals of our relationship. The Northern Ireland Protocol was the most complicated part of the Brexit negotiations, and it is the foundation of the entire deal. Without the protocol, the whole system will collapse. We must prevent that at any cost.

DER SPIEGEL: What if the UK government makes good on the Article 16 threat anyway?

DER SPIEGEL: What does that mean exactly?

Šefčovič: This is difficult to predict in detail. But if the UK government were to go down that route, it would be a huge setback to our relationship – when we have gone to such lengths and invested so much political and diplomatic goodwill to facilitate an orderly Brexit and to find a unique solution for Northern Ireland.

DER SPIEGEL: Things could get serious as early as Jan. 1, when most of the grace periods from imports from the EU will end in the UK. According to British studies, more than one-third of the country’s companies are not prepared to do the new paperwork. After long lines at gas stations and empty supermarket shelves, is the country in danger of more chaos?

Šefčovič: It is difficult to say. The British government is responsible for controlling Britain’s borders. Unlike the rest of the UK, Northern Ireland hasn’t experienced any supply shortages at supermarkets or gas stations. That shows that the Northern Ireland Protocol benefits the people there. It gives them access to both the EU single market and the UK market.

DER SPIEGEL: Britain's Office for Budget Responsibility recently calculated that Brexit will cost the UK twice as much as the coronavirus pandemic. Are there times when you just want to shout over the English Channel: "We told you so!"?

Šefčovič: Schadenfreude isn’t helpful in building a strategic partnership with an important neighbor. I certainly sometimes feel regret when I look at how much time our best civil servants spent trying to prevent a chaotic Brexit and what we could have instead accomplished with that energy. But we have to look forward. Democracies should stick together and work together for climate protection, fair and free trade and peace. But we are still talking to the British government about customs controls and other things that we thought would be settled when the Northern Ireland Protocol was agreed in December 2020.

DER SPIEGEL: In your view, are there no problems at all with the Northern Ireland Protocol?

Šefčovič: Yes, of course there are. Overall, though, we are on the right track. Queen’s University in Belfast conducts a regular poll, and at the end of October, for the first time, a majority found that the Northern Ireland Protocol was a good thing. The biggest problem so far has been with medicine supplies, which I think we have solved. There are other trade and customs issues that we will be addressing soon. But for that, we need a British government that is prepared to cooperate.

DER SPIEGEL: The most recent accusation from London was that the EU was making it increasingly difficult for British companies to supply Northern Ireland – and that it isn’t possible to talk constructively with Brussels about this.

Šefčovič: I have the feeling that we are the ones bringing solutions to the table. When we return to the negotiating table a week later, there are new problems each time. After all, it was the British government that wanted to leave the EU single market and re-establish its own rules. The simple truth is this: The further apart our rules get, the more complicated trade becomes. And if an economy as large as Britain’s wants free access to our single market, we must ensure that our standards – on environmental or consumer protection, for example – are respected and that the competition between British and EU companies remains fair.

DER SPIEGEL: You’re also responsible for negotiations with Switzerland, another difficult partner. Last year, it rejected a fully negotiated agreement that intended to bring the very close relations with the EU, which were laid down in many individual agreements, under one roof. How much longer is your patience with Bern going to last?

Šefčovič: We have been negotiating with Switzerland on this comprehensive agreement for seven years. Two presidents of the Commission and four presidents of the Swiss Confederation have held a total of 26 summit meetings. We thought we were approaching the final stretch, and we hoped we could have a kind of wrap-up session. And Switzerland suddenly tells us that the talks are off.

DER SPIEGEL: So, what now?

Šefčovič: We urgently need to know from Switzerland whether it is serious about negotiating with us – as we have done for seven years. The ball is now in the Swiss government’s court.

DER SPIEGEL: You expect the government of Switzerland to say what it wants by mid-January and to present a timetable. Do you fear that Switzerland will continue to play for time on the basis of the existing agreements?

Šefčovič: The EU’s relationship with Switzerland will simply start to deteriorate if the bilateral agreements gradually expire and are not renewed. Take medical appliances, for example: They must be certified in order to be sold in the EU. That can’t happen without the appropriate agreements. There are many other examples of this kind. But before we address the individual questions, we must first clarify the basics.

DER SPIEGEL: Which are?

"The EU’s relationship with Switzerland will simply start to deteriorate if the bilateral agreements gradually expire and are not renewed."

Šefčovič: First, Switzerland must respect the rules of the EU single market if it wants to conduct trade there. That means the dynamic alignment of its norms to the internal market – just as all the other members of the internal market also do, by the way. Second, there are strong Swiss companies that operate on the whole single market and also receive tax subsidies in their home country. Here, too, we have to have a level playing field. Third, there needs to be a regular rhythm with Swiss contributions to the EU budget. The last payment from Bern was in 2012. Fourth, and this is very important, we need a dispute settlement mechanism.

DER SPIEGEL: And do you think Switzerland will be willing to accept all that?

Šefčovič: First of all, we would need political commitments from the Swiss government that it is ready to seriously discuss all these issues with us – as it has done in the past. If this continues to be the case, then we should deploy time, energy and creativity to solve the existing problems. It would also require a clear timetable, a road map. We need to know when we want to talk about what, so that it is clear that the discussion will not last another 20 or 30 years.

DER SPIEGEL: The EU has already punished Switzerland for its slow negotiations by excluding it from the EU’s Horizon research program. It is also denying access to EU financial markets. Could you imagine further measures if Switzerland continues to play for time?

Šefčovič: We have not taken any active negative measures against Switzerland and would not do so. Swiss research institutions and companies can continue to participate in our EU research program, but they do not currently receive EU funding. Over time, though, more and more bilateral agreements would automatically expire, and that, I think, would make our relationship more and more obsolete. That would neither be good for Switzerland nor for us. That’s why we also hope that here, too, we can find a solution together. 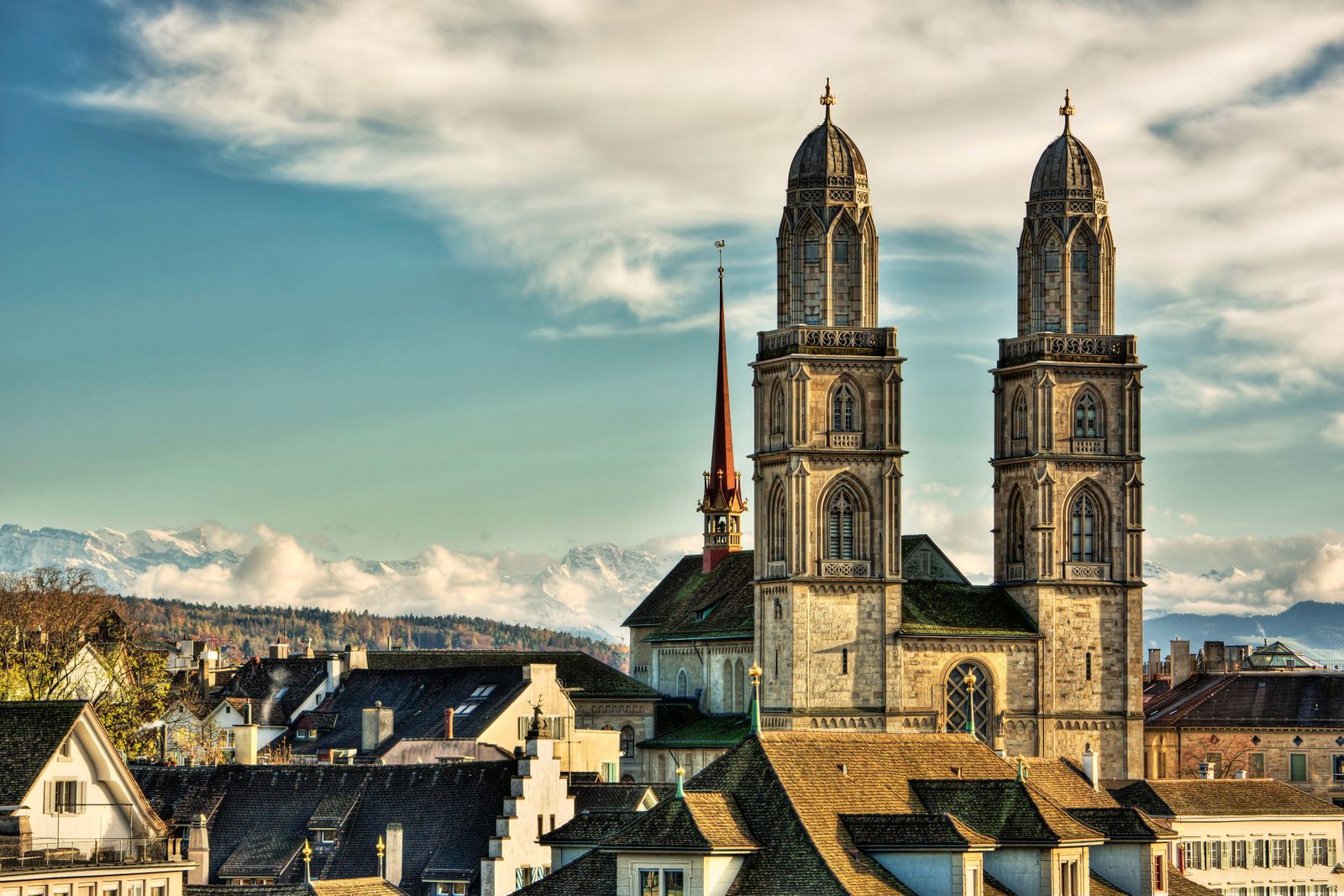 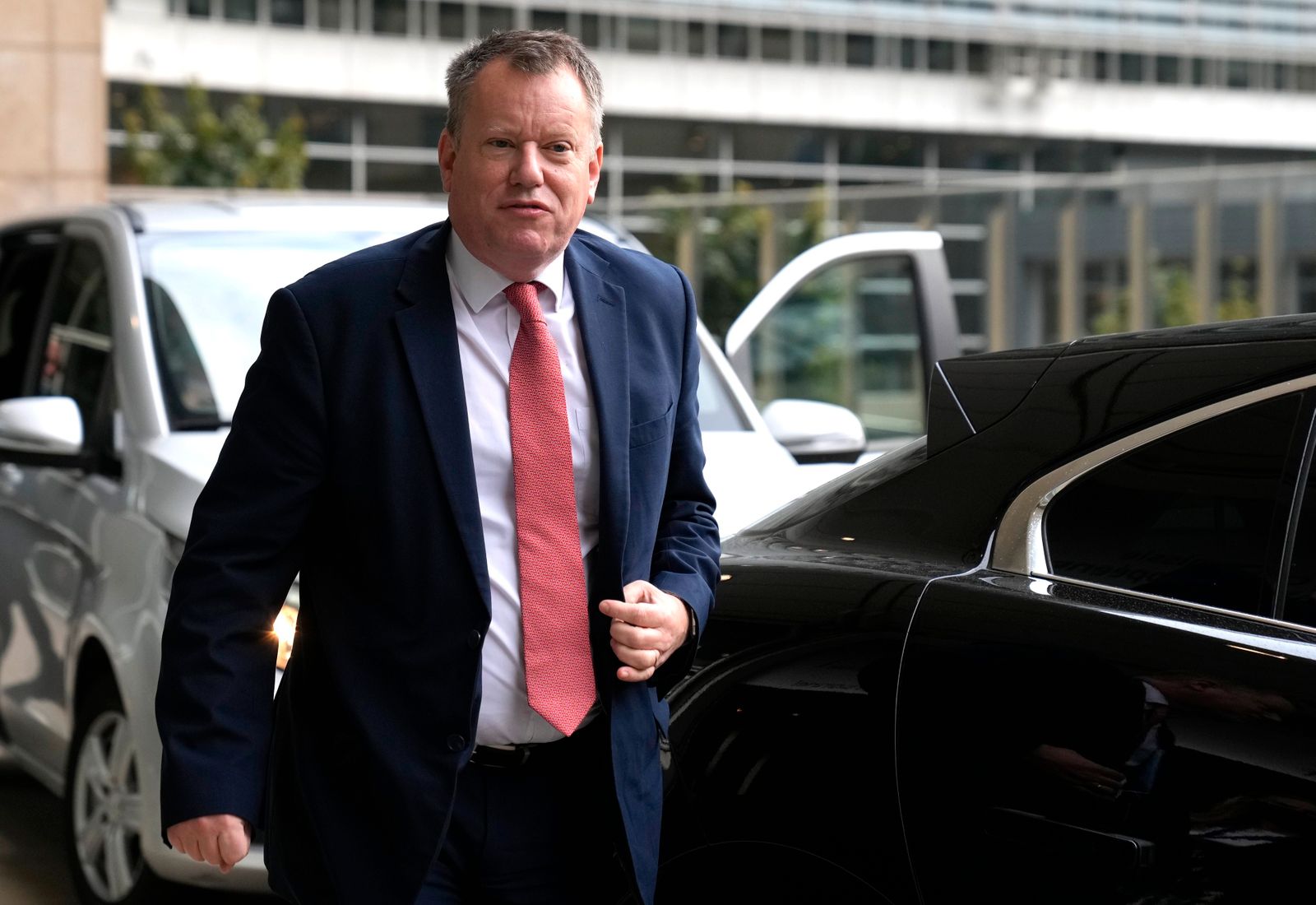 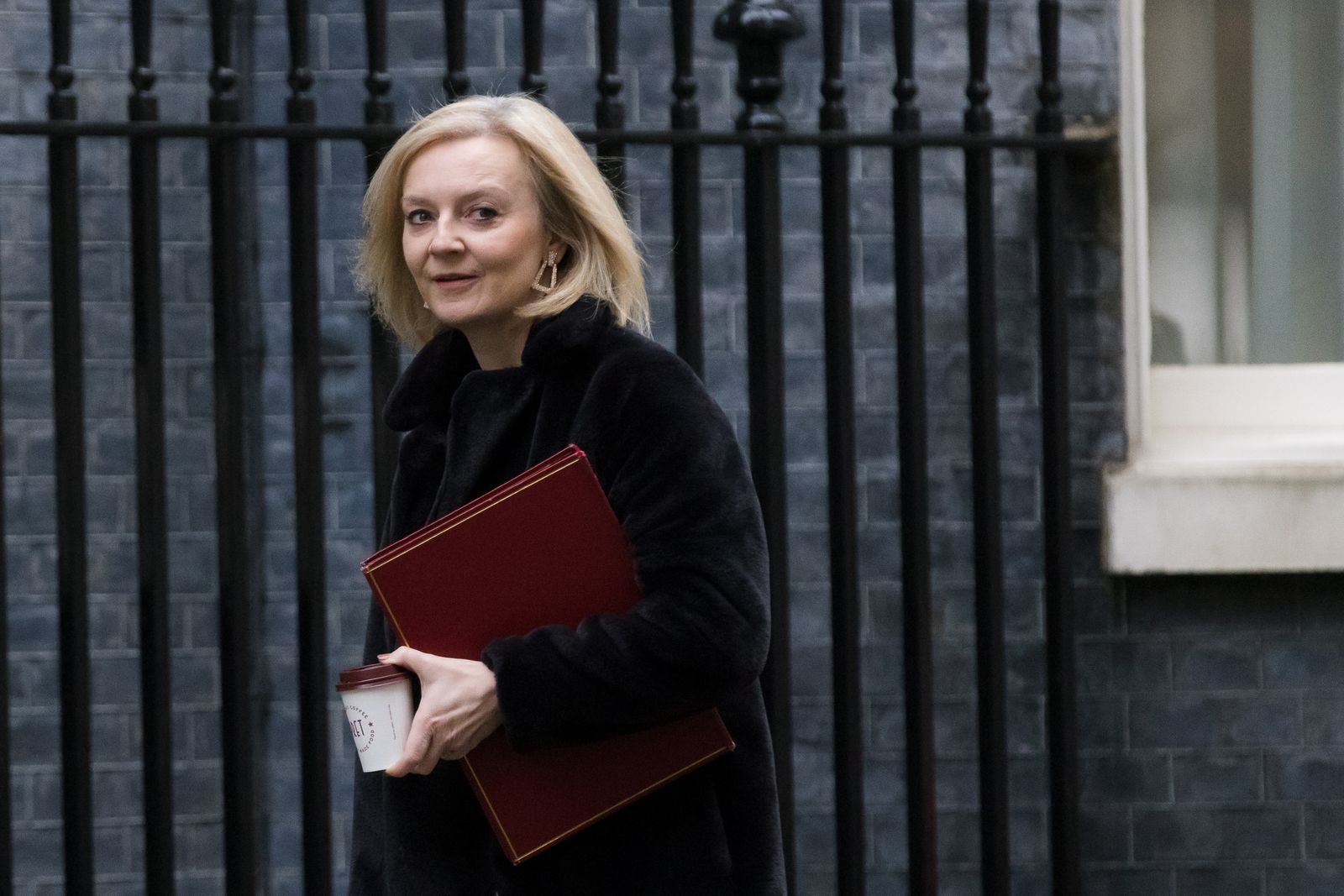 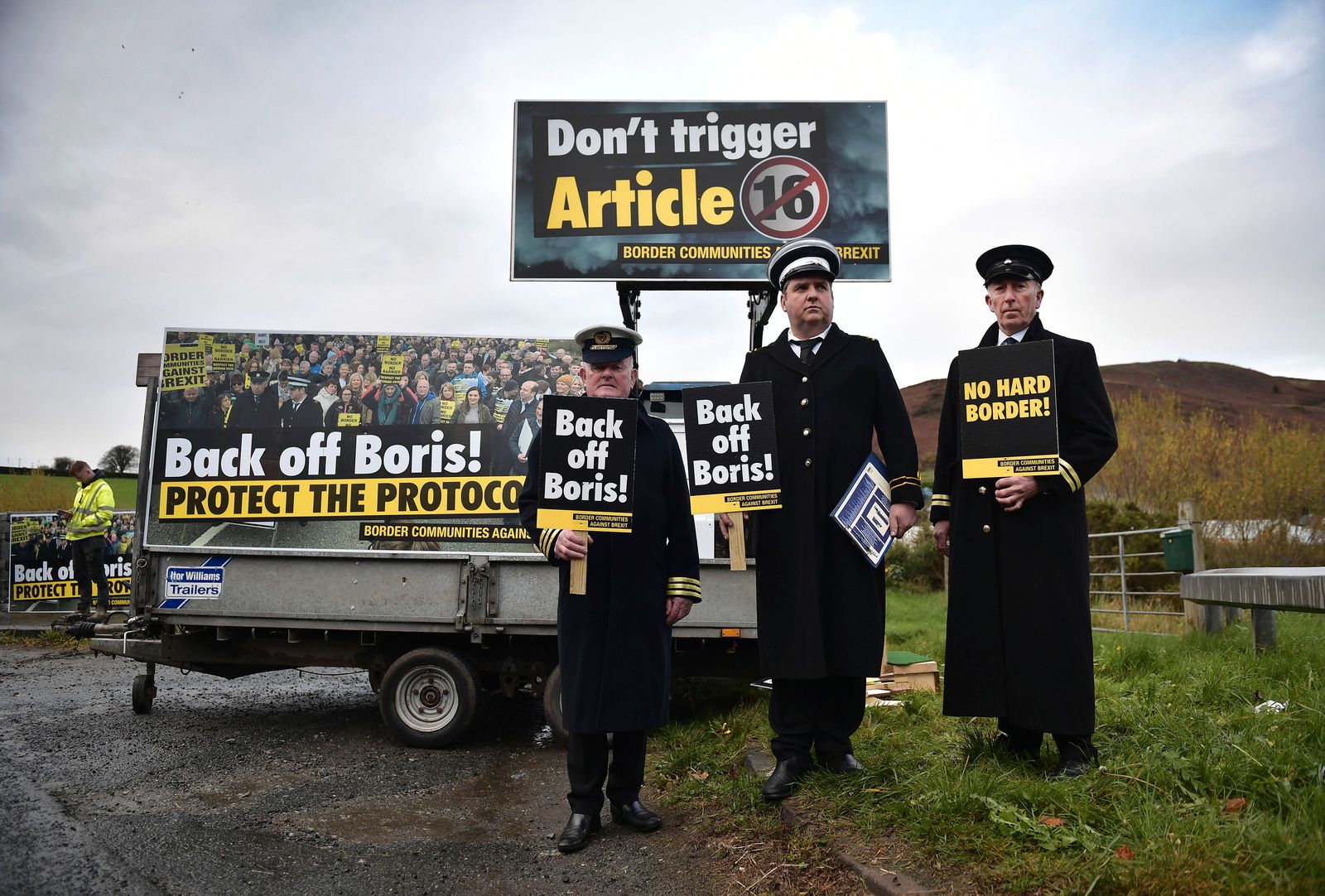