The office of Paolo Gentiloni, 65, is on the 10th floor of the Berlaymont building in Brussels, the headquarters of the European Commission. He has a view out onto the Rue de la Loi, the main traffic arterial of the European Quarter, but it is completely empty on this day, as Gentiloni says over the telephone.

As commissioner for economic and financial affairs, Gentiloni is responsible for finding solutions to the question as to how economic reconstruction could look following the corona crisis. That issue will be the focus of this Thursday's video summit between European Union heads of state and government. The front between southern and northern Europe has hardened on the issue of corona bonds and Gentiloni, a former prime minister of Italy, would like to move beyond this debate over the issuing of joint debt. But is that realitic?

In a DER SPIEGEL interview, he speaks about the proposals that will be up for debate at the Thursday summit and their chances for success.

DER SPIEGEL: Mr. Commissioner, is the EU failing in the face of the corona crisis?

Paolo Gentiloni: No, I don't think so. We did, of course, have significant problems with coordination early on, with some countries even passing bans on the export of medical supplies. The message of solidarity wasn't clear enough, not by a long shot - something that European Commission President Ursula von der Leyen correctly pointed out. But that has now changed. There have been impressive decisions made – by the European Central Bank, by the Commission and by the EU member states.

DER SPIEGEL: As a former prime minister of Italy, you have an excellent feel for the mood in your country. Can the frustrations from the early days of the crisis still be mended?

Gentiloni: I hope so. The coronavirus affected Italy earlier than other EU member states, which is why the early lack of solidarity hit us so hard. My impression is that people are now seeing that things have changed. But solidarity isn't just needed on health-care issues, but also on economic reconstruction.

DER SPIEGEL: And there is significant disagreement on precisely that point. Countries in southern Europe are demanding corona bonds to finance the reconstruction of the economy. But countries like the Netherlands and Germany are opposed to the idea. Which approach is the correct one?

Gentiloni: We have to see which tools help us reach our goals. What we need is a plan for economic recovery. The question is how we are going to finance it. Our economies are all currently being hit hard by the crisis – a crisis for which nobody bears the blame. We must prevent a situation in which the inequalities in the EU are larger after the crisis than they were before. And we can only reach that goal together.

DER SPIEGEL: French President Emmanuel Macron has spoken of a "moment of truth." If the EU reveals itself to be just an economic project without any solidarity, he said, then it would boost populists in southern Europe. Do you share his view?

"Populists don't just exist in southern Europe, they are also in the north."

Gentiloni: Yes, I share his concerns. But populists don't just exist in southern Europe, they are also in the north. They are exerting pressure on the governments of all EU countries, sometimes with completely contradictory arguments. That is why it is so important to find a sustainable compromise between the north and the south.

DER SPIEGEL: Given this need, does it even make sense to restart the discussion over euro bonds, the joint issuing of European debt? It was an issue that already divided northern and southern European member states during the Greek crisis and the euro crisis.

Gentiloni: And that brings us to the core of the problem: The EU cannot afford to get bogged down in past discussions. To be clear: Nobody is proposing the issuing of bonds to finance debts that were amassed in the last 10 years. What we need is a joint instrument to finance the challenges of reconstruction. Otherwise, we are risking a situation in which the differences between the economies in the eurozone and the internal market will become too great and that both will break apart. I don't have to tell you that that would be a huge problem for Germany.

DER SPIEGEL: The message from the Germans has consistently been that there is nothing wrong with issuing joint debt as long as they are combined with sufficient controls, such as giving EU finance ministers the power to monitor how countries like Italy or Greece are spending the money. What do you think of this argument?

Gentiloni: If I may, that is exactly the same discussion that has taken place for 10 years. The arguments have all been presented. One side wants to reduce risk, the other side wants to share risk. Enough already! If what we have all been saying is true and this is the worst crisis since the war - and I believe that the numbers confirm this assumption – then we need to look ahead. We need to look at how to finance reconstruction.

DER SPIEGEL: The question is also how large the task will be. The European economy is currently in a kind of hibernation. On May 7, you will be presenting the Commission's new economic forecasts. Do you already have concrete findings regarding how great the economic damage to the EU might ultimately be?

Gentiloni: We are currently working night and day on the problem, but the situation is too volatile to say anything about the forecasts at this time. For the time being, I would say that the forecast from the International Monetary Fund - a 7.5 percent plunge in economic output this year – seems quite realistic to me.

DER SPIEGEL: The Eurogroup has proposed that countries like Italy could draw from a special credit line from the European Stability Mechanism (ESM), free from the normally strict conditions. Yet Italy is still reluctant to take money from the ESM. Can you understand that?

Gentiloni: ESM credit lines can be useful for helping member states, but of course every government decides on its own if it wants to accept this aid. These credit lines have a clear scope and a clear purpose: They are designed to finance the costs that are generated by the health-care system. And they come with hardly any strings attached. They are an offer from the Eurogroup to all European Union member states.

DER SPIEGEL: The ESM was set up during the euro crisis and the Greek debt crisis. In southern Europe, it is symbolic of cost cutting and austerity. Is the ESM's bad reputation justified?

Gentiloni: I don't think that everyone in Greece, Portugal or Italy see it like that. What is important to me is this: If mistakes were made in the past, and there certainly were some, we shouldn't blame the ESM, but ourselves, the decision-makers, the politicians.

DER SPIEGEL: In the video conference on Thursday with the heads of state and government, the debate will primarily focus on the so-called recovery fund – the fund that is to finance the reconstruction. But it remains unclear where the money for that fund is to come from. What is your idea?

Gentiloni: Three points are under discussion: For the reconstruction we need, first of all, a joint instrument which, second, is sufficiently large and, third, can be made available quickly. From my perspective, the Multiannual Financial Framework could be the path to reaching those goals.

DER SPIEGEL: When it comes to this trillion-euro EU budget, the Commission is planning on implementing financial instruments to enable borrowing for investments. How much money are we talking about?

Gentiloni: We haven't yet arrived at precise numbers.

DER SPIEGEL: Could you perhaps provide an approximation?

Gentiloni: Support of up to 1.5 trillion euros could be necessary to overcome this crisis, as I've said before. The Eurogroup has presented proposals worth more than 500 billion euros to finance health care and short-time work (furlough) programs and to help small and medium-sized companies. That leaves at least a trillion euros. That is the broad outline of the task still facing us.

"Don't forget, the money from the Marshall Plan only began flowing two years after the end of World War II."

DER SPIEGEL: Among the points you mentioned is that the money should be made available quickly. Yet in February, initial attempts to reach an agreement on the budget failed, and that was before the corona crisis. What makes you so optimistic that things will suddenly move quickly?

Gentiloni: The question is completely justified. We have often said that a Marshall Plan is needed to confront the crisis. But don't forget, the money from the Marshall Plan only began flowing two years after the end of World War II. That wouldn't be helpful in the current situation. Reconstruction can't wait until we have defeated the virus, it has to start now, this spring and summer. Why am I optimistic? We are living in exceptional times and I hope that everyone understands that.

DER SPIEGEL: As commissioner for economic and financial affairs, part of your job is also ensuring that members of the common currency union adhere to the Stability and Growth Pact. Do you really believe that it will ever be possible to return to the deficit rules that were in place prior to the crisis? 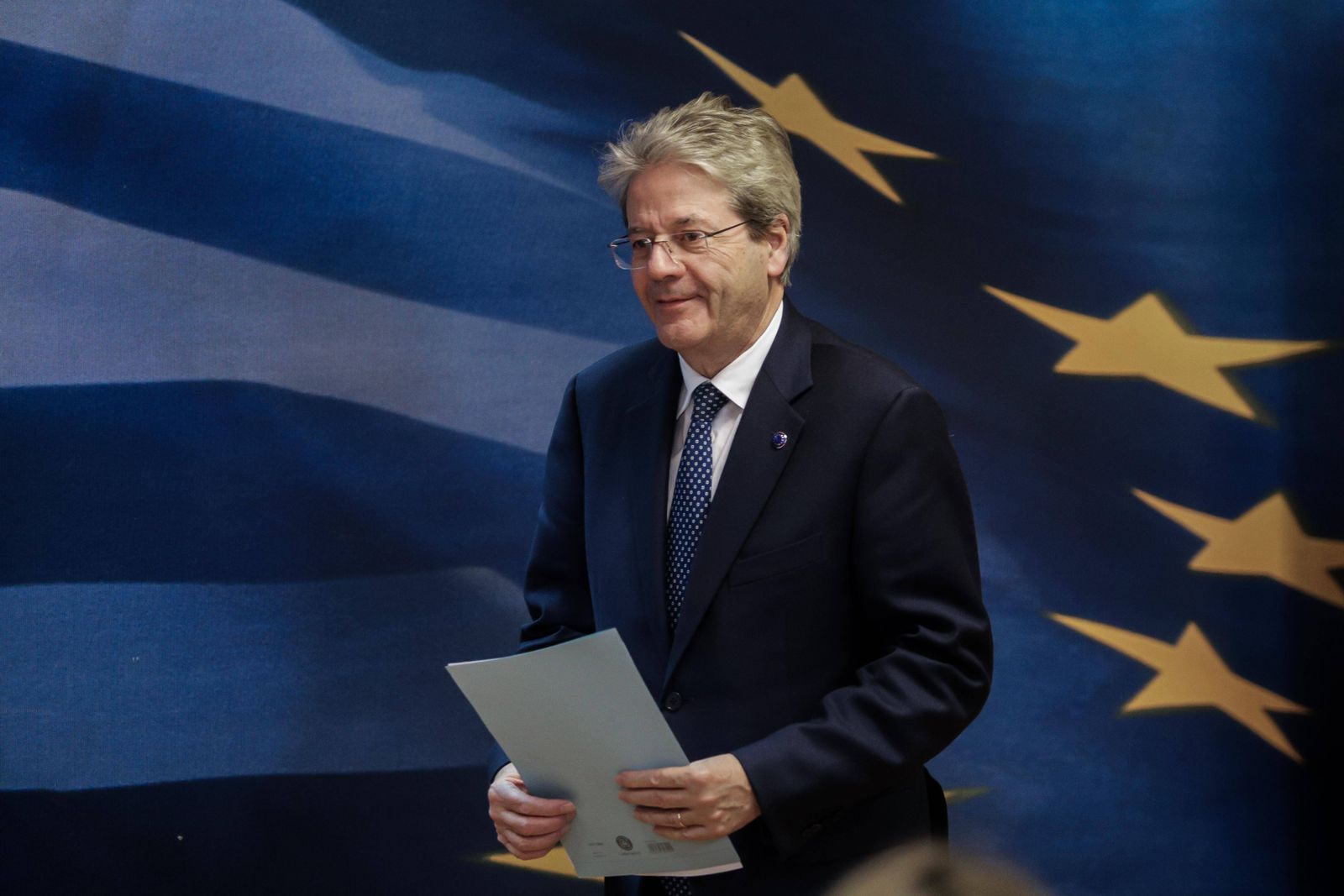 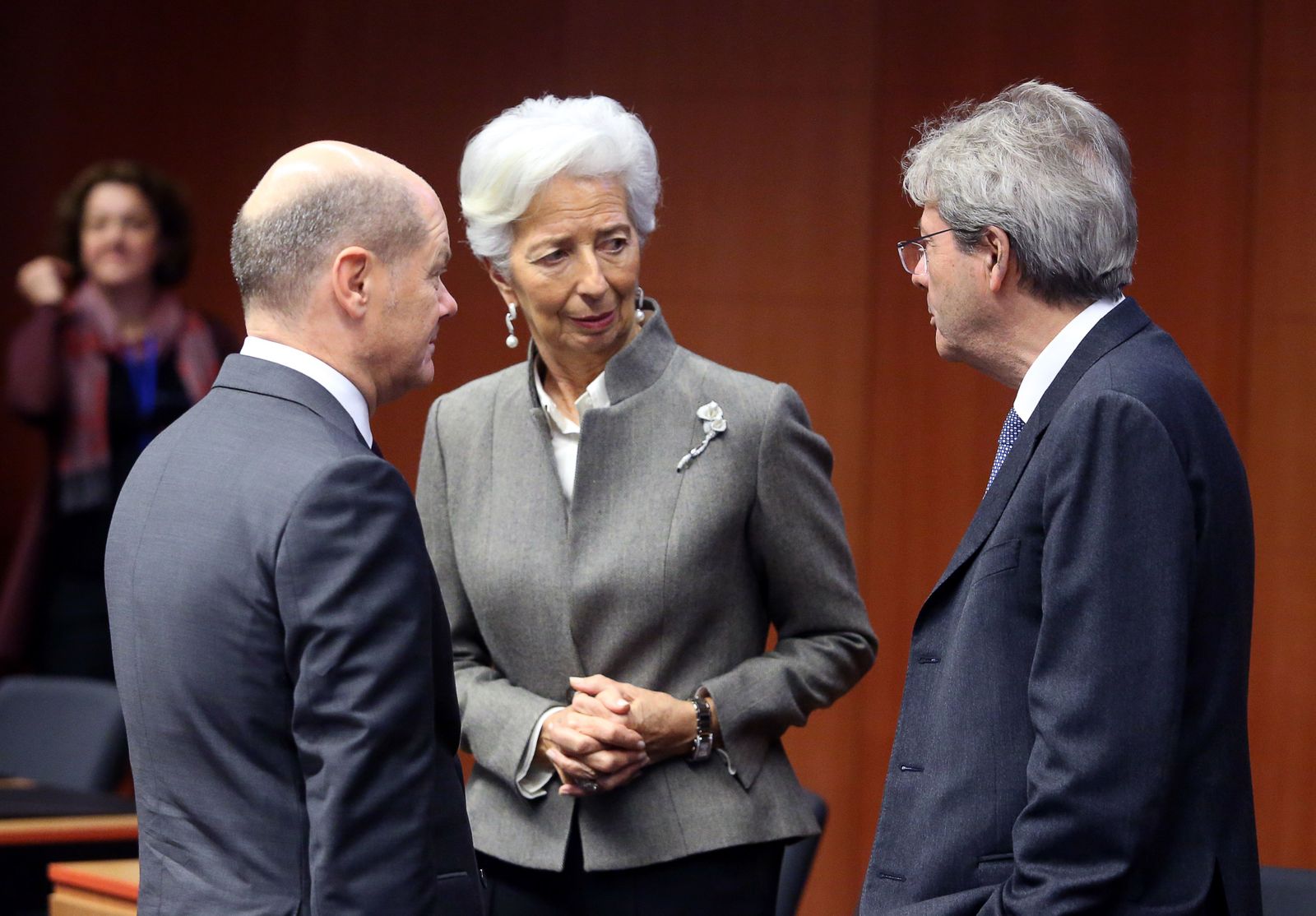