During the Cold War, left-wing parties were often viewed with no small amount of suspicion in the West. Fear was rampant, if perhaps overwrought, that they could act as a political beachhead for the Soviet Union and the communist East Bloc in their presumed quest for global domination.

Times have changed. While relations between Moscow and the West are once again tense due to the ongoing tug-o'-war over Ukraine and the Crimea, it is Europe's right-wing parties that are showing an affinity for Russia. And with European Parliament elections quickly approaching in late May, right-wing populists -- with parties in several countries well positioned to make gains in the coming vote -- are being increasingly open about their desire to act as an advocate for Moscow in Brussels.

"I think we can be a good partner for Russia in the European Parliament," says Filip Dewinter, a senior member of the right-wing Flemish party Vlaams Belang in Belgium. "And Russia sees us as a potential partner."

Russian voices have been no less supportive. "We hope that the results of the coming elections will give these people more power," says Sergey Markov, a conservative political scientist with close ties to the Kremlin. "We need to move forward to further develop this cooperation" with the European right.

The comments from Dewinter and Markov came on the sidelines of a conference held in the European Parliament recently that marks the most serious attempt yet by European right-wing parties to court Russia. Called somewhat awkwardly "EU-Russia: De-Escalating the Crisis - Roadmap for Peace in Europe," the conference was organized by Fiorello Provera, a senior member of the Italian right-wing party Lega Nord and deputy head of the Foreign Affairs Committee in European Parliament, together with David Lasar from Austria's Islamophobic Freedom Party (FPÖ).

The parallels between the political stances of President Vladimir Putin's Russia and European right-wingers are as numerous as they are varied. Skepticism of immigration and a keen worry about the threat posed by Islamist extremism make Putin a natural ally for a xenophobic right whose political bread and butter is their vociferous attacks on European immigration policy. His heavy-handed leadership style and homophobic stance likewise don't hurt.

But it is European right-wing populists' skepticism of the EU and the 28-member bloc's close ties with the US which provides perhaps the broadest foundation for cooperation with Russia. Vassily Likhachev, a Russian parliamentarian who is deputy chair of the EU-Russia Parliamentary Cooperation Committee, blasted the EU at the conference last Wednesday, calling EU resolutions relating to the Ukraine crisis "shameful" and said it was "clear" that the protests in Kiev were "a project developed by NGOs in the United States."

Other anti-US sentiment was echoed by several at the conference, and included comments delivered on behalf of Heinz-Christian Strache, head of the FPÖ, who was unable to attend. "Instead of playing the stooge of the US in the encirclement of Russia, Brussels must finally be able to build positive relations with Moscow and show understanding of Russian interests," Strache's statement said.

On Friday, Strache traveled to Geneva with Lasar for a meeting with Russia's UN ambassador, Alexei Borodavkin, during which Strache once again condemned Western sanctions against Moscow.

For right-wing parties, shining a spotlight on their preference for closer ties to Russia -- even as Brussels has rushed to support the new government in Kiev -- has clear advantages. Recent surveys have shown that, while concern about Russian aggression on the Crimea is widespread, the appetite for challenging Moscow and supporting Kiev is also limited. A YouGov poll from the end of March found that only 42 percent of British and German people, and just 35 percent of the French, are in favor of sanctions that might hurt their own economies. Support for providing financial aid to Kiev is even lower.

Indeed, there has even been some talk among right-wing parties of following the Gerhard Schröder model, whose come-from-behind re-election to the German Chancellery in 2002 came largely as a result of his promise late in the campaign to refuse to participate in the US invasion of Iraq. While surveys show that far-right parties in European Parliament are likely to gain seats in this year's election, a clear rejection of Western measures against Moscow, so the theory goes, could result in even more votes.

The cooperation between the European far right and Russia has been developing for some time. A report published by the Budapest-based Political Capital Institute in March, called "The Russian Connection: The Spread of Pro-Russian Policies on the European Far Right," notes that Moscow has shown an interest in Eastern European right-wing parties for several years now. The paper notes that, while admiration for Russia is not universal in Europe's ultra-conservative scene, there is a widespread "ideological and political affinity" between the far right and Russia.

"Russia would like to destabilize and weaken the European political scene, and these parties are all anti-EU. They want to burn down the house," says Peter Kreko, one of the authors of the study. "I think that's the obvious goal. That and weakening the European-American alliance."

And Ukraine? The fate of the country would not seem to be high on the right-wing's priority list. There was not a single Ukrainian on Provera's panel in the European Parliament last week and the Kiev government was only mentioned to highlight the problematic participation of the virulently anti-Semitic party Svoboda. But even that brief mention is a self-serving one: Right-wing populists are eager to jump at every opportunity available to distance themselves from the extremist rhetoric further to the fringe (and, for some, in their own pasts).

It remains to be seen if the pre-election efforts will bear fruit at the ballot box or if the developing ties to Russia will have staying power. Duma representative Likhachev, for his part, seemed optimistic. "This crisis has led to an increase of Russophobia in Europe and to tensions," he said at the gathering in European Parliament last week. "This event demonstrates that there is interest among some politicians to hear both viewpoints."

But can Moscow's new friends do much to help? Peter Kreko of Political Capital isn't so sure. "If you feel that you don't have strong allies, you try to find weaker allies," he says. "And that is what we can see here." 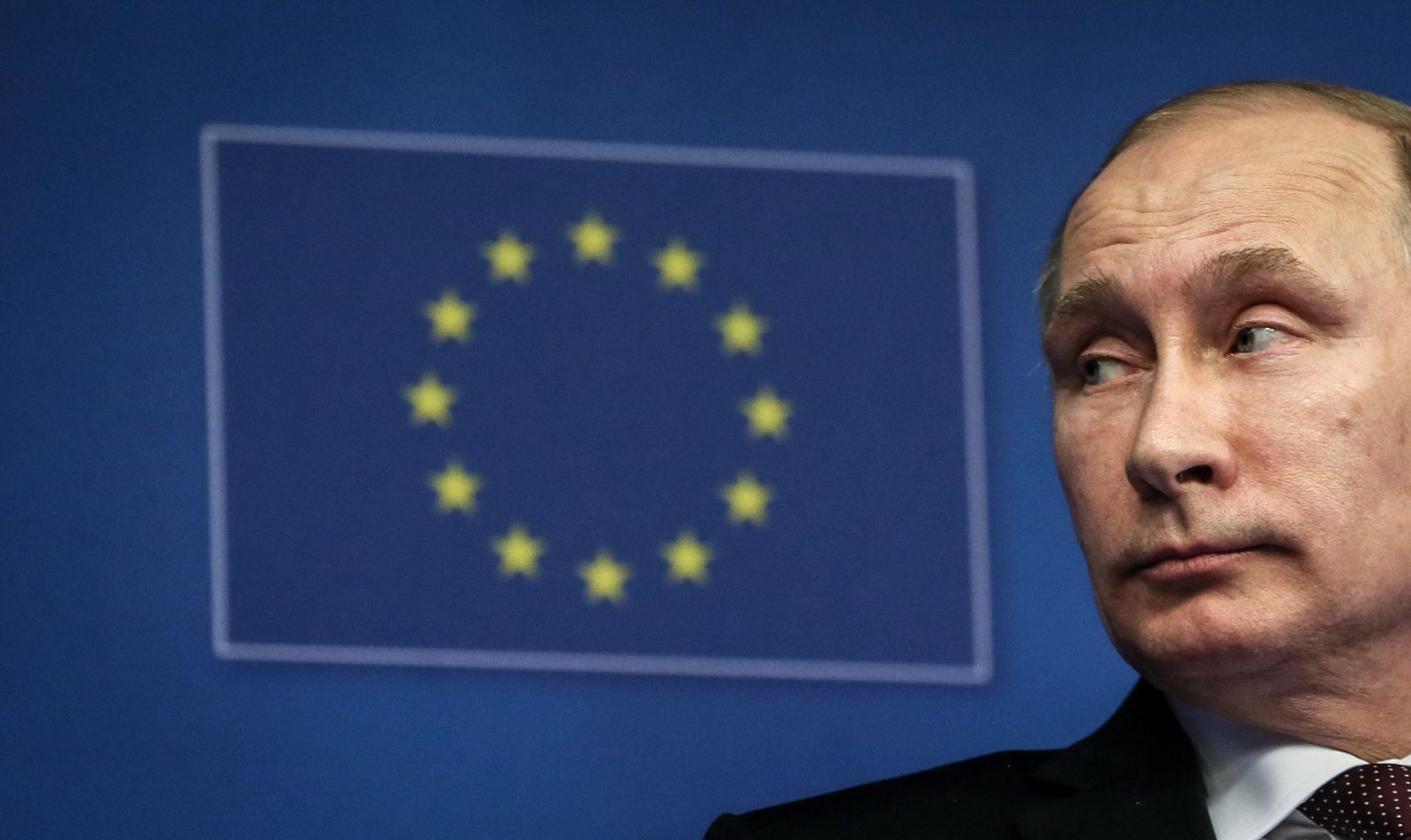 Putin is looking for allies within the European Union. Right-wing populists are answering his call.