The pledge was made almost a year ago. European leaders announced in the summer of 2012 that they were working on a plan to break the vicious cycle between the need to prevent banks from collapse and the surge in sovereign debt such efforts caused. In the future, they said, insolvent banks would not be saved by last-second, taxpayer-funded bailouts. Rather, troubled financial institutions would be propped up by a European banking union or they would be unwound in an orderly fashion.

Since then, leaders have been discussing what, exactly, such a banking union should look like. On Tuesday, European Union finance ministers met in Brussels for fresh talks in an attempt to reach agreement on the degree to which bank shareholders, creditors and savers should be involved in bailouts.

The European Central Bank (ECB) has demanded a clear hierarchy: Shareholders are to be involved first, followed by creditors and then the savers. But several ministers are opposed to concrete rules, preferring instead to make decisions on a case-by-case basis. Some would like to see some bank customers, such as hospitals and charitable organizations, exempted. Others reject the involvement of bank customers entirely.

Chairman of the Tuesday talks, Irish Finance Minister Michael Noonan, said that the conflicting positions had drawn closer and indicated that a decision would be reached at the next meeting in June. That, though, is an extremely optimistic interpretation. Independent observers said they were unable to identify any progress at all.

The lack of movement follows the problematic bailout of Cyprus which clearly demonstrated the urgent need for a banking union of some kind. The flubbed aid package for Cypriot banks, which resulted in the need for capital controls in the island nation, is widely seen as an example of what should be avoided in the future. One lesson, however, would seem to have been learned: Savings of up to €100,000 ($129,000) cannot be touched. Such accounts in Europe are "sacrosanct," said Noonan on Tuesday.

"That's the lesson from Cyprus: It must be clear what will happen," said German Finance Minister Wolfgang Schäuble.

Some of the issues involved in establishing that clarity, however, remain controversial. Deep divisions remain, for example, on the establishment of a bank-funded bailout fund to be used to unwind unsustainable banks. French Finance Minister repeated his demand for a "complete banking union" as rapidly as possible. Spain and Italy also applied pressure, with Madrid this week speaking of a "credibility test" for the EU.

But Schäuble, with his eyes firmly on the German general election this autumn, said even before Tuesday's meeting that a rapid agreement on a bailout fund is unlikely. In an essay published in the Financial Times on Monday, Schäuble wrote that such a plan is impossible without changes to European Union treaties. Instead, he proposed that national authorities take the lead initially before a common fund can be established at a later date. In other words: Berlin is in no hurry to make money available for a European bank bailout fund.

That position puts Schäuble in conflict with both the ECB and the European Commission. The European Central Bank has demanded that all elements of the banking union be completed by the time the new banking oversight authority -- under ECB control -- goes into operation in the first half of 2014.

European Internal Market Commissioner Michel Barnier intends to present his proposal for an authority responsible for unwinding and bailing out banks. "Prevention is always cheaper than the cure," he said on Tuesday. But Schäuble's comments would seem to have ruined Barnier's timeline before he even had a chance to introduce his plan. Berlin argues that the Lisbon Treaty does not provide the EU with the power to unwind banks against the wishes of national governments. Lawyers with the European Commission and the ECB disagree.

French Finance Minister Pierre Moscovici on Tuesday proposed that the legal issues be closely examined. "But that shouldn't prevent us from taking further steps," he said. Should Schäuble get his way, it could be years before the banking union is complete. That, though, is something that the EU cannot afford. Given the ongoing financial difficulties faced by many Southern European countries, European Currency Commissioner Olli Rehn warned on Monday that progress on completing the banking union is "urgent." 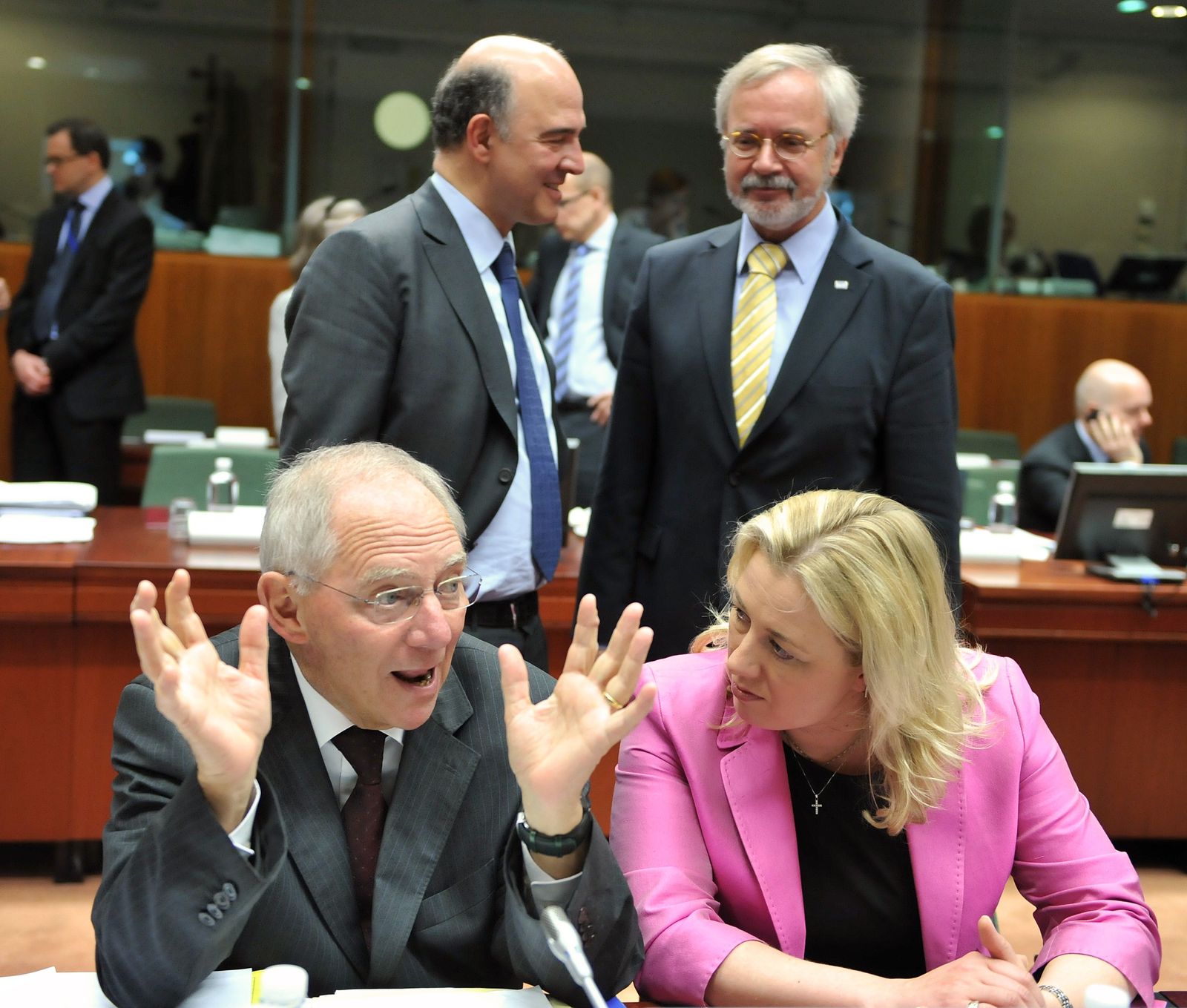