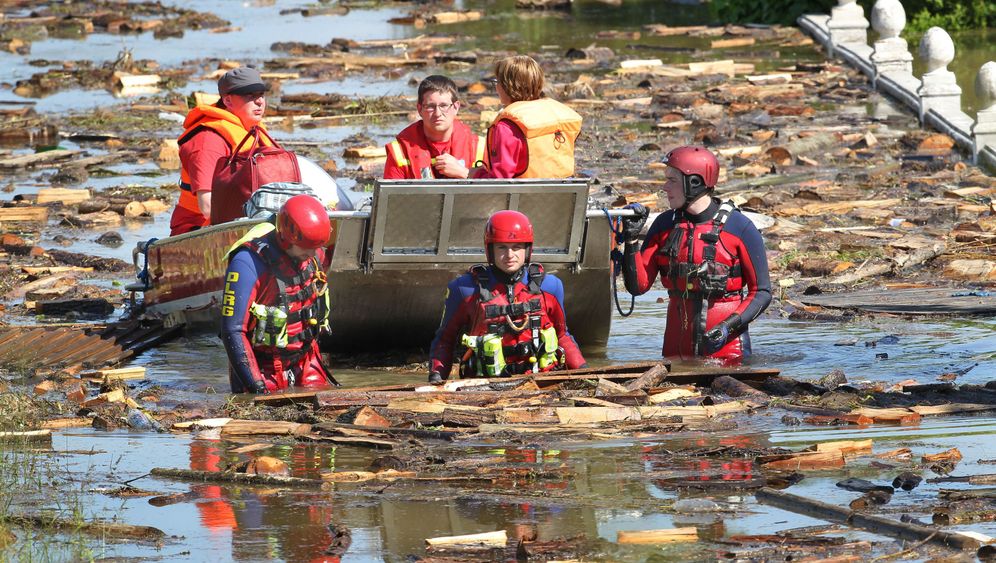 As the dramatic flooding that has swept across Central Europe in recent days continued to ravage Germany on Thursday, Chancellor Angela Merkel set out on another tour of the affected areas, promising yet more aid to repair the damage.

"When the high water recedes, the analysis of overall damages will begin. Then there will naturally be further help," the chancellor said while visiting the flooded town of Bitterfeld, in the eastern state of Saxony-Anhalt.

Earlier in the day, Finance Minister Wolfgang Schäuble had also promised more aid to supplement the €100 million ($132 million) already promised by Merkel to deal with the flood fallout, though he did not name an exact figure. Schäuble said everything would be done to repair the flood's long-term effects. "Everyone can count on that," he said.

The German Association of Cities has said that the amount of aid pledged so far will not be enough to address the widespread damage left in the wake of the flooding. Officials have only just begun to assess the cost of the floods, but at least €2 billion in damages is expected in the state of Saxony alone.

"We will do what we can afford," Merkel said in Bitterfeld, promising that the federal police force and military would make as many people available as possible to help out.

Along the dikes surrounding Bitterfeld, the chancellor praised the solidarity shown by residents of the affected areas. "One sees that people are working hand in hand," she said. "It's wonderful what solidarity and standing together can do. One can be a bit proud of how it's all working."

In addition to more than 5,000 German troops deployed to battle the disaster in the states of Bavaria, Brandenburg, Lower Saxony, Saxony and Saxony-Anhalt, thousands of citizens have provided volunteer help to stabilize dikes along the Danube, Elbe and Saale rivers, which have overflowed after heavy rainfall in recent weeks.

While cleanup has already begun in some areas, the situation remains critical in eastern German states as the flooding heads north from the Czech Republic, where Prague was hit hard earlier this week.

With flooding also reported in Austria, Switzerland, Slovakia and Hungary after sustained and heavy rainfall, the European death toll has reached at least 16, with 4 reported missing.

Tens of thousands of people have been forced to evacuate their homes in both the Czech Republic and eastern Germany along the Elbe and Saale rivers and their tributaries. Chemical factories along both the Elbe and Danube rivers have also reportedly been shut down as a safety precaution.

Parts of the southern state of Bavaria are also still struggling to stabilize saturated dikes, and the city of Passau is now beginning cleanup operations after experiencing its worst flood in 500 years. On Wednesday, people had to be plucked from their rooftops by helicopters in Deggendorf after two levees broke, submerging houses and a section of highway.

After assessing the damage around Deggendorf from a helicopter on Thursday, Bavarian Governor Horst Seehofer said he was shocked by the extent of the flooding. "It is indescribably bad," he said.

In the northern state of Lower Saxony, officials said levees were under 24-hour watch in some places as thousands of emergency workers prepared for the most critical phase of flooding along the Elbe.

"We hope the levees hold," said a spokeswoman for the city crisis committee in Magdeburg, the capital of Saxony-Anhalt. An hour south, in the city of Halle, officials reported on Wednesday that water levels had reached their highest point in 400 years. On Thursday, they were planning for further evacuations in the event of a dam break, which could affect some 30,000 people.

In the state of Saxony, the high water peaked on the Elbe River on Thursday. Though the situation remained critical, water levels did not reach those seen in the disastrous flood of August 2002, which caused widespread damage in eastern Germany and neighboring countries.

"In Dresden, we have dozens of members instructing some 300 volunteers on how to build a temporary dam to hold the water back from one of the city's main thoroughfares," disaster team member Carolin Petschke told the Associated Press.

The state of Brandenburg, which surrounds Berlin, is not expected to see its high water crest until the coming days. State Interior Minister Dietmar Woidke was not optimistic, though, saying he expected water levels to surpass those seen in the disastrous floods of 2002. "It's not just the Elbe that's coming," he told radio broadcaster RBB. "This time, all of the tributaries are coming with great force, as well." 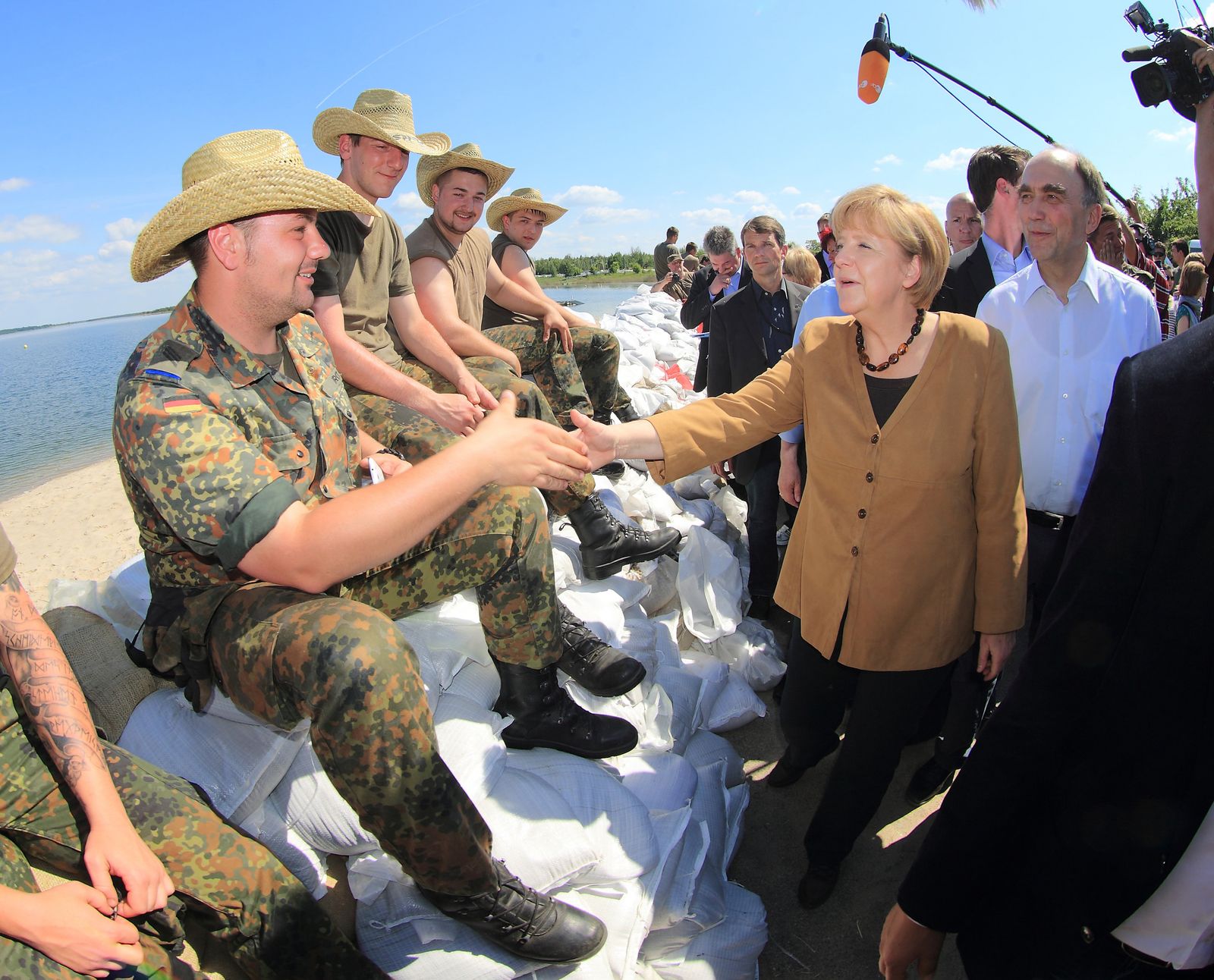 "I believe that one can rely on the fact that what is humanly possible is being done," Merkel said in Bitterfeld, according to the German news agency DPA.