As is often the case with earth-shaking events, it was the financial markets that reacted first. The DAX, Germany's blue-chip stock index, quickly plunged upon opening on Wednesday morning in response to the news that Donald Trump had won the US presidential elections. But despite expectations by some financial experts that the index would drop by up to 4 percent against Tuesday, the DAX quickly stabilized after opening down just over 1 percent.

Among European politicians, though, initial reactions were significantly darker. German Chancellor Angela Merkel felt it necessary in a Wednesday midday statement to remind Trump of the values that bind Germany and America together: "Democracy, freedom, respect for the law and for human dignity, regardless of ancestry, skin color, religion, gender, sexual orientation or political leanings." She then said: "On the basis of these values, I offer the future president of the United States of America, Donald Trump, close cooperation."

German Defense Minister Ursula von der Leyen told German public broadcaster ARD on Wednesday morning that Trump's victory was a "deep shock." She added: "I think Donald Trump also knows that this election was not for him but was against Washington, against the establishment."

In terms of what the election might mean for Germany, von der Leyen said: "Europe has to prepare for the fact that it must provide for itself," including a larger defense budget. She believes that the US will demand greater German engagement in NATO.

German Foreign Minister Frank-Walter Steinmeier also spoke about what the election might mean for Germany. "We hope that we are not facing greater instability in international politics. During his campaign, Trump was critical not just of Europe, but also of Germany. I believe we must prepare for American foreign policy becoming less predictable. We must prepare for a situation in which America will be tempted to make decisions on its own more often."

"I don't want to sugarcoat it: Nothing will be easier and much will be more difficult," he continued. "Just as we Germans learned a lot in the past from our American friends, we should now encourage our American friends to stay true to past partnerships and to us."

'It Will Only Get Crazier'

Sigmar Gabriel, head of Germany's Social Democrats and Merkel's vice chancellor, was more terse, saying: "Trump is a warning to us as well. He is the harbinger of a new authoritarian and chauvinistic international movement."

German Justice Minister Heiko Maas, of the center-left Social Democrats, took to Twitter, writing: "The world won't end. It will only get crazier."

Cem Özdemir, co-leader of the German Green Party, said: "This is a break with the tradition that the West stands for liberal values."

Reactions elsewhere in Europe were no more optimistic. Former Italian Prime Minister Enrico Letta said on Twitter that Trump's victory was "the most significant political development since the fall of the Berlin Wall and a wake-up call for Europe." Gérard Araud, French Ambassador to the US, tweeted: "This is the end of an epoch. After Brexit and this vote anything is possible. The world is crumbling in front of our eyes." He later deleted the tweet.

In Brussels, President of European Martin Schulz said: "I'm not happy about it. But on the other hand, I also believe that the political system in the US is strong enough to be able to deal with a president like Trump."

European Commission President Jean-Claude Juncker and European Council President Donald Tusk, for their part, wrote a joint letter to Trump in which they invoked the "strategic partnership" between the EU and the US, saying it was "more important than ever before" to strengthen transatlantic relations.

Manfred Weber, floor leader for the center-right European People's Party, also had foreign policy on his mind: "We have to be more self-confident and stronger and take on more responsibility," he said. "We don't know what to expect from the US going forward. ... We cannot leave the playing field to radicals the world over."

Most heads of government across Europe chose to wait with their initial reactions, with some unsurprising exceptions. Those who welcomed Trump's victory were quick to congratulate him. Hungarian Prime Minister Viktor Orbán, for example, said that the Republican's election to the presidency is "fantastic news" showing that "democracy is still alive." Russian President Vladimir Putin quickly sent Trump a congratulatory message.

Other populists in Europe were likewise giddy at the prospect of Trump entering the White House. Marine Le Pen, head of Front National in France, quickly congratulated Trump and "the free American people" on Twitter. She was quickly followed by her deputy Florian Philippot, who tweeted: "Their world is crumbling, ours is building."

Heinz-Christian Strache, head of the right-wing populist Freedom Party of Austria, congratulated Trump on Facebook and wrote: "The political left and aloof, corrupt establishment is being punished by voters step-by-step."

With many in Europe having stayed awake through the night to watch the returns, there were few on Wednesday morning who seemed in much of a mood to argue. 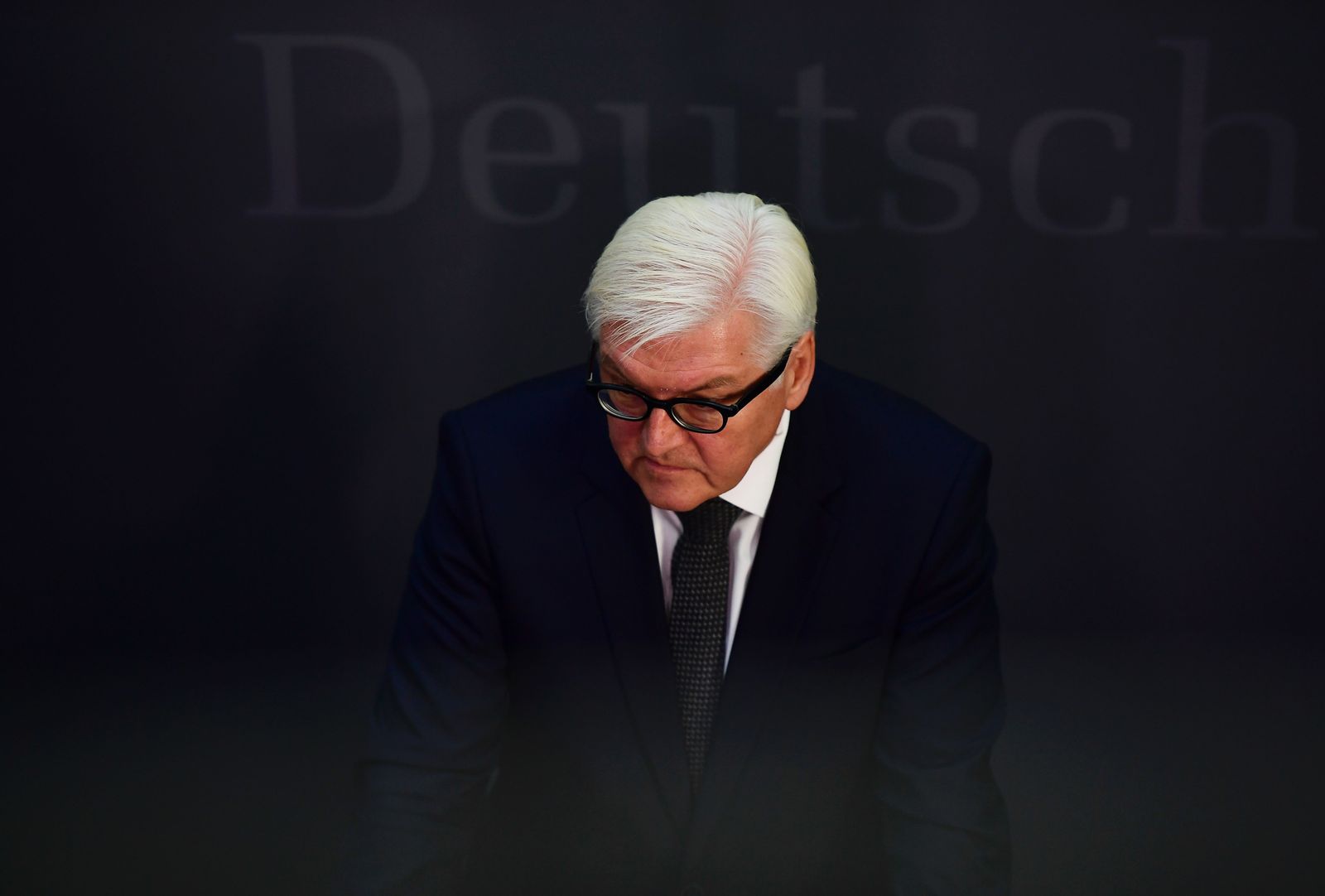