The flame last Tuesday was immense, rising some 200 meters (650 feet) into the air out of the natural gas pipeline named Brotherhood in eastern Ukraine. What caused the explosion remains a mystery. But it showed with shocking immediacy just how vulnerable Europe's energy supply has become as a result of the unrest in Ukraine.

A day before the explosion, Russian energy giant Gazprom had announced that it would only continue supplying Ukraine if the country paid for deliveries in advance. Because about half of Russian gas headed for Western Europe flows through Ukraine, European leaders now have a crucial topic to discuss at their summit this week in Brussels: Will deliveries to EU member states be affected?

At the same time, EU leaders are also wrangling over how to secure Europe's long-term natural gas supply. Polish Prime Minister Donald Tusk is determined to demand more solidarity from his European partners. Others too have taken up his proposal to create a so-called energy union to reduce Europe's dependence on Gazprom.

But as so often happens in the EU, when it comes time to discuss the details, national interests diverge and friendships dissolve, particularly when money enters the picture.

Tusk envisions the creation of a kind of purchasing syndicate that would negotiate with Russia. Poland is furious that it has to pay considerably more for natural gas than major German buyers.

But German Minister of the Economy Sigmar Gabriel is skeptical. "There are good reasons why those are decisions made by the private economy," he said earlier this month at a meeting of EU energy ministers. Thus far, German suppliers like E.on or Wintershall have gotten along well with the Russians. They have long-term gas-supply contracts of up to 20 years with Russia, guaranteeing them lower prices.

According to industry insiders, these old contracts are getting in the way of EU solidarity. A high-ranking E.on manager says that many such deals explicitly prohibit customers from re-selling the natural gas abroad. That means that the European Commission's plan calling for Western European countries to deliver gas to Eastern European countries in case of emergency is not currently workable.

The EU executive is convinced that such clauses are against EU law. European Commissioner Joaquin Almunia has launched an investigation into Gazprom, partially as a result of the deals, and European Energy Commissioner Günther Oettinger is likewise skeptical. It would, he says, "be unlawful if the contracts stated that the gas can only be used in Germany."

The financing of the planned energy union has also been a source of conflict. According to Commission calculations, about €200 billion would need to be invested by 2020 in order to upgrade pipelines and power lines so that a European single energy market could be created. The EU has only made €5.8 billion available thus far.

EU member-states haven't even been able to agree on what measures must be taken before next winter. In the current version of the final summit communiqué, which is already being negotiated, there is only talk of strengthening "existing emergency and solidarity mechanisms," like natural gas storage. The Poles, on the other hand, are asking for concrete details, like who must deliver gas at what price and at which volume.

The tone is getting sharper. "It's impossible," a Polish diplomat complains, "that we can't agree on something substantial in a crisis like this one." 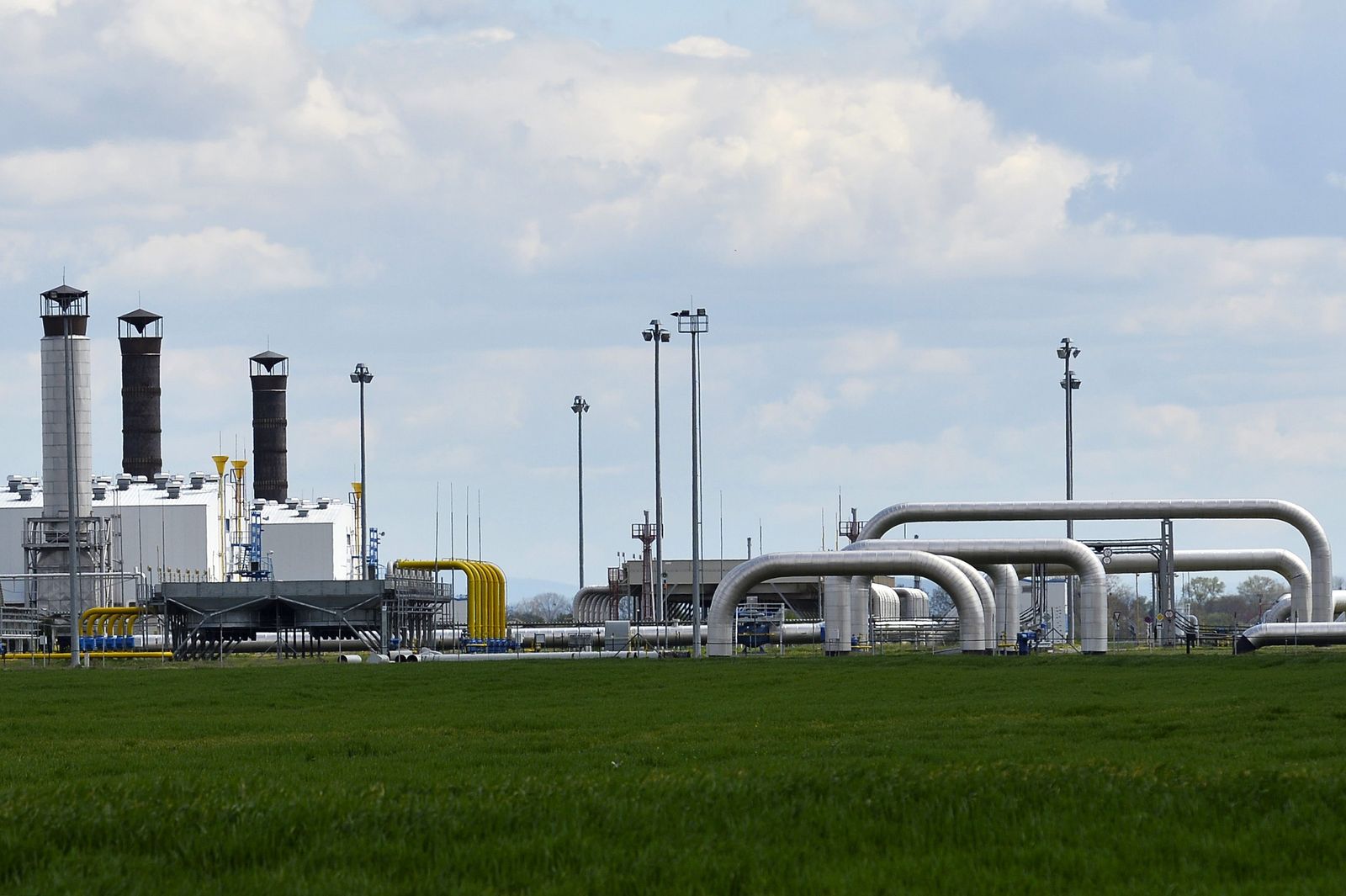 A natural gas delivery station on the Slovak border with Ukraine. EU is worried about supplies this winter.