European parliamentarians next week are to debate a controversial draft law that would create massive national police databases of flight passengers entering or leaving the 27-nation European Union, including everything from addresses to meal preferences.

The proposal for a "passenger name record" (PNR) would require airlines and booking agencies to hand over passenger data to national authorities, which would then routinely search for anything conspicuous. The data would be saved for five years and would include names, seat assignments, travel destinations, phone numbers, hired travel agencies and potential re-bookings, among other details.

In order to process the enormous amount of information, each individual member state would be required to delegate a national police unit to gather, save, evaluate and, when appropriate, forward the information onto other relevant authorities. The bill states that its purpose is to root out not just known terrorists, but also people "previously unsuspected of involvement in serious crime and terrorism" whose data suggests they "may be involved in such crime," like human trafficking or the drug trade.

The law would apply exclusively to flights entering and leaving the EU, not within its borders. However the European Commission said an inclusion of intra-EU flights remains a possibility.

The proposal cites the aborted terrorist attack in December 2009, when a Nigerian national attempted to detonate explosives sewn into his underwear while on a flight from Amsterdam to Detroit, as evidence that existing laws are not enough to prevent such crimes. It also cites a 2009 Standard Eurobarometer, the European Commission's biannual public opinion survey, which found that four out of five EU citizens want to see stronger EU action against organized crime and terrorism.

Plans Based on US Model

European Commissioner for Home Affairs Cecilia Malmström developed the plans a year and a half ago based on a similar existing database in the United States. Earlier this year, the European Parliament, despite objections from some EU member states, approved a renegotiated treaty with the US that hands over data to American authorities on flight passengers going from Europe to the United States.

That treaty was supported on the argument that it was necessary to combat terrorism and serious transnational crime. Commissioner Malmström also argued it provides greater privacy safeguards for passengers than a previous agreement that had already been in effect for years. But opponents said those privacy safeguards did not go far enough, and that the law was passed in part because of a threat from the US to eliminate visa-free travel for EU citizens.

"The methods of screening for terrorists are becoming an everyday business," he says.

German data protection authorities and privacy advocates have argued that the five-year time span for saving EU passenger data contradicts the German constitution. The German Constitutional Court in 2010 voided a law that required telecommunications companies to store all citizens' phone and internet data for six months. It also placed strict limits on the state's ability to access such data.

The ruling did not, however, address the EU law on which the German law was based. The 2006 EU legislation requires member states to store citizens' telecommunications data for six to 24 months.

The committee's rapporteur on the draft law, British Conservative and former airport board member Timothy Kirkhope, has lent his full support to the bill, saying it would protect the safety of EU citizens while not impeding their free movement or right to entry.

The committee is equally split between parties typically more sympathetic to civil liberties, like greens, libertarians and social democrats, and those that tend to place a greater value on security issues, like conservatives and Christian democrats. 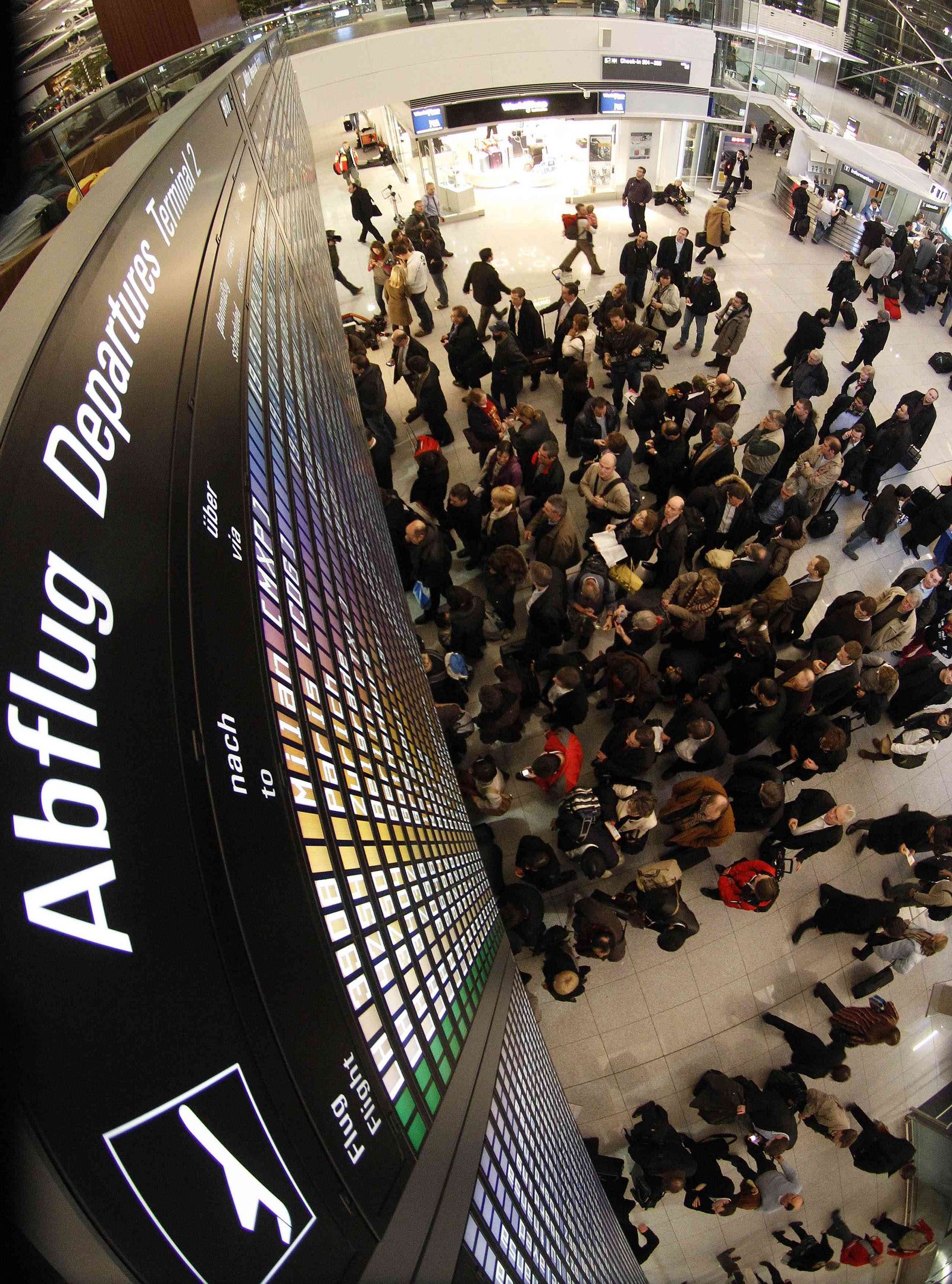 Passengers stand under a flight information display board at Munich's international airport.