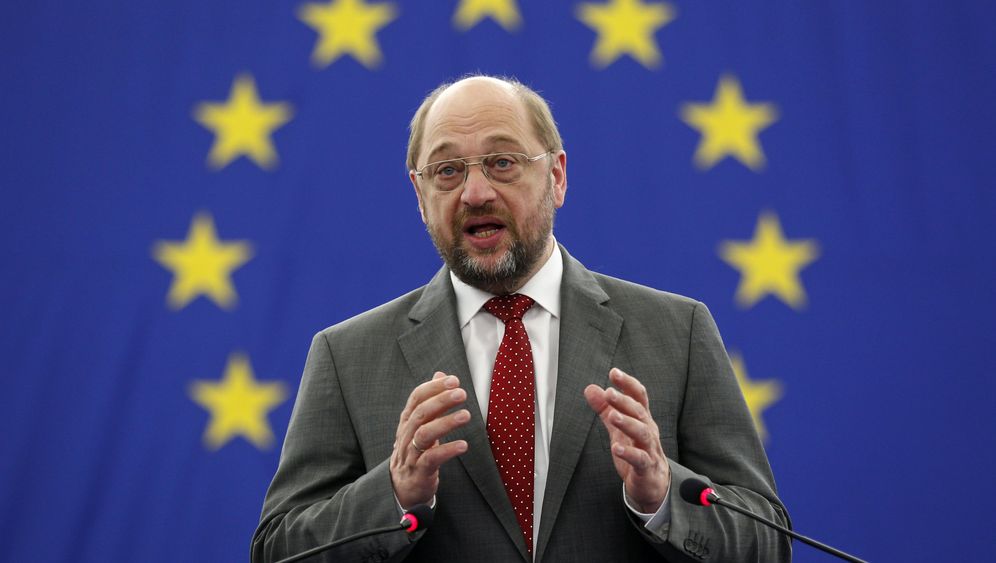 A considerable number of Christian Democrat politicians from around the European Union have paid their respects to Jean-Claude Juncker recently, making the pilgrimage to the city of Luxembourg's historic center in the hope of convincing the country's prime minister to run as leading candidate in next year's elections in the European Parliament.

As of this summer, Juncker had publicly ruled out that possibility, but more recent visitors have come away with the impression that he was reconsidering. "He's wavering," reports one individual who spoke with Juncker.

The 58-year-old prime minister, who is the longest-serving head of government in the European Union, can't commit one way or the other just yet. First he must face early parliamentary elections on Oct. 20, elections that were moved forward following Juncker's involvement in a bizarre intelligence agency scandal.

If the country's other parties refuse to form a coalition with Juncker following the election, it would clear his path to Brussels immediately. But even if he is re-elected as prime minister, Juncker could give up his official functions in Luxembourg next year.

At stake in next year's election is nothing less than the EU's most important political office -- the picking of a successor to European Commission President José Manuel Barroso. The various parties' groups within the European Parliament have all declared definite intentions to field leading candidates for this post.

Here the parliamentary groups cite a clause in the Lisbon Treaty that stipulates the European Council -- which consists of the heads of state and government of all EU member states -- should propose its choice for president of the European Commission after "taking into account the elections to the European Parliament and after having held the appropriate consultations" with the members of parliament.

Merkel Prefers Not to Field Candidate

Behind the scenes, though, there is debate within the EPP over the how seriously to take that clause. Many conservative heads of state, especially German Chancellor Angela Merkel, would prefer not to commit themselves to following the results of a general election. In fact, to keep all options open, Merkel would rather not field a leading candidate in the election at all.

As part of its platform for that election, the SPD made a commitment to support only a European Commission president who had previously been a leading candidate in the European Parliament elections. That condition is tailor-made for Schulz, whose path to becoming his party's leading candidate seems clear. Any other Social Democrat candidates would need to inform the party of their intentions by the end of November, and so far it doesn't look as if any other party members plan to run against Schulz.

Schulz has the advantage that his candidacy is a logical continuation to his career so far. There's nothing surprising about a member of the European Parliament aspiring to the position of European Commission president. The prime ministers under discussion within the EPP as potential candidates, though, are a different matter. Why should incumbent heads of government subject themselves to the uncertainty of an election in which they may or may not ultimately attain the post in question?

Nonetheless, the EPP has set a date for a party convention, to be held in Dublin in early March 2014, at which it, too, will select a leading candidate. In other words, Europe's Christian Democrats will have to field at least one token candidate, despite the reservations of Merkel and others.

Merkel's primary interest is to see a German Christian Democrat represented on the next European Commission. Herbert Reul, head of the parliamentary group of the CDU and its Bavarian sister party, the Christian Social Union (CSU), in the European Parliament, considers Günther Oettinger, a current commissioner, to be "the logical candidate." However, David McAllister, former governor of the German state of Lower Saxony, is also planning to run for a position on the Commission. The CDU's deputy chair, Ursula von der Leyen, is said to have similar intentions.

But there's a hitch: The European Parliament elections are unlikely to yield a clear-cut result. A stalemate between the two major camps is likely -- as it is within the European Council as well, where a qualified majority is required to propose a candidate. Merkel is unlikely to be able to mobilize a majority against Schulz, who is assured the support of French President François Hollande and Italian Prime Minister Enrico Letta.

It is entirely conceivable that Christian Democrat heads of state will ultimately support Social Democrat Schulz as well, since he is highly regarded within their ranks. "When it comes to Europe's Socialists, Martin Schulz is without a doubt a respectable candidate," says Luxembourg's Prime Minister Juncker.

Schulz, meanwhile, would be glad to see Juncker run on the EPP's ticket. "If the major party families nominate strong candidates, it will offer a great opportunity to marginalize EU skeptics," the Social Democrat says.

He said as much to Merkel during a visit to Berlin in August, and the chancellor didn't disagree.