Police and anti-terrorism units raided 11 homes, offices and prison cells in Germany, the Netherlands and Switzerland on Wednesday in a joint operation targeting a suspected international neo-Nazi cell.

According to information obtained by SPIEGEL, the raid is part of a secret investigation launched months ago by Germany's Federal Prosecutor's Office on suspicion that several individuals were planning to form a terrorist group.

Six neo-Nazis, together with an unkown number of accomplices, are suspected of planning bomb attacks to overthrow the German politicial system, investigators believe.

The plot was named "Werwolf," in memory of the Nazi "Werwolf" plan for a commando force to launch attacks behind enemy lines in the final stages of World War II.

Prosecutors suspect two Swiss right-wing extremists, named only as Robert S., 54, and Sebastien N., 25 of leading the group. Sebastien N., who is in prison in Switzerland, has Nazi symbols tattooed on much of his body.

He is alleged to have shot a young man in Zurich in May 2012, and was arrested in Hamburg 48 hours later before being extradited to Switzerland. His prison cell was searched on Wednesday along with the cell of another neo-Nazi, Roberto K.

In Germany, police searched the homes of Denny R., 29, and Heiko W., 32, in the northern states of Lower Saxony and Mecklenburg Western-Pomerania respectively.

No arrests are believed to have been made. The investigation so far is based on witness testimony and is proving difficult because the suspects have been using an encryption system they developed for their electronic communications. The police have also been unable to gain evidence of any concrete plans for attacks.

Police confiscated computers and other data storage devices in the raids.

Awareness of the threat of neo-Nazi terrorism has grown since the chance discovery in November 2011 of the National Socialist Underground. The group is believed to have committed at least 10 murders between 2000 and 2007, killing eight immigrants of Turkish descent, one Greek man and a German policewoman, as well as orchestrating a nail bomb attack in Cologne in which 22 people, most of them Turkish immigrants, were injured.

The trial of the last surviving member of the three-person cell, Beate Zschäpe, and four alleged accomplices started in May. 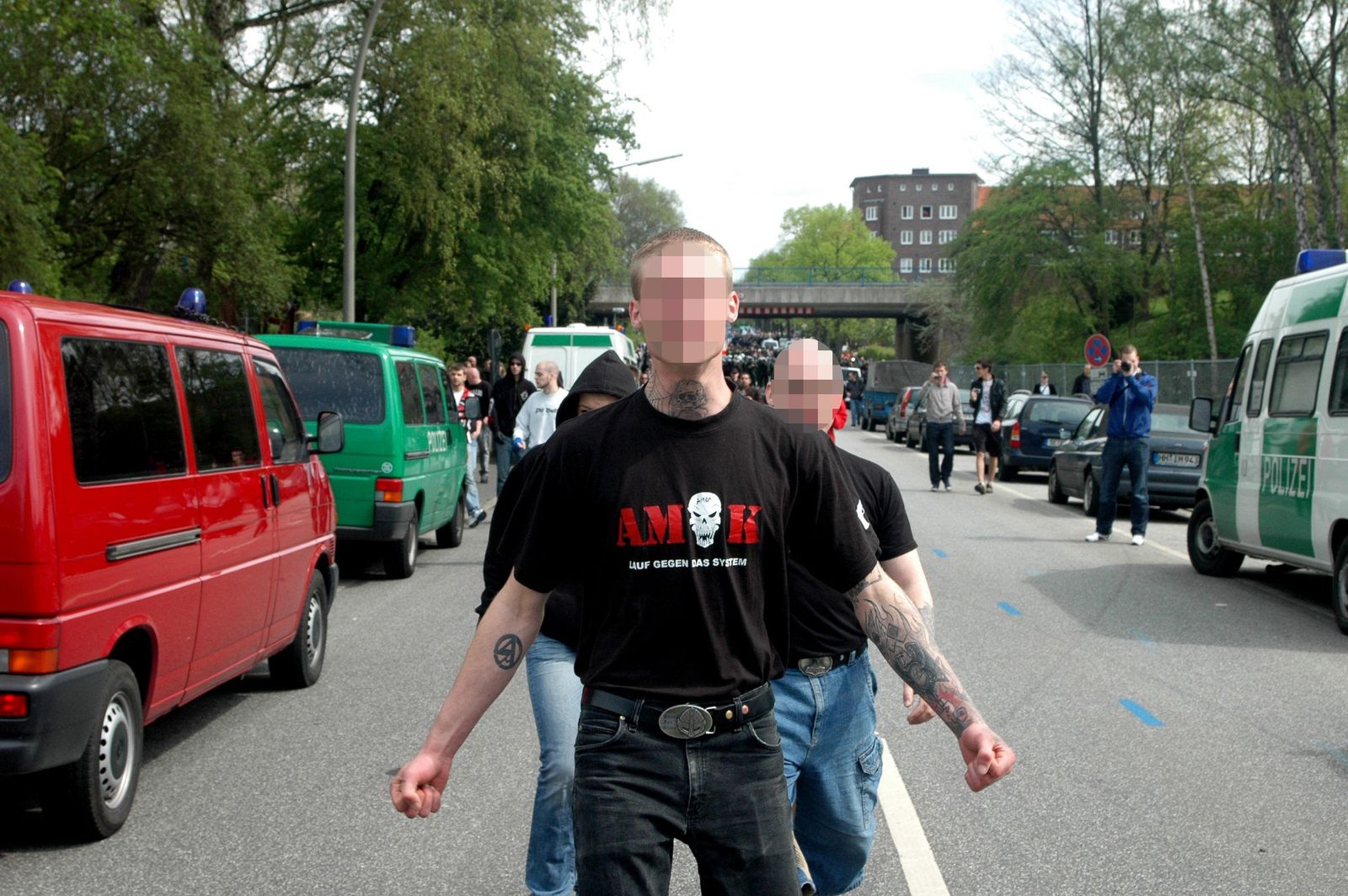 Sebastien N., alleged to one of six neo-Nazis planning to form a terrorist group.