Editor's Note: The following European press review has been compiled for SPIEGEL Internationl by our partner site Presseurop in Paris.

The news of the disaster came with a thunderclap. On March 15, the day the 27 European Union member states were to agree to perform stress tests on the 153 reactors on European soil, Germany announced the immediate shut-down of seven of its plants for three months.

"The German plants are no less safe today than they were a week ago," the Frankfurter Rundschau acknowledges, "but it's the outcome that matters. And the outcome is good. Seven old power stations have been unplugged from the grid, and safety standards in Germany will be debated. That's also good."

"The public," the newspaper notes, "has been as surprised by the government's zeal as the energy companies, which have been deprived overnight of profits that can be reckoned in billions. One would have liked to see the same courage, dynamism and willingness to do battle a lot earlier."

Recalling, however, that all German governments have broken their swords on the powerful nuclear lobby, the paper writes that "the congratulations expire at the end of today. The true confrontation with the major power utilities has not yet begun. The chancellor will hold onto her credibility only if the plants stay out of service and if the utilities are forced to upgrade them after the three-month moratorium period and after the regional elections."

'The World Champion of Hysteria'

"Germany has totally lost its head," is the judgement call from the not so easily swayed Trouw. Certainly, nuclear power has its dangers, and it is "only human to grope for the panic button when things go wrong," writes the Dutch daily. But Merkel ought to have "kept a cool head," because shutting down some of the plants for inspection is "an absurdity." We do not yet know exactly what lay behind the Fukushima drama, but "it is clear that a similar scenario could never happen in Germany. The German government's decision can only feed fear and mistrust."

But Germany is not alone, writes France's Le Figaro. Italy may renounce its return to nuclear power, and "Poland is asking the same questions. Austria was the first to demand that stress tests be carried out at the European level, while Switzerland has announced it is suspending its nuclear projects while awaiting more stringent safety standards." Only France maintains its confidence in one of its leading industries.

Europe has become "the world champion of hysteria around nuclear power," writes Hospodáské noviny, expressing forceful regret that European politicians are "surfing on a wave of emotions." The Czech business daily bases its reading on the most recent Office of Economic Cooperation and Development study that compares the risks of nuclear energy to those of other energy sources and finds that "nuclear is the safest." Between 1969 and 2000, the deadliest was hydroelectric power, which was responsible for 29,924 deaths in one accident in China alone. "The study concludes that the possibility of a nuclear accident that could directly or indirectly cause the deaths of hundreds of people is ten times lower than the risk of an accident involving fossil fuels (coal, gas, oil) or water." In the current situation, Hospodáské noviny writes, emotions are understandable, but in politics, reason should prevail.

It is possible that one country or another may decide to close its plants or cut back on programs," weighs in Dziennik Gazeta Prawna. But this raises a question: "What is to replace them? Germany, for example, says it will accelerate the shift to renewable energies. And so it wants to produce the most expensive electric power in the world, which as a side effect will disrupt agricultural markets with energy crops that will force out, to some degree, traditional cultures." "As dramatic as the images from Fukushima are, nuclear energy has proven to be a solution that works," the Polish daily concludes. 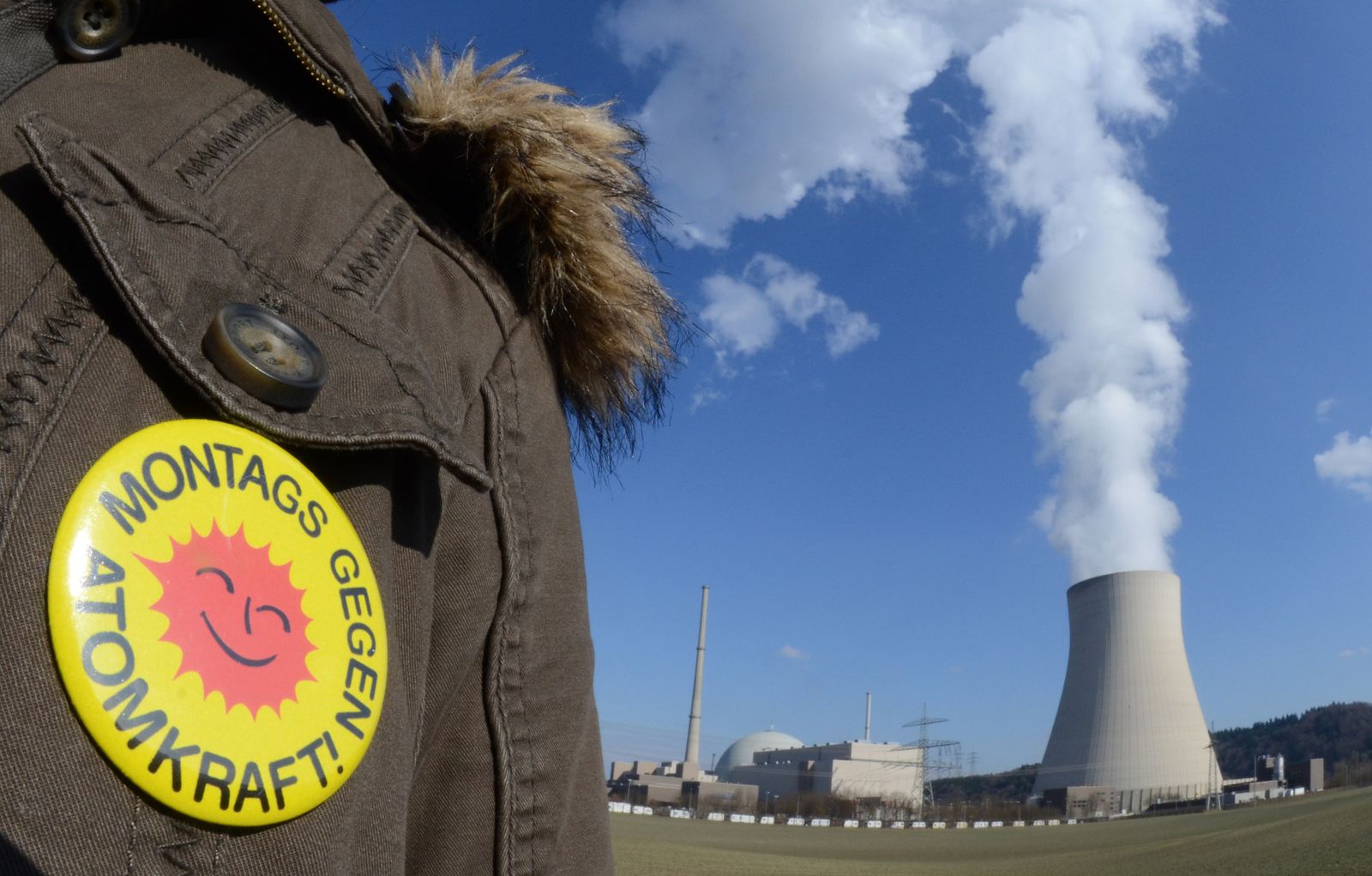 A German anti-nuclear protester stands near an atomic power plant in Bavaria on Monday.