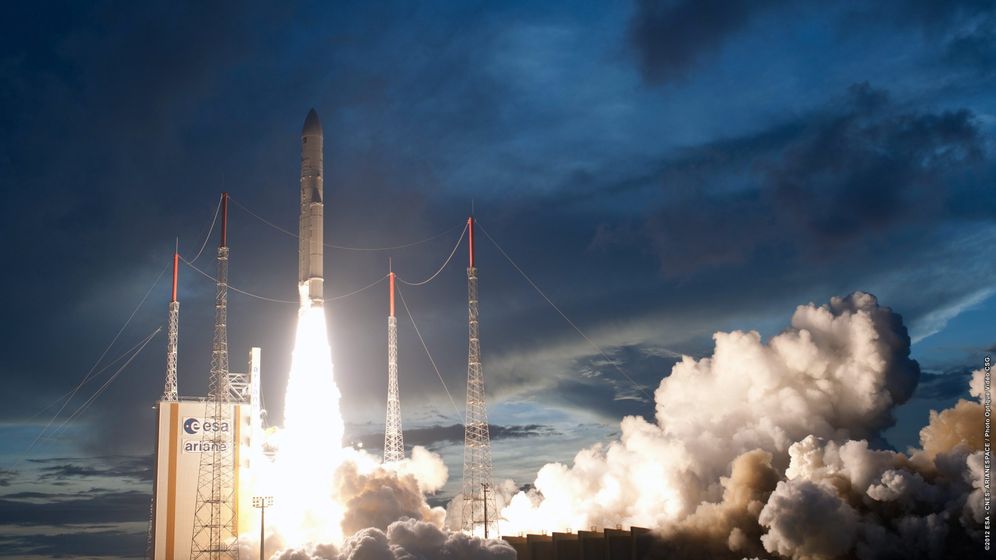 Just one week ago, Europe's space exploration efforts took a significant hit. With several countries in the European Union facing the need to scale back spending in the face of the euro crisis, gathering funding for a proposed landing on the south pole of the moon had proven difficult. And last Friday, with Great Britain, Spain and Italy declining to commit, Germany also backed out. The so-called "Lunar Lander" project came to an end.

On Tuesday night in Naples, however, the European Space Agency (ESA) received a boost. Following difficult minister-level negotiations at the ESA summit, an agreement was reached on the agency's future, guaranteeing both a further development of the Ariane rocket as well as ongoing European involvement in the International Space Station (ISS). As part of that involvement, ESA is to cooperate with NASA on the construction of the Orion capsule to transport both people and goods to and from the ISS.

The step forward had by no means been assured in the run-up to the meeting. European budgets are overstretched as it is and many worried that the Continent's space program would suffer. In the early hours of Wednesday morning, however, representatives from the 20 ESA member states passed a budget of €10 billion ($12.8 billion) for the next three years, on par with the budget passed four years ago. ESA General Director Jean-Jacques Dordain called the agreement a "great success."

In addition to finances, however, the meeting focused on ironing out differences between competing German and French visions for the future of the Ariane rocket, ESA's reliable workhorse for propelling satellites and other cargo into space.

Germany had wanted to continue focusing on a stronger new version of the existing Ariane 5, known as the Ariane 5 ME ("Midlife Evolution"), as had been agreed to in 2008. The upgraded rocket has the advantage of being able to carry a 20 percent larger payload into orbit. The French, meanwhile, preferred concentrating on the next generation Ariane 6. While the new rocket could have a smaller payload capacity, it is hoped that it will be more competitive in the growing commercial market and will not require the €120 million in annual subsidies necessary to support the Ariane 5.

In the end, both countries got what they wanted. The development of the Ariane 5 ME will continue, good news for the Bochum-based aerospace company Astrium, which manufactures stages for the rocket. And the Ariane 6 project will also move forward, though further research must be conducted before production can begin. The hope is for a maiden journey in 2021 or 2022, according to French Research Minister Geneviève Fioraso. Much of the research and development for that project is to take place in France.

The Berlin-Paris compromise on the Ariane also cleared the way for European involvement in NASA's Orion project. The US space agency had expressed interest in cooperation due to its wish to incorporate elements of the unmanned European cargo vehicle ATV, but France had been skeptical and the funding for the added project had been murky.

To Mars with Russia

On Tuesday night, however, France withdrew its opposition. Furthermore, Britain's previously announced intention to increase its ESA funding by 30 percent over the next five years -- including €20 million for the Orion project -- helped shore up the financing. Britain will now provide some €300 million a year to the ESA, far below the German total contribution of €2.7 billion over the last four years, but a welcome increase over previous funding rounds.

The Naples summit also had one final success to celebrate. Back in February, NASA had backed out of a joint mission, known as ExoMars, to send a vehicle to collect samples from the atmosphere of Mars in 2016 and a surface exploratory vehicle onto the planet in 2018. Begun in 2005, some €400 million had already been invested in the mission. Now, ESA has a new partner. On Wednesday, it was reported that Russia is to join forces with the Europeans.

With reporting by Christoph Seidler in Naples