The European Union is facing what the Americans like to call a "perfect storm." Russian President Vladimir Putin is pursuing expansionism on the back of violence and propaganda, Turkey is transforming into a dictatorship and populists are driving Britain out of the EU and have risen to power in Poland and Hungary -- and may soon take the reins elsewhere as well.

Two days after the US election, Europe finds itself gripped by a mixture of disbelief and desperation, only imperfectly masked by formulaic messages of congratulations sent to Washington. Chancellor Angela Merkel even made her cooperation with Trump dependent on his adherence to fundamental values. A German head of government admonishing a newly elected US president to uphold freedom, democracy, the rule of law and human dignity? Normally such a thing would be the height of impudence.

But almost nothing seems normal these days -- neither in European relations with the US nor elsewhere. Current events in Turkey, for example, would likely be the top issue of concern for the EU if it weren't for Trump's election. With the civil war still raging in Syria, Turkey plays a key role in European security, but the NATO country is sliding toward a dictatorship and the refugee deal with the EU is threatening to collapse. Meanwhile, Turkish President Recep Tayyip Erdogan is doing booming business with Putin and even hopes to discuss buying a missile defense system with the Russian president.

Now, another Putin admirer is moving into the White House. The president-elect has praised the Kremlin autocrat several times for the strength of his leadership and has sought to allay suspicions that Putin tried to influence the outcome of US elections -- despite US intelligence agencies' conviction that he did. The fact that Trump has indicated he will demand that European NATO allies pay more for US military protection, and has even called America's own loyalty to the alliance into question, has triggered widespread concern, particularly in Eastern Europe.

If European politicians are of a mind to find any kind of silver lining in the election of Donald Trump, then it is the following: Trump could contribute to European unity, even if unwittingly. The problem, after all, isn't just what Trump said during the campaign; at least as concerning is what he didn't say. Thus far, the US president-elect hasn't presented anything that could even remotely be called a coherent foreign policy agenda.

"You're going to see a lot of fear among America's allies," James Goldgeier, a political scientist with American University's School of International Service, told the New York Times. "And in some cases they may try to do something about it." Eastern European countries under threat from Russia, he says, may not be able to wait until Trump presents more precise plans, if indeed he ever does. During the campaign, after all, Trump repeatedly emphasized that unpredictability in foreign and security policy was advantageous.

"Josef Stalin was the first unifier of Europe," says Elmar Brok, a member of Merkel's Christian Democrats and chairman of the Foreign Affairs Committee in the European Parliament. "In a certain sense, Trump has the opportunity to be the second." Brok emphasized that Trump couldn't be compared to a mass-murderer like Stalin. "But fear can lead to unity, and in this case, the fear is that America may no longer be there."

For European Commission President Jean-Claude Juncker, that concern has already become reality. "The Americans will not see to Europe's security forever. We have to do it ourselves," he said in a Wednesday evening speech in Berlin. Former US Ambassador to Germany John Kornblum was even more outspoken in an essay published by the German journalism consortium RND. "The American umbrella over Europe is gone forever. Trump's election marks the end of the postwar order."

Juncker is now demanding a "new attempt to implement a European defense union including the goal of establishing a European army." Brok, too, expressed support for the rapid implementation of a French proposal aiming at a defense union.

Daniela Schwarzer of the German Council on Foreign Relations expressed a similar view. Even if Trump won't be able to implement everything that he promised during the campaign, "Germany and Europe can no longer rely as usual on the trans-Atlantic partnership," says Schwarzer. "They must stand up for Western values on their own."

Fear of the Populists

That would be difficult enough even if the European Union were in better shape. But with Britain's departure, the EU is losing its second-largest economy and a country with a permanent seat on the UN Security Council. Europe's economy remains unstable and right-wing populists are on the rise in France, the Netherlands, Austria and Germany -- and they are already in power in Poland and Hungary. The European Commission believes the same values Merkel admonished Trump to respect are under threat in Poland.

Many in Brussels are concerned that the EU is facing the same fate as the US -- namely that Front National leader Marine Le Pen could end up being elected president in France and that Frauke Petry, head of the right-wing populist party Alternative for Germany, could even take over the German Chancellery. Such a thing might seem unimaginable, but many thought that Donald Trump's victory in the US presidential elections was unimaginable too.

The anger that many voters feel against government institutions and the establishment, the anger that propelled Trump to the presidency, is also widely present in Europe. But nobody has yet found an answer for how to oppose it. "I don't know whether it will be possible to confront the distrust of Brussels," says Rebecca Harms, floor leader for the Green Party in European Parliament. The skepticism, she adds, isn't just fueled by concerns about having been left behind by globalization, but also by the desire to return to nationalist identity. Left-wing and right-wing ideology is becoming mixed, she says. "At the moment, I am unnerved." 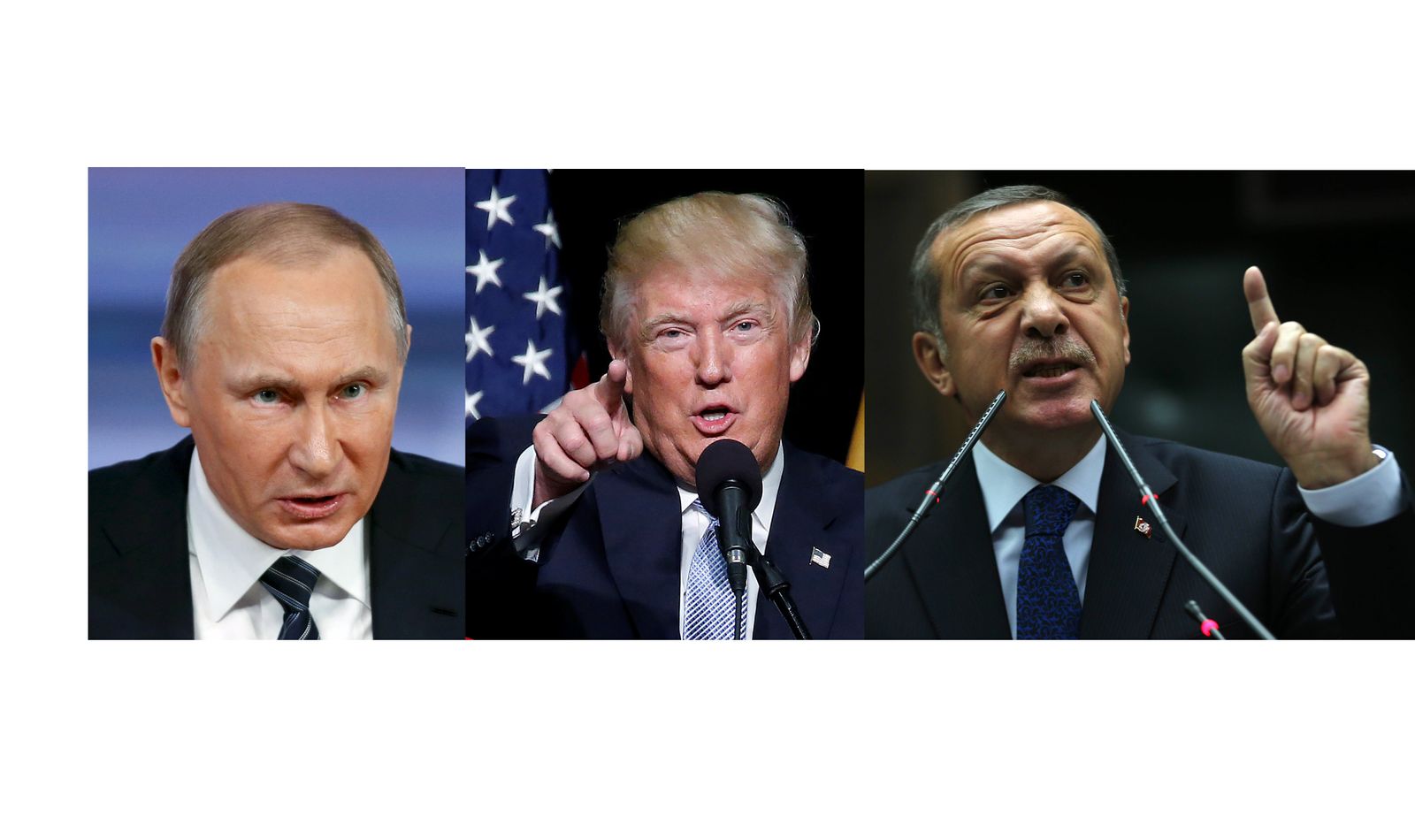 The faces of the future? Putin, Trump and Erdogan 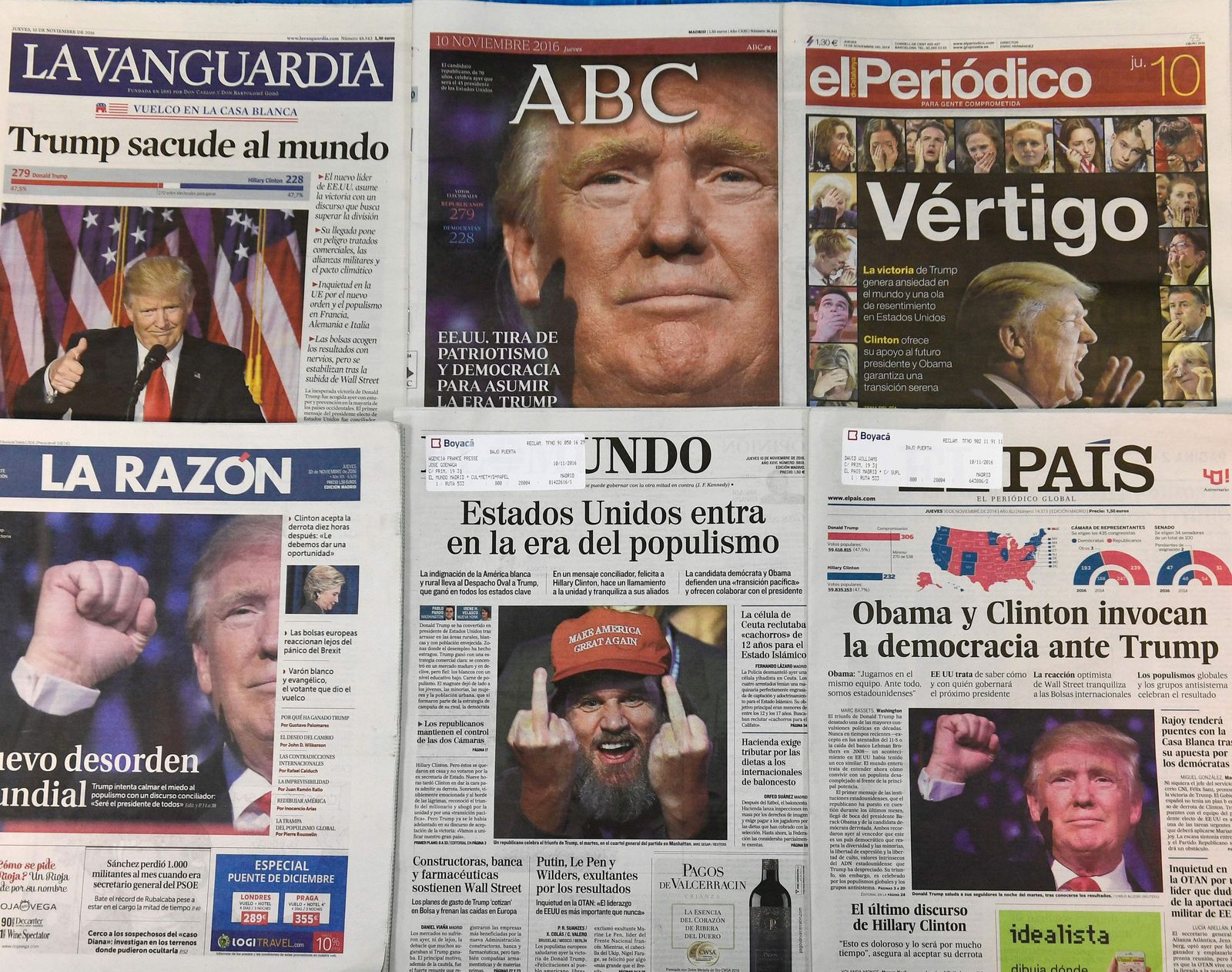 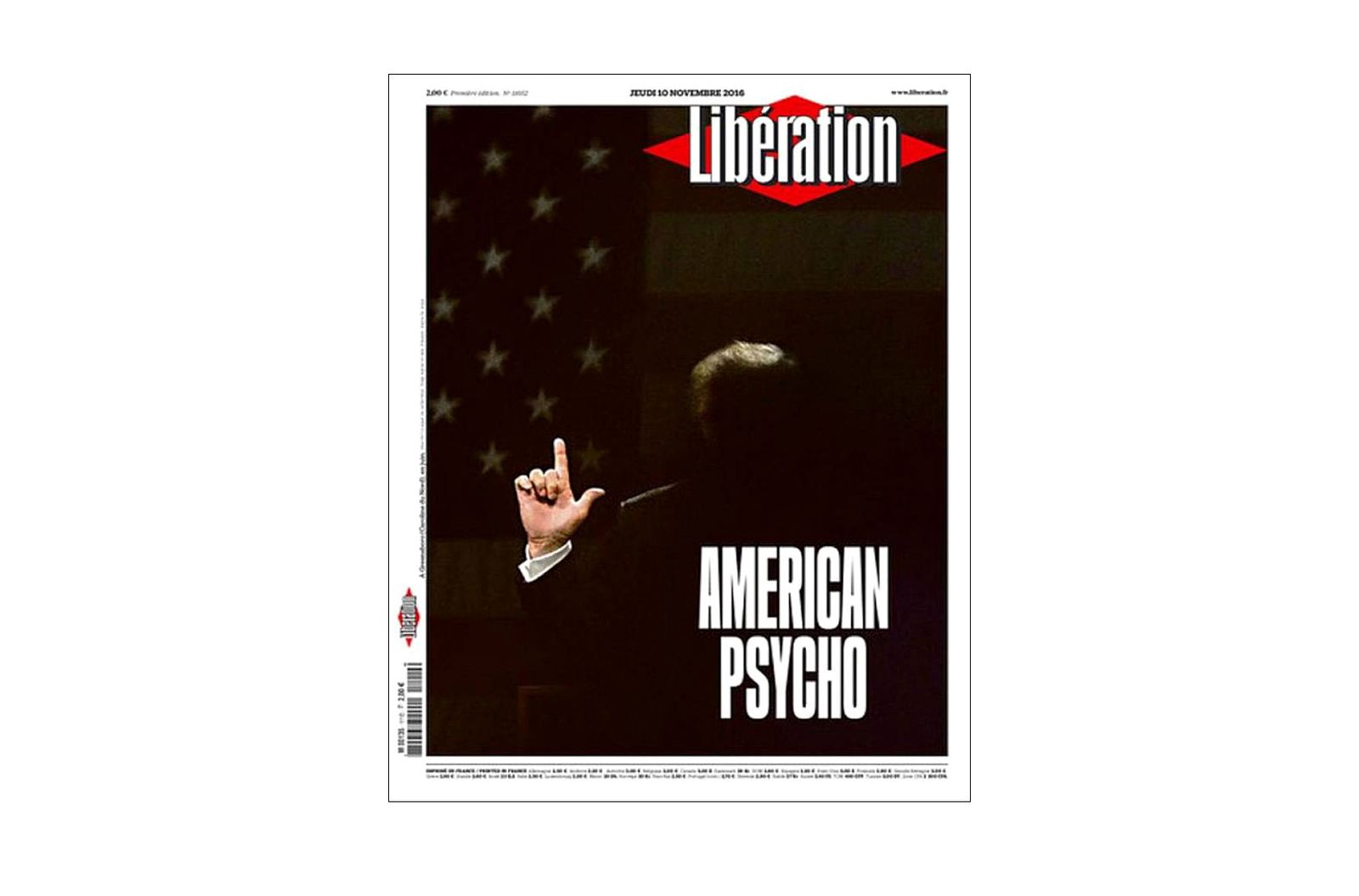