The decision to award the Nobel Peace Prize to the European Union has divided the Continent. While European leaders in Brussels and national capitals are basking in the glow provided by the unexpected honor, euroskeptics in the EU have unleashed their contempt for the Norwegian Nobel Committee.

In Britain, Friday's award has been the subject of particularly heated commentary. Iain Martin, a columnist with the conservative Daily Telegraph dismissed the prize as "beyond parody." He writes that the prize has been awarded prematurely because "we have no idea how the experiment to create an anti-democratic federation will end." Besides, he writes, "daftest of all is the notion that the EU itself has kept the peace." Instead, he writes, it was the Brits and the Americans who brought peace to the Continent.

Members of the House of Commons with the conservative Tories described the decision as "laughable" and an "April Fool's Joke." Meanwhile, the tabloid Daily Mail runs with photos of protesters in Athens burning a flag emblazoned with a swastika during this week's visit by German Chancellor Angela Merkel and quotes the head of the Tory party in the European Parliament, Martin Callanan, as stating, "Presumably this prize is for the peace and harmony on the streets of Athens and Madrid."

Even the EU-friendly Economist columnist Charlemagne writes, "Hmmm," questioning the timing of the award, given that the EU is currently threatened with a break-up.

The 'Opposite of Peace'

Meanwhile, social networks are filled with wise cracks about how the EU, in light of the euro crisis, certainly wouldn't qualify for a Nobel Prize in economics. And there is also considerable speculation online about which of the numerous presidents of EU institutions will ultimately accept the prize. Some newspapers are even calculating how many pence each Brit would get if the €1 million in prize money were divvied up among them.

The gloating underscores the extent to which the debate over the EU has taken a life of its own in Britain. What is considered to be historical fact on the Continent is disparaged as EU propaganda in the UK. "To be sure, France and Germany have not gone to war since 1945," writes Spectator blogger James Forsyth. "But to chalk that up solely to the European Union is a profound misreading of history." He described the decision in Oslo as "bizarre."

Of course, critics of the EU also raised their objections on Friday in other European countries. In Greece, a spokesperson for the opposition Syriza party said that, because of the EU, "we are experiencing what really is a war situation on daily basis … there is nothing peaceful about it." Meanwhile, the Norwegian Peace Council declared that the EU in the past year has stood for the "opposite of peace." In Germany, the conservative daily Die Welt criticized the "forced political correctness of a jury that has overlooked the unpleasant reality of the euro crisis" in awarding the prize. Finally, Imka Höger, a member of the German parliament with the far-left Left Party accused the EU of conducting foreign policy that promotes "adversity, poverty and war."

'The Most Successful Peace Process in History'

Has the EU therefore not earned the Peace Prize? The award does in fact raise a number of questions: How often has the EU looked on helplessly as international conflicts unfolded when it could have done something? And how likely to survive is the supranational idea in light of the nationalism seen in many of the member states?

Regardless, references to recent decisions and disputes seem petty next to the historic success of 60 years of peace, which explains why the Continent is awash in pride over the honor. German Foreign Minister Guido Westerwelle is not alone in considering the EU the "most successful peace project in history." In France, there has also been an overwhelming relief to have the EU viewed positively once again. French daily Le Parisien wrote of "revenge" for the EU, comparing its treatment to that by a mean stepmother. "Unexpected, earned, touched, honored," begins an article in Le Nouvel Observateur describing the feelings of Europeans.

Former European Commission President Jacques Delors called the award "satisfaction for the deceased fathers of Europe." And a statement from the Elysée Palace, the office of President François Hollande, said that "every European should be proud to be part of a union that has created peace between long-warring nations."

The British government, though, has not yet commented on the prize. Apparently Prime Minister David Cameron couldn't manage praise for the EU even on this day. Still, in London many commentators concluded that the Nobel Peace Prize was justified. Despite its imperfections, the EU remains a "beacon of hope" for millions of people on the periphery of Europe, commented the generally euroskeptic Times of London. 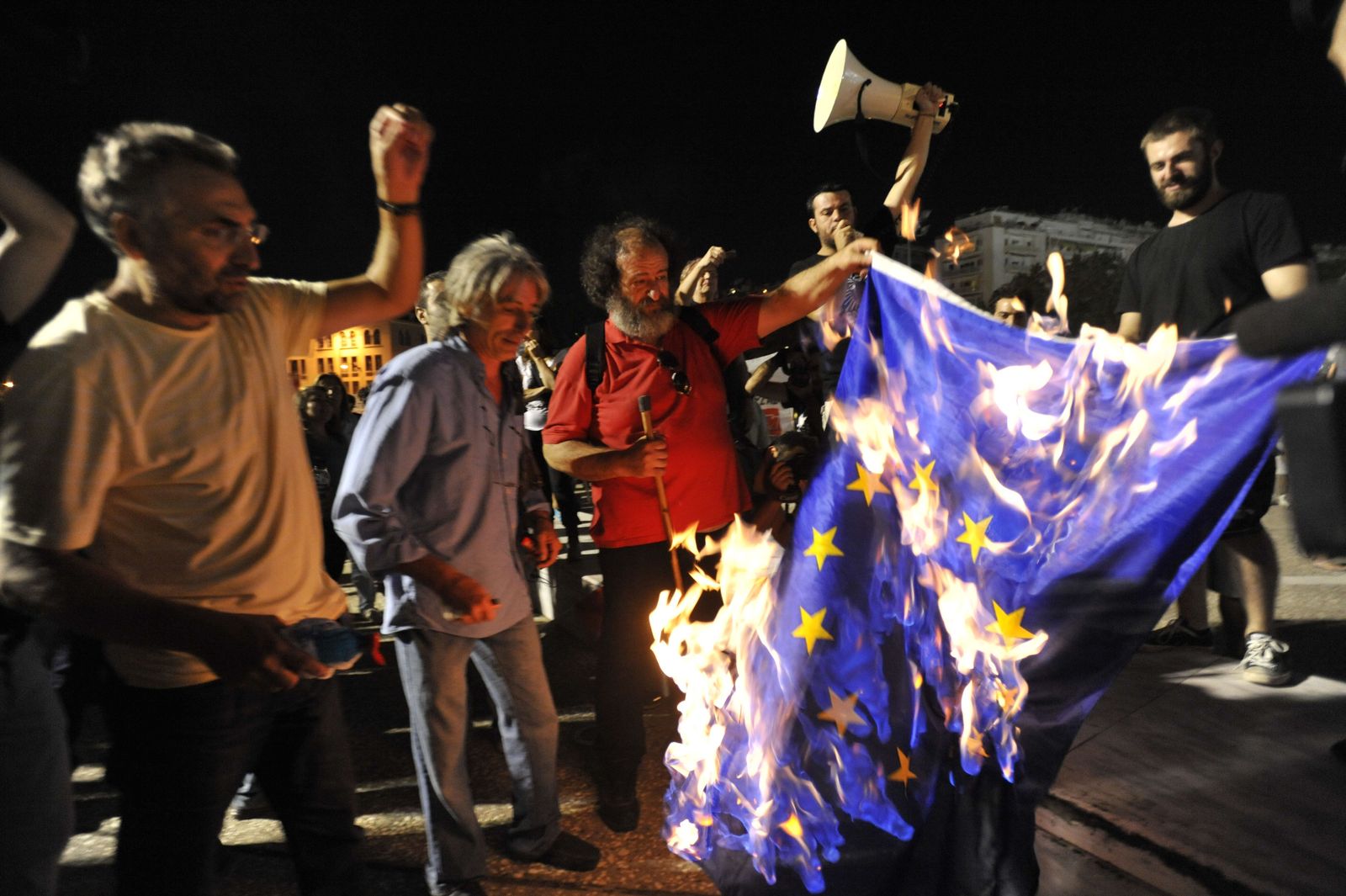