The lanky man who had managed to infuriate his French counterparts just a few hours earlier sinks into the sofa, a satisfied look on his face. "The phrase 'eurozone budget' doesn't even appear in the critical paragraph," crows Wopke Hoekstra, finance minister for the Netherlands. In his slim-fit suit, Bordeaux-red tie and perfectly pressed shirt, he doesn't look like he just spent the last 22 hours in difficult negotiations. It is last Tuesday morning and Hoekstra is sitting in the office of the Dutch delegation, located on the eighth floor of the European Council building in Brussels, sipping his coffee and enjoying his victory.

His mission, after all, has been accomplished. Finance ministers from the common currency area have decided against the kind of eurozone budget that French President Emmanuel Macron wants so badly. The German-French compromise proposal, according to which the Euro Group would be given its own budget, has been buried under a mountain of bureaucratese. "We clearly said what we don't want," says Hoekstra, "a eurozone budget with a stabilization function."

That is not good news for the European Union summit at the end of this week in Brussels. Macron now is faced with the choice of capitulating to the gathered heads of state and government just as he has in the face of the yellow-vest protests at home. Or trying to make one last push to save what is left of his ambitious plan despite the stiff headwinds.

Thus far, the advances made toward the banking union and the expansion of the European bailout fund have been piecemeal at best. But the biggest slap in the face for Macron has been the inability to make any progress on the eurozone budget. Originally, he had envisioned resources in the hundreds of billions of euros. Now, though, it has been whittled down to just a small item in the future EU budget.

Macron's defeat can be explained by the new power hierarchy in the EU. The German-French motor that drove the EU forward for decades doesn't have the same amount of horsepower it used to. Once upon a time, if Paris and Berlin were in agreement, other EU countries would fall into line. These days, though, others are more than happy to seize the initiative if the opportunity presents itself. And that is currently the case: Macron finds himself fighting for political survival back home and Germany has largely been naval gazing since elections in September 2017 -- opening a window of opportunity for Matteo Salvini, head of the right-wing party Lega and Italian interior minister, to launch attack after attack against Brussels.

The Netherlands, meanwhile, has joined together with seven other EU member states, five of which are also members of the common currency union (Denmark and Sweden being the exceptions). The alliance has become known as the New Hanseatic League and the finance ministers of the countries involved regularly meet for dinner. Their joint position papers offer a deliberate contrast to Macron's ideas.

"We always felt very comfortable in the German-British-French triangle," says Hoekstra. But now that the British are leaving the EU, the Dutch want to take on a more proactive role. "We can no longer depend on the big brother from the island," he says. Nor on Berlin, he leaves unsaid.

Many representatives from smaller EU member states believe Berlin has tied its fortunes too tightly to the French. Indeed, the German-French tandem no longer works the way it once did. It used to be that the Germans would bring in the northern EU member states while the French would be the voice of the south. Now, though, the EU's two largest countries are largely alone and are beginning to realize that it is no longer enough for them to work together.

It was a lesson that French Finance Minister Bruno Le Maire learned unpleasantly in last week's gathering of eurozone finance ministers. He long believed it would be enough to find common ground with German Finance Minister Olaf Scholz. But during the marathon overnight negotiating session from Monday to Tuesday last week, he repeatedly found himself in face-to-face sessions with Hoekstra.

"The Netherlands government is in favor of Europe, the euro and European cooperation," Hoekstra says. "But sometimes we are quite concerned that the EU is going too far." A eurozone budget, he says, is unnecessary.

The members of the New Hanseatic League are unified by a high degree of self-confidence. Combined, their gross domestic products add up to that of France, but their economies are much more competitive.

As a result, French representatives are far less sanguine about the new club than their German counterparts. At a shared dinner in late November with Hoekstra in Paris, Le Maire lost his temper. The New Hanseatic League, he complained, is undermining the eurozone reform process and weakening the EU. Some of those present came away with the impression that Le Maire was trying to make it clear who would ultimately be to blame for the failure of Macron's vision.

The article you are reading originally appeared in German in issue 50/2018 (December 8th, 2018) of DER SPIEGEL.

The Frenchman's fury is justified at least in part, because there is no doubt that the common currency's foundation needs to be reformed. That much is clear from a report on the economic policy consultations between the EU and the International Monetary Fund that IMF representatives recently presented to leading EU officials Brussels.

The IMF believes the currency union is facing immense challenges. Growth forecasts have had to be revised downward, including those for Germany, and there are a number of challenges looming, including the trade war with the United States, Brexit and, most worrisome of all, the growing problems in Italy. The IMF believes it is imperative to establish a Europe-wide deposit insurance system in addition to increased "fiscal capacity." The German-French proposal for a eurozone budget, the IMF believes, is helpful, but is much too small. The IMF experts likewise urged the EU to strictly enforce its own fiscal rules.

Hoekstra feels encouraged. "First and foremost," he says, "every member state should take the precaution of ensuring it has enough money available in the case of a crisis." 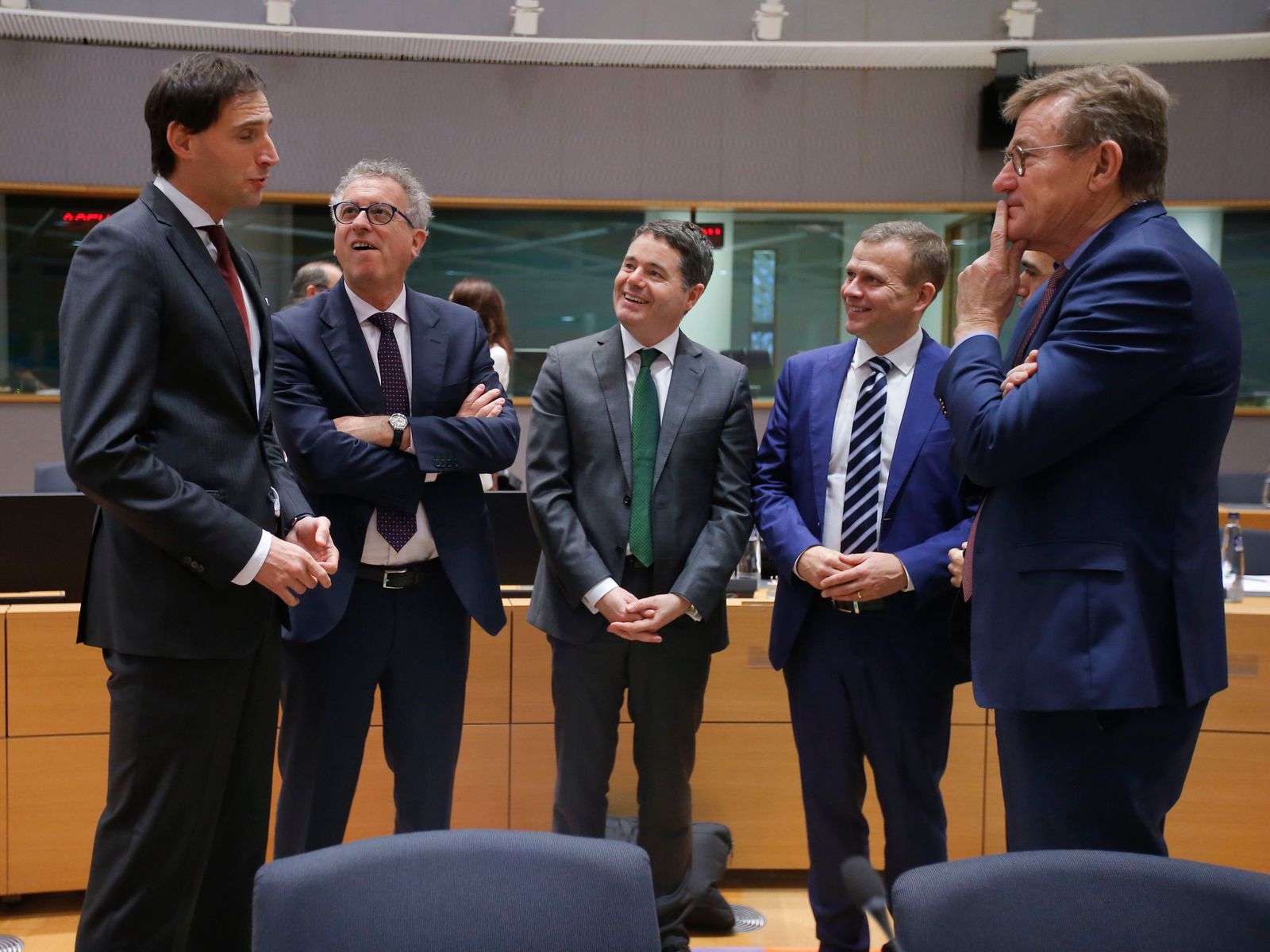 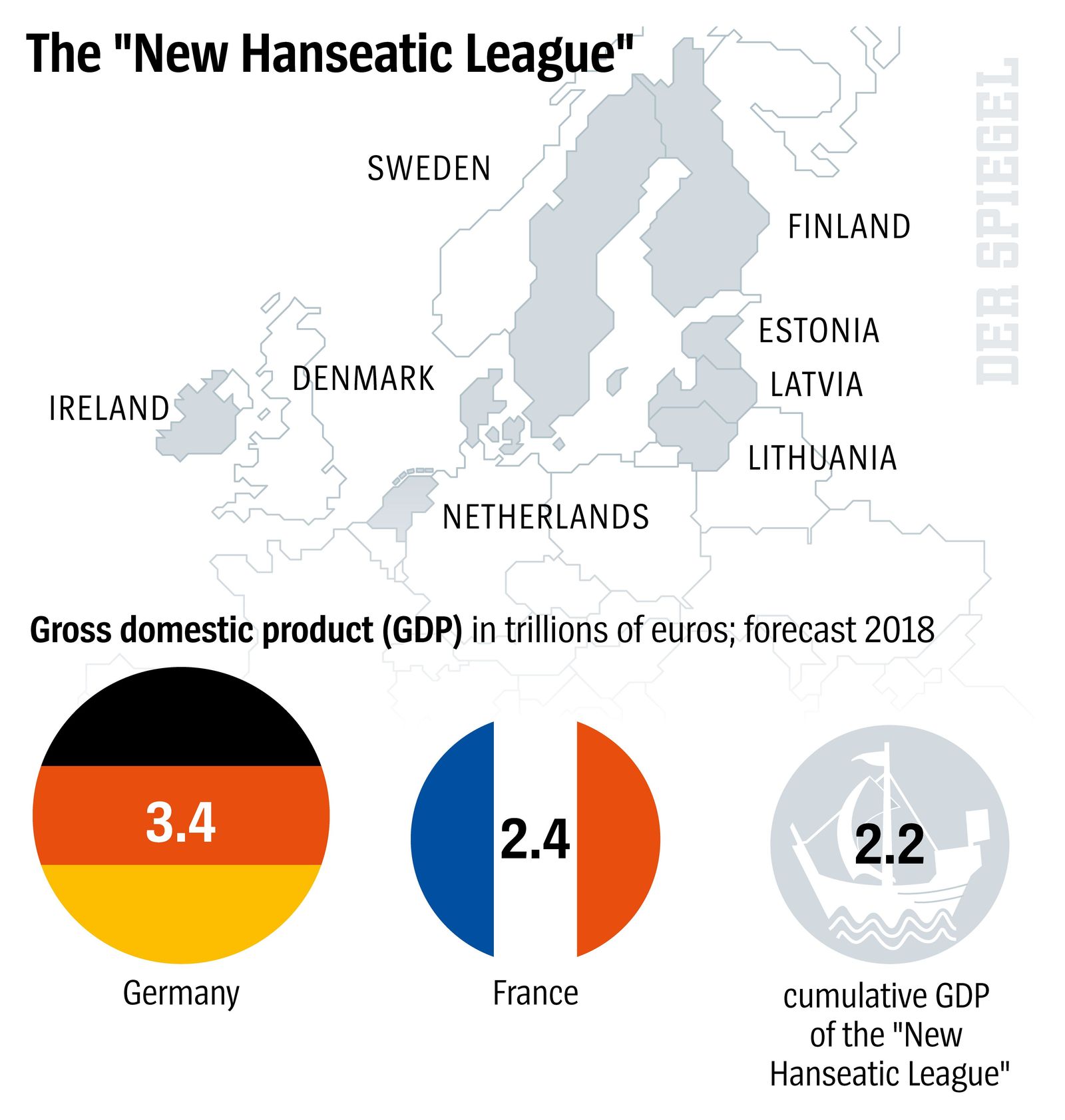